Plus Childish Gambino, Billie Eilish, Cardi B, the Cure, and Mumford 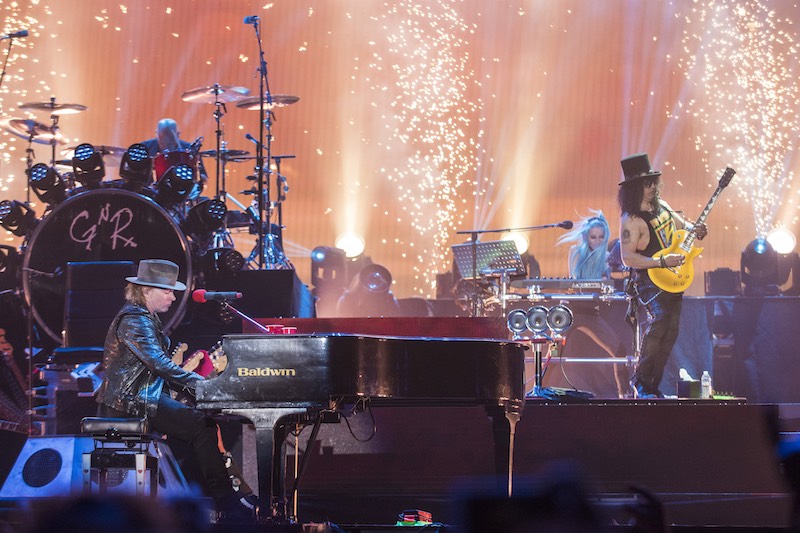 GNR’s confirmation prefaces the first local appearance by the Sunset Strip bad boys since slithering into the Frank Erwin Center in February 1993. ACL’s booking of another metal heritage headliner follows last year’s appearance by onetime GNR tour-mates Metallica. Following decades of inconsistency, the group has proved solid since group leader Axl Rose reconvened with Slash and Duff McKagan in 2016 – as evidenced by a lights-out showing that year at Cowboys Stadium. 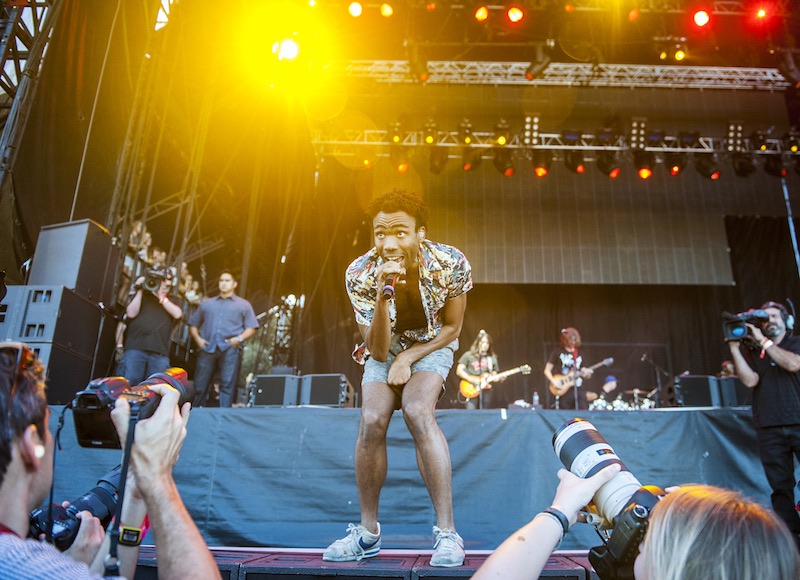 Childish Gambino, aka actor Donald Glover, punches his rain check after last year’s late-breaking cancellation on account of a foot injury. The “This is America” rapper/singer, who flirted with live performance retirement, headlined Coachella earlier this month. Meanwhile, the sleepy, angsty, mood-pop of Billie Eilish personifies the zeitgeist of American music in 2019, currently holding two Top 10 singles and racking over 1 billion Spotify streams.

Much of the local talent, as usual, is divided up over the two weekends. For many attendees, the deciding factors will be queen of the Bronx Cardi B, who plays only Weekend One, and Swedish siren Robyn, who appears on Weekend Two. Yola, the emergent UK roots singer with the voice of a legend, also slots as a Weekend Two exclusive. Tickets for ACL Fest, running $260 for a weekend pass and $105 for single-day entrance, are on sale now. Here’s the new poster. 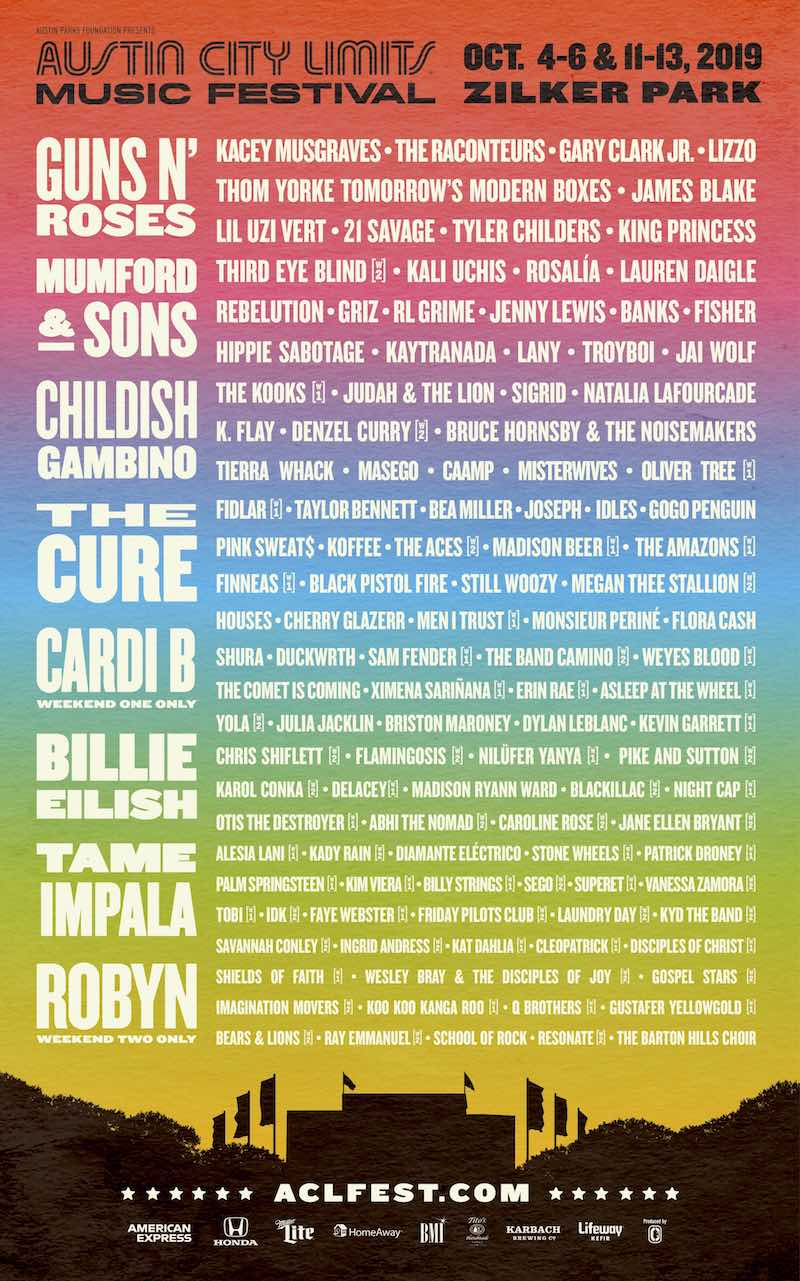