When internal and external politics forced the Old Settler’s Music Festival to relocate from the Salt Lick Pavilion in Drift­wood to a 145-acre ranch just south of Lockhart last year, no one knew whether the three-decades-old event could survive the change. After all, OSMF defined itself by its music community rather than as just another festival. 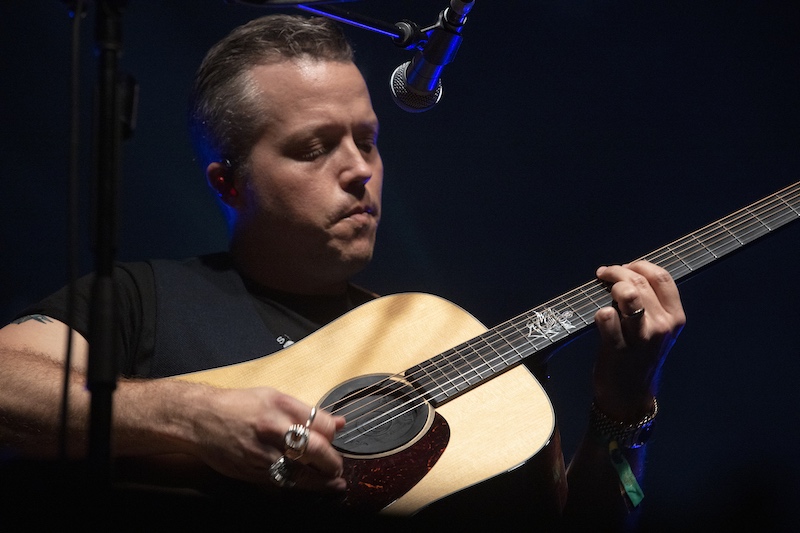 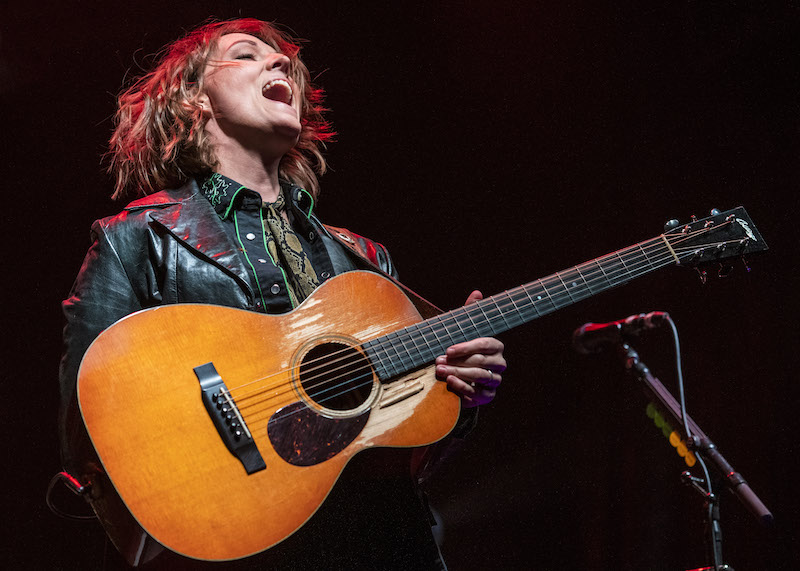 For its 32nd annual staging, the event pulled out the stops with two of the biggest headliners in its history: Jason Isbell and Brandi Carlile, both of whom packed out the evening main stage. More importantly, the three-day concert proved more than capable of maintaining its South Austin, blue-collar hippie vibe and convening a fanbase that’s staked out the weekend camping for decades. The OMSF demographic also grew noticeably.

The second year in the new location ran remarkably smooth, with few logistical setbacks. Ample space allowed kids to run wild and made a clear-cut case for future expansion. Another stage would help bolster the options rather than the music simply alternating between two, but the lineup never dragged. Even with Saturday’s late start due to rain, and the high winds and sudden temperature drop in the evening, an influx of fans never wavered.

Friday’s official kickoff inside the grounds rewarded early fans with an exceptional acoustic set from songwriter John Moreland, joined onstage by fellow Okie John Calvin Abney. Likewise, Amanda Shires showcased more of a rocking, Kacey Musgraves look and sound than her past fiddle-bent ballads. Even OSMF regular Del McCoury surprised attendees with a focus on his high, reedy swagger, which had taken a backseat to his to his sons in recent years. 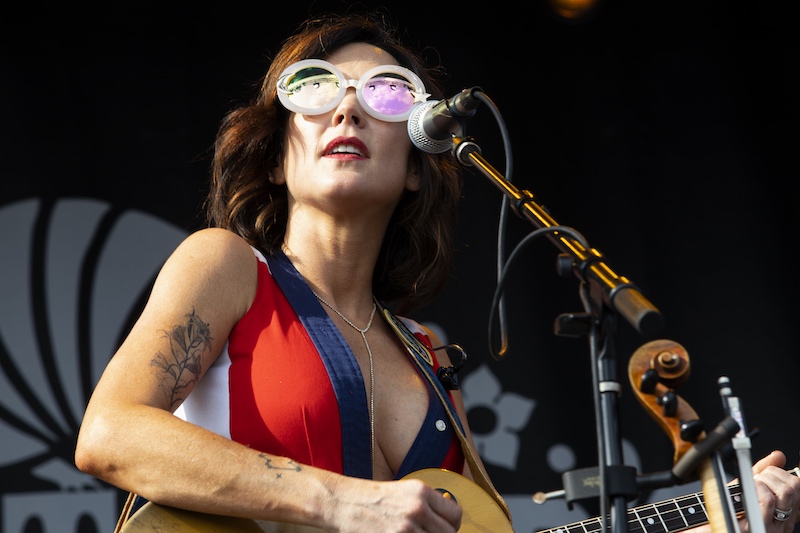 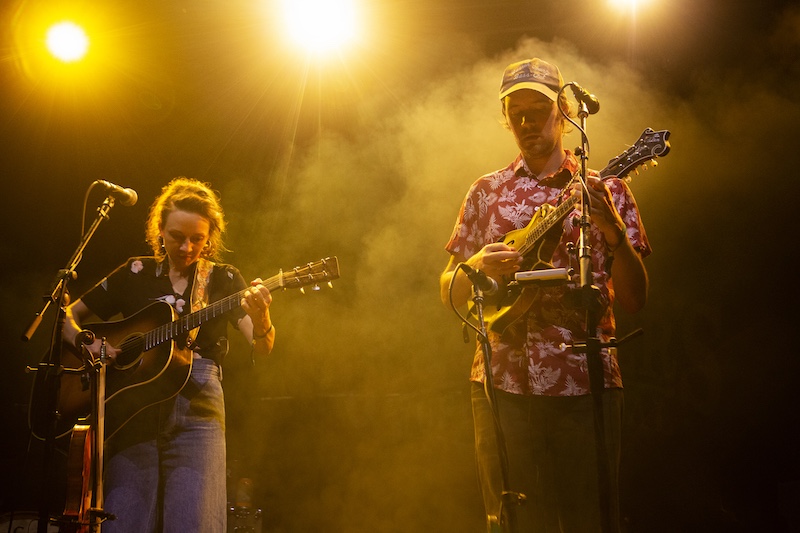 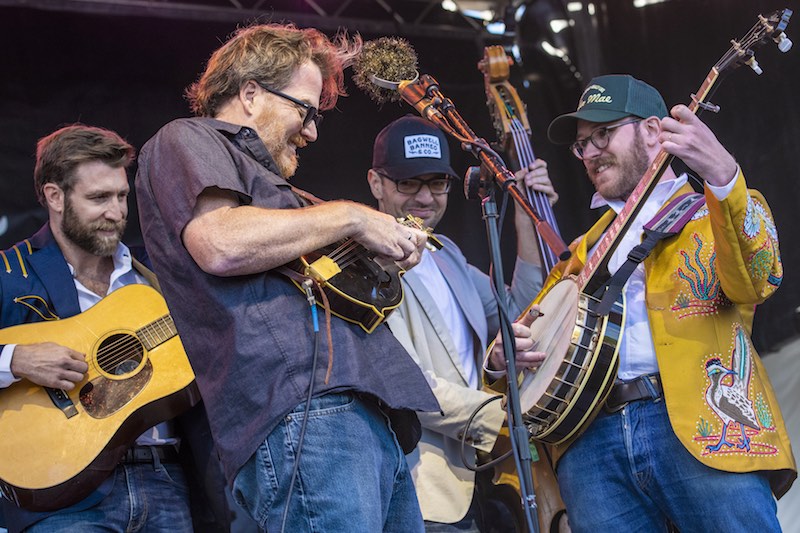 Robert Ellis drew huge appreciation on the smaller Bluebonnet Stage, pounding his portable baby grand as the Texas Piano Man. North Carolina’s Mandolin Orange, meanwhile, strung out one of the most moving sets of the weekend. Isbell then crowned the evening.

His 90-minute headlining set, which found the Alabama singer-songwriter-guitarist seated and leading an acoustic performance with his band, offered an unhurried show with jokes and stories. Chief amongst the rare configuration were exceptional renditions of his more poignant songs. With his spouse Shires duetting throughout, “Elephant,” “Cover Me Up,” and “If We Were Vampires” parlayed maximum impact.

Saturday’s lineup ran more balanced, with Los Legends providing a stellar opening as Rick Trevino played ringmaster to a Tex-Mex treat behind emeritus genre legends Flaco Jiménez and Ruben Ramos. OSMF casts a broad tent over Americana, and the crowd is likewise a unique mix. Nashville bluegrass quintet the Steeldrivers got a taste of that when they tried to amp up the crowd with a gun ballad that fell flat compared to the rousing response of Carlile singing “fuck the NRA.”

Hayes Carll offered a mostly subdued set in the late afternoon sun, and local string standouts Wood & Wire worked three shows into the day, all packed. The wind whipped up ahead of Carlile, nearly blowing her off stage, but her earnest and personal performance proved remarkable. The Washington native and most nominated woman at this year’s Grammys with six, still hasn’t quite evolved the set to account for her new superstar status following her taking home three statuettes in February.

Her best known hits, “The Eye” and new breakout/Best American Roots Song/Best American Roots Performance “The Joke,” both made relatively early appearances to rapturous response. She encored with a cover of Led Zeppelin’s “Going to California.” Although amazing, she’s earned a headlining encore of her own material.

The late-night jams – Shinyribs, Black Pumas, Paul Cauthen, Galactic – and even later campfire picking proved the gathering has regained its footing and the support of dedicated fans. Equally crucial, the festival boasts ample room to build on decades of goodwill and deep roots dives. OSMF has become an elite musical event without sacrificing the community vibe that built it. 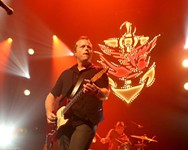