Music’s an unpredictable universe where you sometimes get thrust into unforeseeable situations on a few moments’ notice. That scenario confirmed last week when Austinites Curse Mackey and Rona Rougeheart filled in for goth god Peter Murphy. 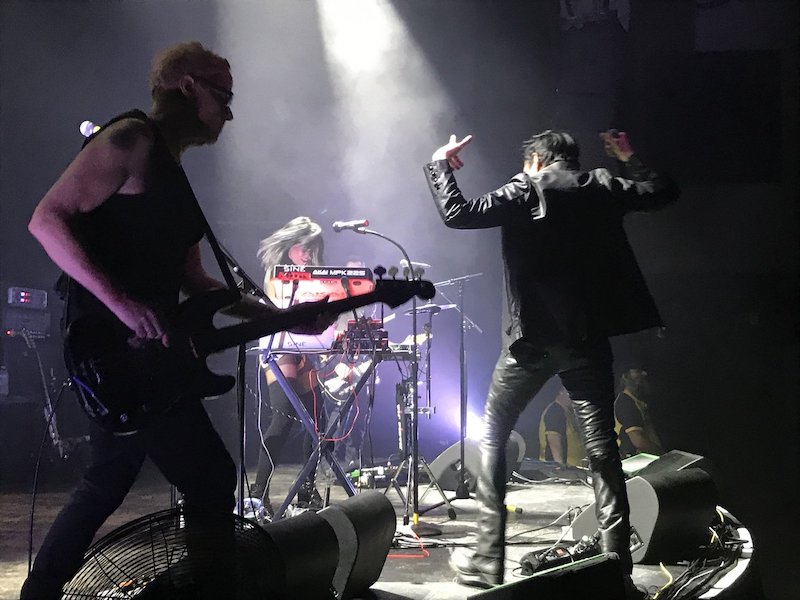 Last Thursday in Orlando, FL., Rougeheart’s electro-rock project Sine opened for Murphy’s 40th Ruby Anniversary of Bauhaus tour, which also featured co-conspirator David J on bass. Only after her set concluded did attendees learn that Murphy, citing exhaustion, would be a last-minute scratch – deflating news, given that the concert was already the make-up date for a previously cancelled performance. Refunds were granted, but instead of the house lights coming on and fans at the 1,250-capacity Plaza Live being shown the door, David J (born David John Haskins) led an improvised set of Bauhaus favorites with help from Rougeheart on beats and Mackey on vocals.

The bassist approached Mackey – a darkwave artist who’s played in a range of industrial acts including Pigface, Evil Mothers, and My Life with the Thrill Kill Kult – with the news and invitation for he and Rougeheart to participate in an emergency collaboration during Sine’s performance. Mackey, who was on hand to perform the single “Drugs” with Sine, broke the news to Rougeheart immediately after her set.

“Both of our stomachs dropped to our feet,” Rougeheart recalls. “Bauhaus and everything David J’s done with Love & Rockets were what we grew up on. These are our heroes.”

Mackey says that in a brief band meeting, David J told the group, which also consisted of guitarist Mark Thwaite and drummer Marc Slutsky, that they were going to play Bauhaus songs in a “very deconstructed dub style.”

“It meant we were going to essentially remix the Bauhaus songs,” explains Mackey, who considers Bauhaus part of his genetic make up as a musician. “This producer named Youth had done that record Killing Joke In Dub, which we were all aware, so we threw it on for inspiration. Then we talked about William Burroughs and Charles Bukowski, and all our favorite literary heroes.”

The ensuing performance began with a few instrumentals, on which Rougeheart played drum pads and triggered electronic sounds, before Mackey appeared onstage to lead “In the Flat Field,” “God in an Alcove,” and “Stigmata Martyr.” The nearly hour-long set culminated with David J and the two Austin musicians all singing a stream-of-conscious take on signature song “Bela Lugosi’s Dead.”

Under utterly disappointing circumstances, the five musicians who had never played all together shared with the audience a unique experience that skirted the night having been a total bust.

“David J really brought the audience in and everybody was on our side,” reflects Rougeheart.

“Being asked to sing such powerful lyrics from someone who has incredible vocal delivery was an honor,” acknowledges Mackey. “It was a once-in-a-lifetime thing that we all went through together – us and the audience – and I think we represented Peter very well.”

Mackey’s debut solo LP, Instant Exorcism, arrives on May 10 via Negative Gain Productions. Next month, he also begins a national tour opening for one-time collaborators My Life with the Thrill Kill Kult. The tour touches down locally May 31 at Elysium with support from Sine, whose latest release, Insomniæ, came out in January. 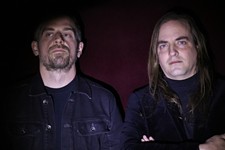