“Presenting artists early in their careers is our DNA,” explains Fader publisher Andy Cohn, who also oversees the magazine’s famed mid-March concert series, occurring annually during South by Southwest since 2002. “The climate we want to create with Fader Fort is one that supports music discovery.” 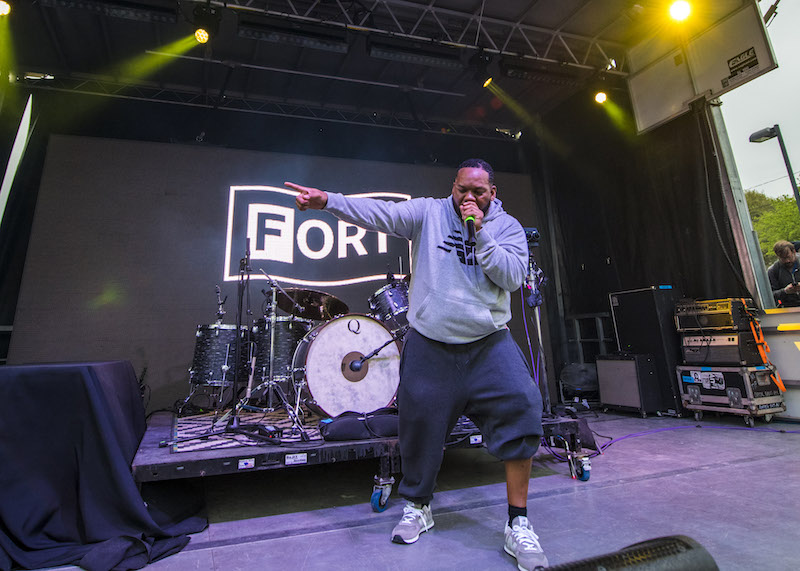 For a second year, Fader Fort returns to a brick-and-mortar location at 1501 E. Seventh. Previously, the event took place in a giant tent in a now-developed field on the central Eastside.

In parallel with an overall trend at SXSW, Fader has paid less attention to superstars over the past two years and focused instead on curating a lineup of the best emerging acts in town for the conference. Cohn says he eventually resented the expectation of bringing in huge acts like Drake every year.

“The one vision we’ve always been aligned with is discovery, and that’s never wavered,” he offered on Tuesday. “The biggest and best memories are bands playing there before they became famous, like Amy Winehouse [in 2007] and Billie Eilish last year.”

Meanwhile, this marks the first year Fader Fort will feature independently-produced panels as part of their programming. This new tract will be available to subscribers of Spotify Premium, which has partnered with Fader on the event. Spotify Premium account holders also get fast-track entry and elevated viewing at Fader Fort 2019.

“We’ve always had a mix of amazing people at Fader Fort, so we thought, ‘Why don’t we get them to talk and we’ll present it in a casual, interesting way?’” explains Cohn of the panels, all of which happen Friday, March 15.