Generations old and new nab honors and rock the Moody

Margaret Moser, who directed the AMAs for decades and turned the event into the live music capital’s premier shindig, frequently recalled a favorite anecdote: Once inside a club, the late scene matriarch would immediately see if she could sneak anyone through the back door. Music appreciation depended on letting in those left out, those without access.

Her commandment in the years before her death in 2017? “Keep opening those doors.”

That sentiment echoed throughout the 37th Annual Austin Music Awards Wednesday night at the Moody Theater. Accepting honors for Best Guitar early in the evening, Jackie Venson declared: “I’m going to continue to hold the door open for more women, and especially black women. And in fact, I’m going to the tear the whole house down.” 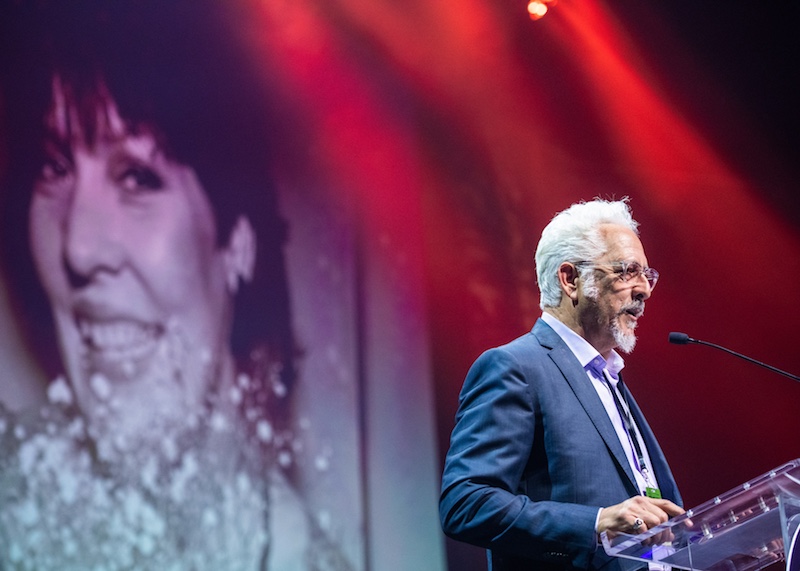 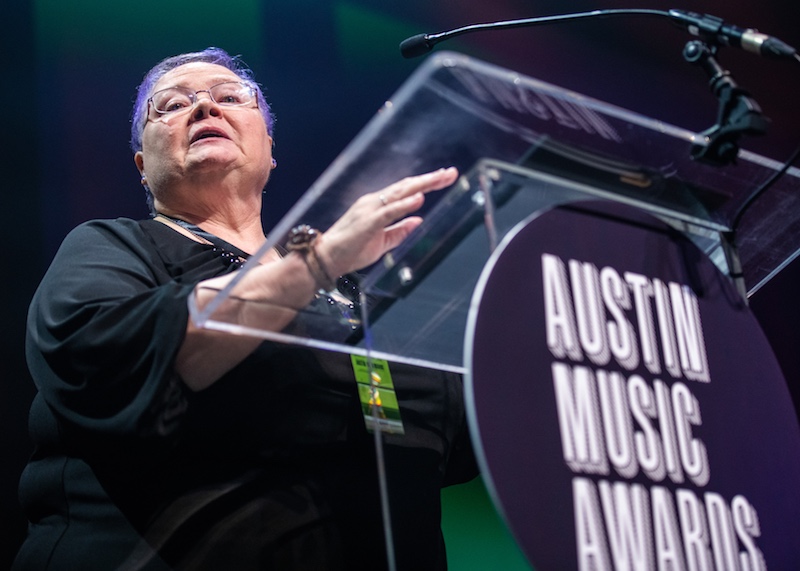 Fitting too, then, that Dianne Scott should accept the fourth annual Margaret Moser Women in Music Award. From her familiar perch at the back door of the Continental Club, Scott’s championed and fostered generations of Austin artists, appropriately represented in her fête set with rockabilly queen Rosie Flores, soul howler Tomar Williams, and blues-funk duo the Peterson Brothers.

“Naysayers be damned,” concluded Scott in an emotional and heartfelt speech. “Austin is still the Live Music Capital of the World.” 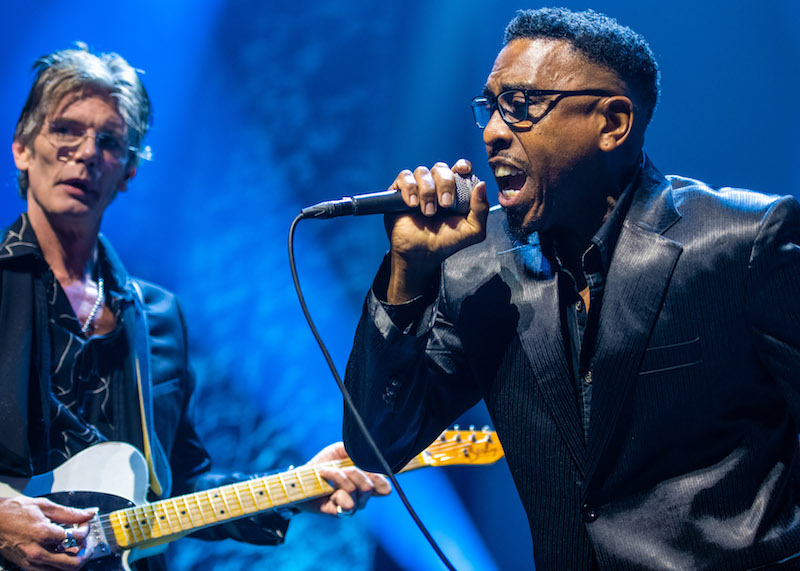 While plenty of familiar names took home awards – including Bob Schneider, adding five more to his uncatchable career total – this year’s AMAs proved one of the most diverse and eclectic in its history. 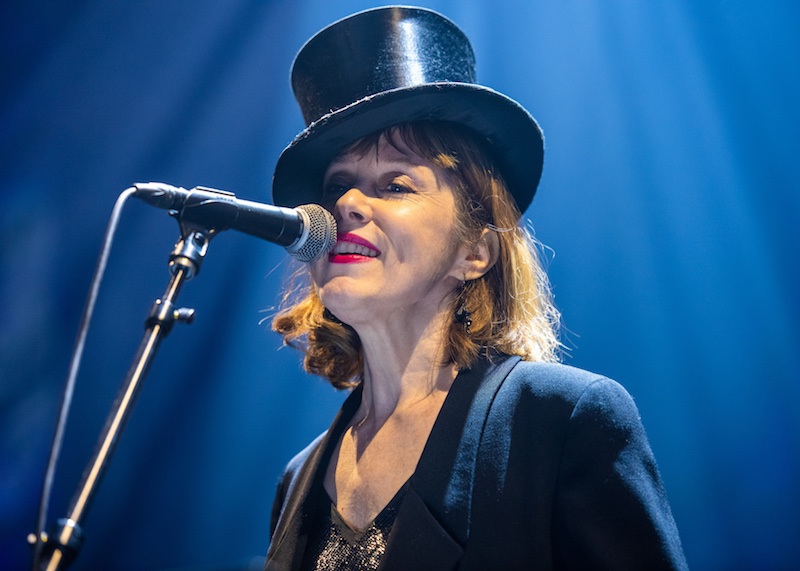 The production ran at a remarkable three-hour clip, but also proved clunky throughout. Struggling to animate the theater early on, the show then ran into technical challenges with the mics and videos. And with little or no explanation, musical sets were poorly introduced: Suzanne Vega delivered a stellar version of “Tom’s Diner,” but it was not at all clear exactly why she was playing the Austin awards show. 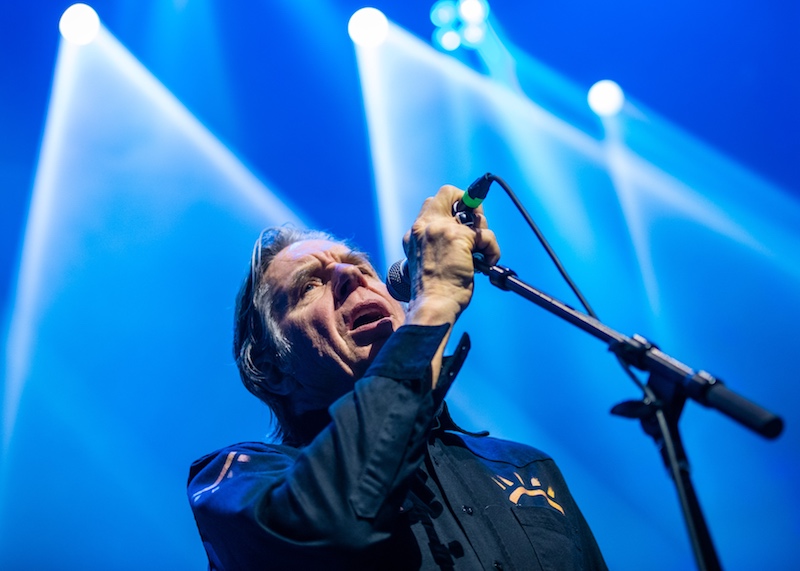 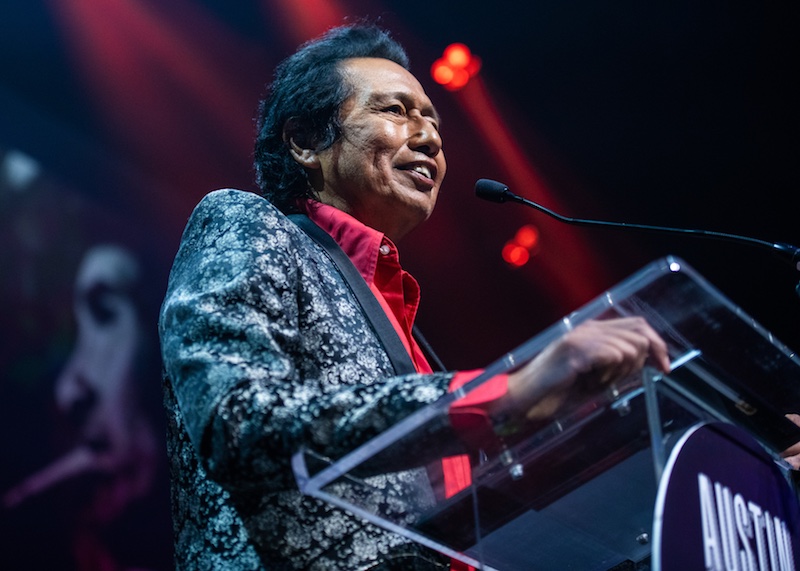 The special guest stars were also underutilized, Ryan Bingham emerging only for the somewhat chaotic “Jingle and Go” and Jakob Dylan merely blinking onstage alongside Alejandro Escovedo for “Castanets.” Escovedo’s reception of the Townes Van Zandt Songwriting Award made for the evening’s core highlight, with X frontman John Doe ripping his onetime punk peer’s “Sally Was a Cop” down to its studs and Carrie Rodriguez’s fiddle cutting into the honoree’s poignant “Sensitive Boys.”

“When I came to Austin in 1980, I had no songs,” acknowledged Escovedo in accepting the award from Spoon’s Britt Daniel. “Thank you, Austin, Texas, for giving me a place where I could experiment so much with songwriting.” 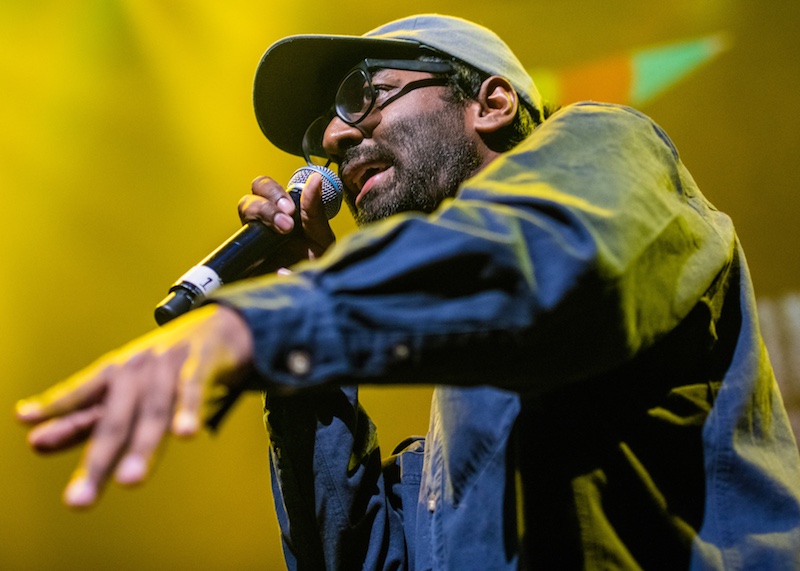 Emerging star Abhi the Nomad didn’t take home any awards, but he did steal the show. Following Shakey Graves and Shinyribs winning Musician and Band of the Year, respectively, the Indian rapper exploded a late-night burst with “Letter for God,” from his standout 2018 debut, Marbled. 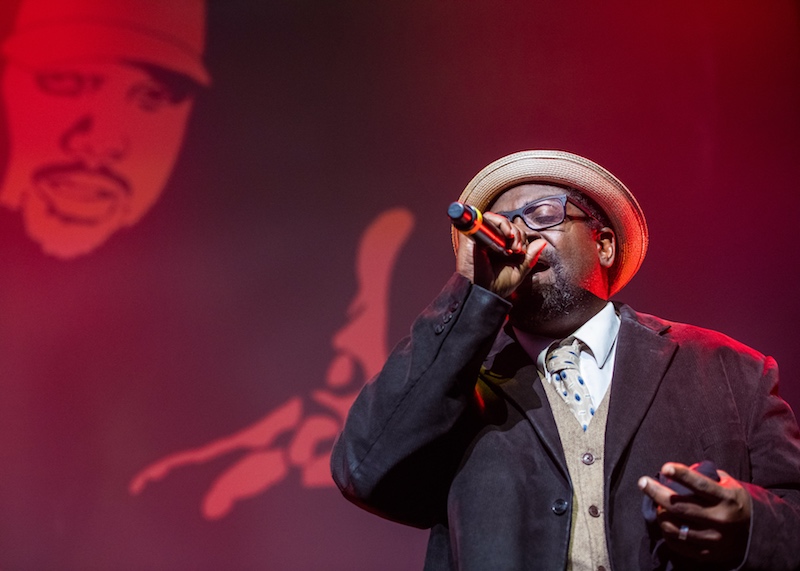 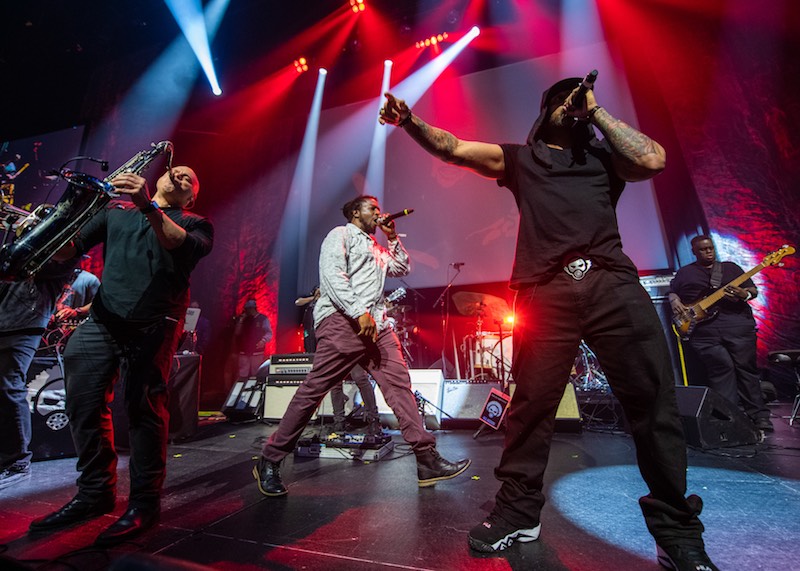 That served as the perfect setup for the closing all-star tribute to MC Overlord, the eight-time AMA winner and Hall of Famer who opened the door to Austin hip-hop in the Nineties. Don Robinson passed away just shy of 50 last year, but his peers and acolytes held nothing back in unloading “Top of the Food Chain.” Dirty Wormz, Bavu Blakes, Tee Double, and Traygod Tha MC all honored the legend, ending the night with “Somebody Loves You.”