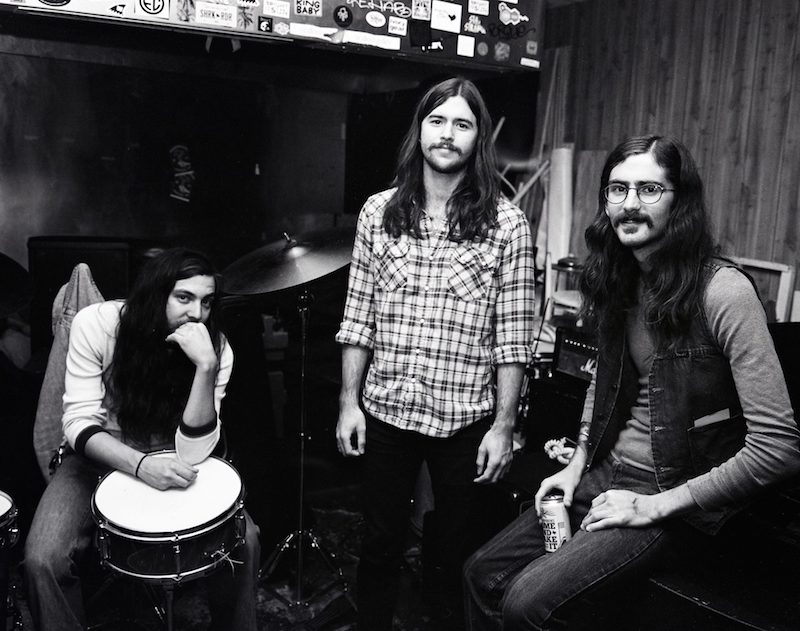 Two-minute opener “Forward” sets the scene with an Allman Brothers-like instrumental, but “Hard Times” echoes the ghost of a Who melody and said UK godfathers’ onstage rugby matches. On the latter track, Crypt Trip – birthed in the Big D in 2013 by singer/guitarist Ryan Lee and bassist Sam Bryant, who then met drummer Cameron Martin in San Marcos – knots up proggy but never chases its own tail, instead winding out lyrical sonic explorations.

“We listen to a lot of music, and I’d like to think what we have come up with on our own is unintentionally reminiscent of all the stuff we’ve been listening to,” writes Bryant when asked about the Southern rock accents on the new album. “We love the obscure hard rock of the Seventies, like Captain Beyond, but we’ve also been very inspired by Doug Sahm on this record. It’s all over the place, really.

“We all love what the Allman Brothers have done with rock and jazz methodology, and that’s a big inspiration for us – blending all our favorite stuff with hard rock being the main influence.”

“The past few years, Sam and I have been living in trailers on farms outside of San Marcos,” emails Lee. “Waking up every morning and being greeted by cows and the sunrise has definitely affected me as a songwriter. Pedal steel just seemed like a good choice as an additional instrument for this record.

“Country music is something we all grew up with, and steel is an essential element to the classic country sound. In my opinion, it’s one of the most expressive and soulful instruments out there. It also lends itself nicely to rock and psychedelic music.

“Geoff Queen, a local player, did an outstanding job helping us bring the two worlds together.”

As for “Hard Times” specifically, the two stringers humor their interlocutor’s point of reference:

“Maybe it was the gong, haha. We were listening to a lot of Grateful Dead while writing this one – probably not the first band I would think of listening to this song for the first time if I’d never heard it, but I think the influence can be heard if you listen close. It’s one of our more straightforward rock songs on this record, so we can see the relevance in the Who reference.” 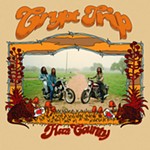