Chatting with the most egoless guitar hero in history

Missouri-born Steven Lee Cropper, 77, remains the most crucial guitarist of Sixties soul. He co-bills with Traffic's Dave Mason in the Rock & Soul Revue at the Paramount Theatre next Thursday, Feb. 28. 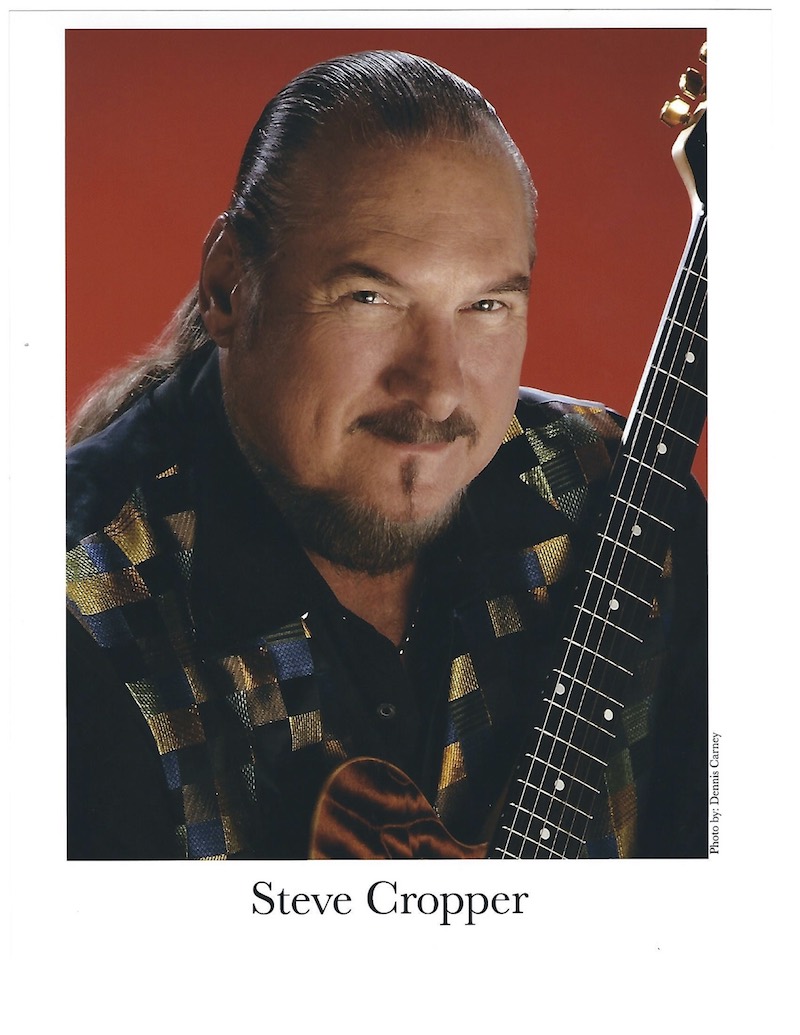 Economical, understated, precise, Cropper prefers two chords and a snare drum over anything flashy. When coaxing a rare lead from his trademark Fender Telecaster as one-quarter of Stax/Volt’s house band Booker T. & the MGs – the stinging stabs on “Green Onions,” the two-note mock-slide hooks on Sam & Dave’s “Soul Man” – it's as humble and minimal as conversation with the man. He’s the most ego-less guitar hero in history.

Downtown in Austin, expect Mason hits like “Dear Mr. Fantasy” and “We Just Disagree” alongside many Cropper-originated soul classics: Wilson Pickett’s “In the Midnight Hour,” whose horn arrangement was born by its guitarist “following the dots” on the side of the guitar neck; Eddie Floyd’s “Knock On Wood,” with another Cropper horn arrangement that reverses the one in “Midnight Hour;” and Otis Redding’s “(Sitting On) the Dock of the Bay.” All that and some beautifully understated guitar playing.

Austin Chronicle: Looking back at your career, it strikes me that you didn’t want to be a rock & roll guitarist. You wanted to play rhythm & blues.

Steve Cropper: I wanted to be a rhythm guy. Most guitar players want to play every note they learned all over the place. That’s fine. Go impress somebody. But I could play rhythm on a session and play the same two notes or the chords over and over all day long if it takes that. And I could do that on a two-minute song or a 10-minute song. It doesn't matter. That’s what I’ve always enjoyed doing.

AC: You always seem to pick the right two notes to play.

SC: Just go with what you feel at the time. I look at myself and I’m not a musician. I never have been. I’m a channeler. But I do listen to the singer, and I listen to the other musicians, and I let it go accordingly. I try to play something that fits in – that doesn’t get in anybody’s way or cover them up.

AC: You have a stinging tone, but you play these really sweet licks. Meanwhile, you’re primarily associated with the Fender Telecaster.

SC: I am! I started in high school with a Gibson, which is a lot slicker, a lot looser, and a lot easier to play. But on sessions? I always say this: It gets a little muddy. The engineers of the day, back in the late Fifties and early Sixties, they enjoyed the Fender Telecaster a little better because the notes were cleaner. When you did those backbeats, it was brighter. If you did it on a Les Paul or something, it was kinda muddy.

I’ve used them on some sessions for solo stuff. It’s just that the Fender Telecaster is more versatile for me. If you’re playing solo, it sorta depends on what you’re playing through. Same thing if you’re playing rhythm. You can get whatever you want out of it. I see a lot of new groups playing Teles. I think that’s pretty cool. They’re usually souped up, and that’s okay [laughs].

AC: I understand the guitarist who had the biggest impact on you was Lowman Pauling, who was a member of Fifties doo-wop group the “5” Royales and co-writer of the Shirelles/Mamas & Papas hit “Dedicated to the One I Love.”

SC: Absolutely and without a doubt! We grew up listening to a lot of rhythm and blues. We listened to pop too, but we just listened to radio, period. The guys would have Bo Diddley as number one, and Lowman Pauling. A lot of people don’t know who he is, and never will know who he is.

His son called me up when I inducted [his father] into the Rock & Roll Hall of Fame [in 2015]. He said, ‘Y’know, when my dad passed away, he was doing janitor work at a church in Manhattan. When he died, they didn’t spell his name right. Now, you’ve got him on the front page in Winston-Salem, and they spelled his name right!’

“There were no colors – zero, none – at Stax. If there was, you left it on the sidewalk before you walked in the doors. Everyone was equal. They were there for the same purpose – to make a hit record. That was all we thought about.”

That’s what we liked. We listened to Hank Ballard & the Midnighters before Pat Boone or Chubby Checker. Chubby Checker made “The Twist” famous, but it was a Hank Ballard record first. And my high school band the Mar-Keys, I guess we kinda picked up on that beat and didn’t realize it.

I always tried to figure out why our record “Last Night” was such a big hit. Then I remembered the first time I played the record for my mom, she put it on the record player in the living room and started doing the twist [laughs]. So, that’s why it was a hit: It was the first twist instrumental.

It took me years to figure that out!

I’ve been very fortunate with hook lines and things people can remember going down the street after they hear a concert or hear a record. “Play that again!” Well, today’s market has changed considerably. You still have great songs with good hooks, but they don’t always time it that way. They write more poetry and put music to it. Or maybe vice versa, I don’t know.

It’s always been hard for me to write a song with a set of lyrics someone gives me to try and put music to. It’s a little weird. Usually, the music goes hand-in-hand. You write ’em both at the same time. That’s the way I like to write.

AC: You enjoyed the music business education of a lifetime at Stax in Memphis: You did everything, from working in the record shop to writing songs and producing.

SC: Sorta like the guy who started in the mail room, I started in the record shop. Jim Stewart and his sister Estelle Axton started Stax – their last names formed the name. He wanted to build a studio, and she said, “I will give you the money to build your studio if you will let me have a record shop up front.”

Because her son [Mar-Keys member Charles “Packy” Axton] and I went to school together, I asked if I could work in the record shop. Soon, she went to Jim and said, “You’re gonna have to start paying him. He spends more time in the studio than he does in the record shop [laughs].” So, they worked it out so I got paid through the label.

AC: One of the coolest thing about Booker T. & the MGs was its interracial lineup. You guys were a civil rights movement unto yourselves.

SC: That’s right. I saw it in action. I get asked about that in interviews all the time, and I always say, “There were no colors – zero, none – at Stax.” If there was, you left it on the sidewalk before you walked in the doors. Everyone was equal. They were there for the same purpose – to make a hit record. That was all we thought about. 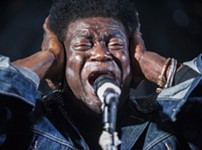 SXSW Live Shot: Charles Bradley
To touch the hem of his garment 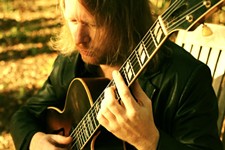 The Complete Jake Langley
Guitarist makes dazzling choices and then some