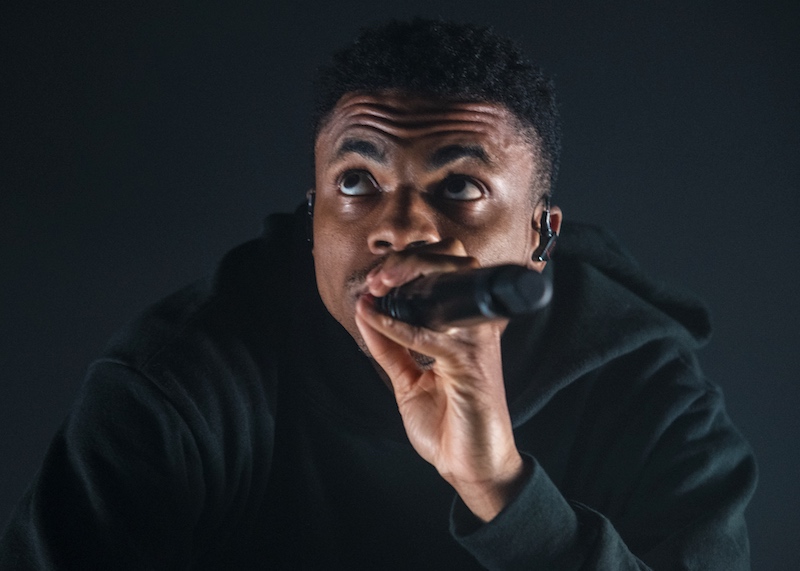 Black-clad, shrouded in white lights, and dripping with artificial smoke, the 25-year-old Compton-born rapper kickstarted the local showing of his Smile, You’re on Camera tour with soft banger “Feels Like Summer,” off his third studio LP (2018’s FM!, which spans just 22 minutes). Keeping up with the tour title, the Long Beach MC filled video screens with a live feed of the crowd. And given the way Staples sounds, everyone on camera did nothing but smile – and dance.

After all, Staples’ ethereal, melancholy soundscaping on “745” and “Rain Come Down” and his evocative commentary in “Fun!,” “No Bleedin’,” and “Party People” – addressing growing up amidst gang violence and poverty – go hand in hand. On East Riverside Drive, he flowed seamlessly between the pop-hype essence that saturates FM! and the dark techno and ominous house beats off sophomore album Big Fish Theory. Demonstrating the dynamic vocal capabilities of a shapeshifting Tulpa, the main event commanded the stage all by his lonesome.

Pre-recorded background vocals overtook voiceless gaps in his performance a few times too often – but then, even hip-hop gods need a second to breathe. Finishing at just under the hour mark, upbeat fan favorites “Norf Norf” and “Yeah Right” found the whole scene jumping up, down, and off the walls.

“That’s it?” called out one disgruntled fan.

Being a long-term associate of recently deceased rapper/producer Mac Miller, Staples rushed offstage while bidding his late colleague a peaceful rest. For the next 15 minutes, then, the former’s face and voice overtook the screens with videos from NPR’s Tiny Desk Concert. Staples had said his part, so he let his friend do the talking.

Usually, when musicians dip out, so do the crowds. Not this past Saturday in Austin. Very few left before Miller’s pixelated ballads concluded. An aura of grief clung to the crowd as they shuffled out, but that mixed with something hopeful, too.

Rappers come and go, but musical legacies live on in the eyes, hearts, and ears of everyone they reach. 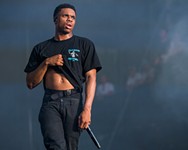 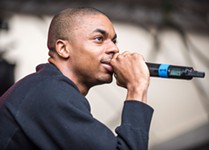 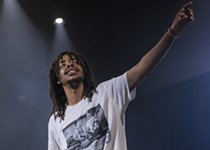 Thebe Kgositsile and Earl Sweatshirt Become One at Emo’s
L.A. rapper shakes off some of the melancholic 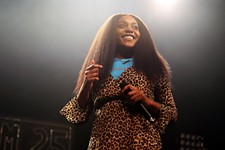