New All Eyes Single “Anesthesia” Inspired by Singer’s Near Death

“I was in the hospital for a month and I don’t remember any of it,” reveals Jordan Marecek about the 2015 scooter accident that inspired All Eyes’ latest single, “Anesthesia.” 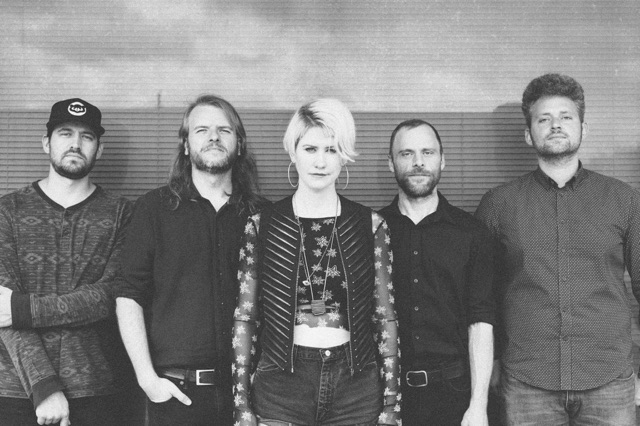 Except she didn’t write it. The experience was too real. Barely surviving serious head injury, the singer underwent three brain surgeries. Her ears still ring from the trauma and will for the rest of her life.

“Geoff and I had worked together and been friends. One day, he asked if I wanted to sing on this track he’d been working on and I told him yes, because I love to sing and I hadn’t done it in a long time,” recalls Marecek, who previously played in Midnight Masses. “He really liked how it turned out and then he goes, ‘Band practice is next week.’ I was like, ‘Whoa, whoa, whoa, whoa! What did you sign me up for?’”

The union turned out unexpectedly therapeutic. Earle told his recruit that her story was compelling and he wanted to make a song about it.

“I told him, ‘You’d be better to write the song because, for me, it’s just a memory and I don’t have anything to say about it,’” Marecek relates.

“Anesthesia,” streaming here for the first time, finds Earle and Marecek offering a trapped-in-your-head duet over complex half-time rhythms and smashed keyboards on the verse before exploding into the tuneful hook where Jordan’s voice breaks free: “Anesthesia, it’s been so good to get to know ya.”

“The great thing is [Geoff] wrote it from my perspective in a way that actually gave me insight into what I had experienced,” says Marecek, who co-wrote the track’s melodies. “He’s given me a new way to deal with what I went through, because I get to sing about it all the time. For that, I’ll thank him forever.”