Closing in on 40 albums while boasting 10 Grammys, Arturo Sandoval’s legend speaks for itself. Cuban-born, the 70-year-old trumpeter recently scored Clint Eastwood’s film The Mule after releasing Ultimate Duets, an album featuring icons from Stevie Wonder to Pharrell. Catch him Friday for two shows at the One World Theatre. 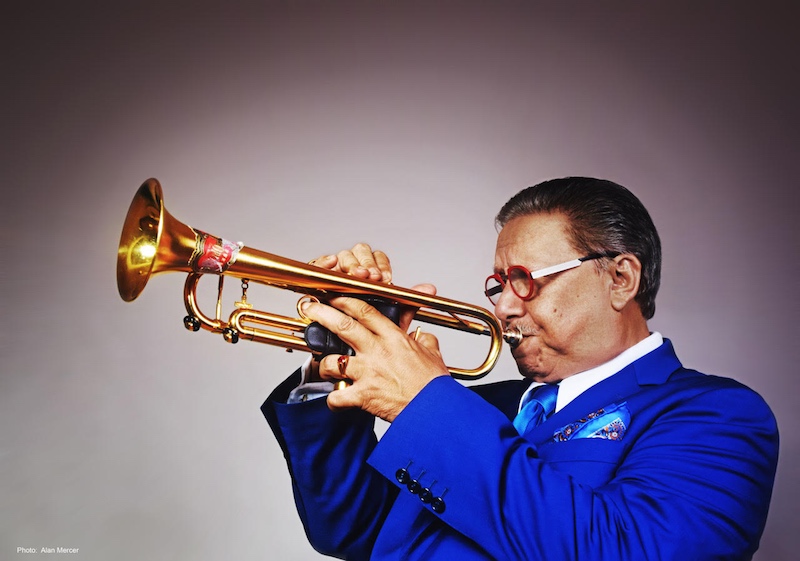 Austin Chronicle: You’re coming off a busy year. How are you doing today, Arturo?

Arturo Sandoval: I’m doing beautiful. I’m happy that I got up this morning and I’m still breathing without any machines. That’s a reason to be happy.

AC: Let’s take things back a bit. Can you recall the moment in your life when you first fell in love with jazz?

AS: The first thing I did was play traditional Cuban Music. I was 11 years old. When I was 14, I got a scholarship to get classical training at the Conservatory of Music. I started playing in a big band, but I had never heard of any jazz music until a journalist asked me if I was aware of jazz.

I said, “No, no, I’ve never heard of that.” Then he played me a Dizzy Gillespie and Charlie Parker record. Wow, that was it, man [laughs]. That turned my head upside down and since that day I’ve been trying to learn jazz. I’m still learning! It’s an endless career.

AS: That’s correct, yes. You know, I listened to the The Voice of America Jazz Hour, which was a radio program broadcast every day from Washington and hosted by the late, great Willis Conover. That was the only way we had to listen to jazz and that’s what I did every day for so many years.

Jazz is a language. It’s something you have to put in your soul, your blood, and in your brain. I believe there’s only one way of learning jazz, and that’s to listen. A friend of mine used to say three words that have been very good to me. He said, “Imitate, emulate, create.” In that order.

AC: You lived through some of jazz’s golden age and were so instrumental to growing the genre. Why do you think jazz fell out of popularity and what will it take for it to return to its former status?

AS: I gotta tell you... It’s impossible to fight against the lack of support of our beloved music. I’ve lived in this country for 30 years and I’ve never seen one minute of jazz on television. I really consider that a crime, because I am positive that jazz is the most profound and incredible art form that has been created in the United States. There are people, young people, who are not aware of that and it’s not their fault, because they don't have a way to know that information.

AC: What advice would you give to a young music fan who’s interested in jazz but isn’t sure how to listen and appreciate it?

AS: You have to really pay attention to the stage and what the musicians are sharing with you. It’s not music you can be talking during or thinking about something else. It's like listening to Mozart or a symphony. You have to really concentrate to start to understand what’s going on, what improvisation means, and the value of creation on the spot.

The musician is giving the audience their soul, their feeling, their way of thinking, the message transmitted to them from the bottom of their heart. That’s something you have to learn how to listen to.

AC: You recently scored Clint Eastwood’s film The Mule. What makes scoring appealing to you at this stage of your career? Is it true you can’t go to movies without humming along to the film?

AS: Haha, where’d you get that? You know what? That's very true. I can't help it, man – every time. I always do it, because I imagine melodies, sequences, and things in my mind when I watch. I enjoy scoring so much you can’t believe it. I am so grateful and happy, because working with Clint was such an honor.

You know, when you start looking at movies without music and you create something and include it, you start to realize what the music is capable to do. The magic of the music when you add it to the film; it's amazing how it can make such an incredible difference. It’s so rewarding when you play it back and see how the movie gets enhanced from the music.

AC: Are you interested in scoring more films in the future? What else are you curious to do that you haven’t yet?

AS: I gotta tell you my way of thinking. I don’t make plans for the future. I concentrate on these 24 hours. I enjoy very much what somebody told me once. They said, “If you want to see God laughing very hard, tell him about your plans.” Oh man, I love that one because at the end, he’s got plans for you.