Live Shot: Hi, How Are You Day

“Now some of you are going to have to retract 20 years of talking shit,” admonished host Andy Langer Tuesday night at the Moody Theater. Austin’s most polarizing singer, Bob Schneider, had just delivered a faultless and engaging set at the sold-out Hi, How Are You Day concert. 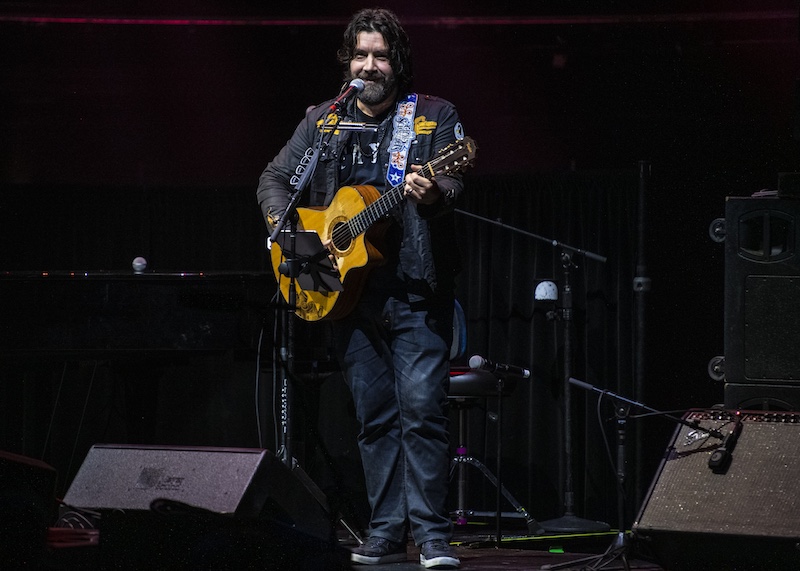 Schneider, who many in Austin’s underground view as the townie equivalent to Dave Matthews, gave a three-song performance truly in the spirit of the night’s honoree, lo-fi songster Daniel Johnston: simple, raw, captivating. It began with “Hours and Days,” a deep cut on his 2018 album Blood and Bones, that plunked caveman acoustic guitar under strange lyrics like: “And the cops are trying to pull you over/ But you’re not pulling over/ And the stewardess is giving you her number/ And the plane’s taking off with the doors wide open.” He closed with a spot-on rendition of Johnson’s sympathetic “King Kong.” 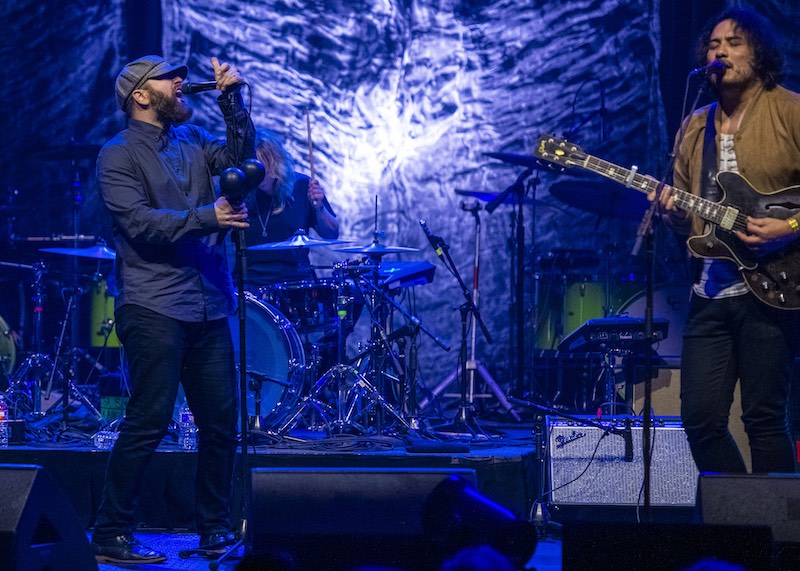 Still, on a bill consisting of nine acts playing 3-5 songs each, the Black Angels turned in the best hometown offering. The psych rock quintet reached an alchemic peak on “Half Believing” before breaking orbit with an imaginative cover of “Rocket Ship” from Johnston’s best self-released cassette, 1983’s Yip/Jump Music.

Yo La Tengo provided additional highlights, performing a slow version of DJ’s “Speedy Motorcycle,” which the indie vets famously recorded with Johnston over the phone while performing on New Jersey’s WFMU in 1990. Built to Spill, who backed the birthday boy on part of what was unfortunately billed as his “Final Tour” in 2017, brought the audience to its feet with their brilliant “Goin’ Against Your Mind,” then upended the celebrant’s steamy “Bloody Rainbow” into a nebula of distortion. Ex-Hüsker Dü frontman Bob Mould, performing solo with an electric guitar, played equally loud and inspired, letting out a spirited “Hoover Dam” from classic Sugar LP Copper Blue and lone favorite “See a Little Light.” 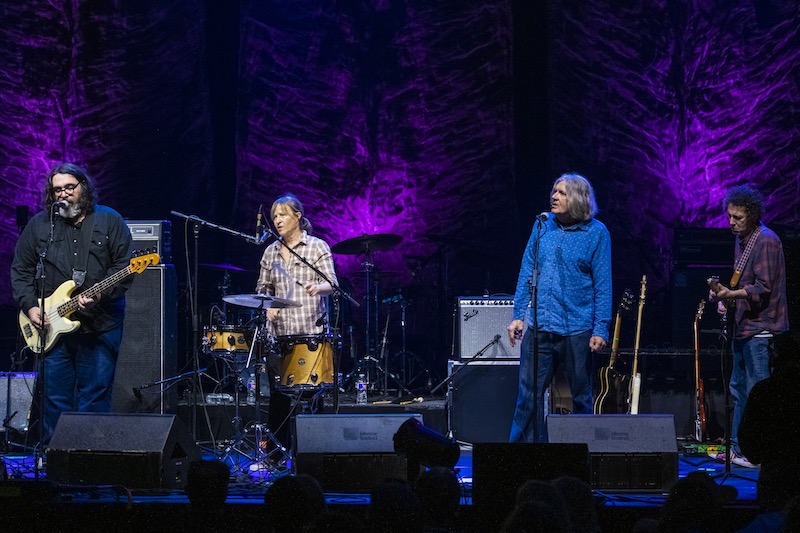 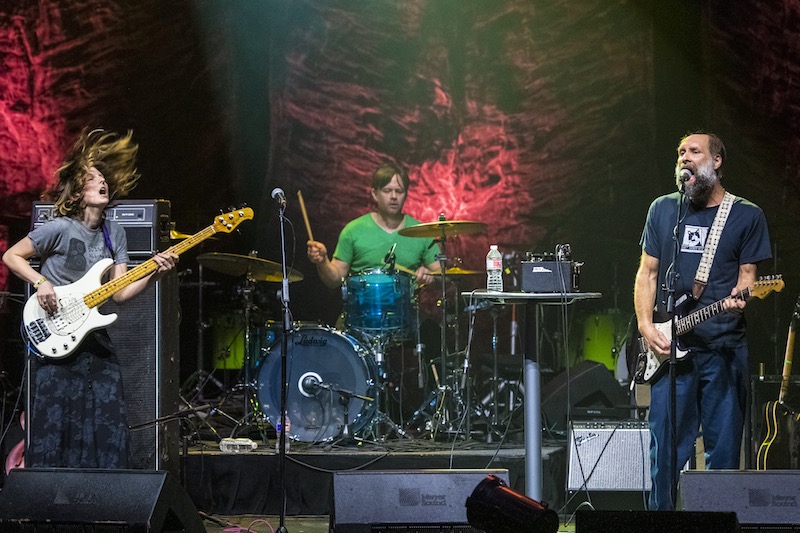 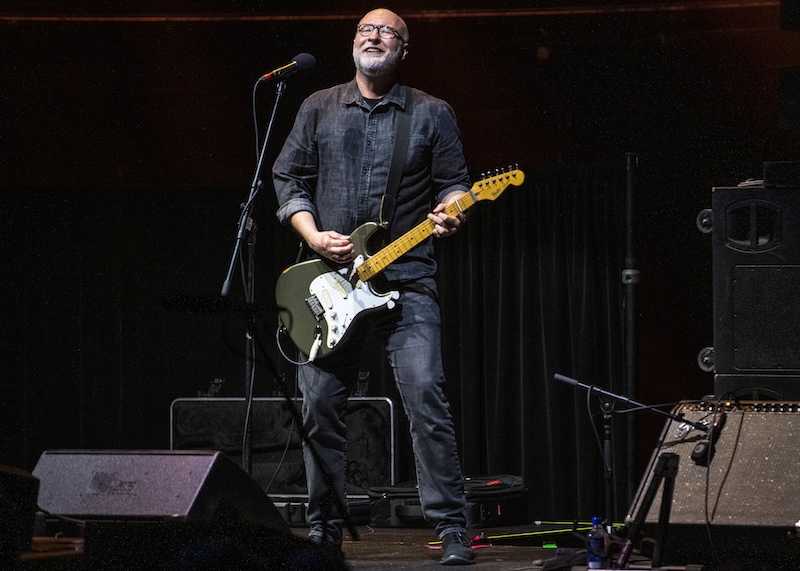 Meanwhile, two mainstream acts felt like punishment to fans of the outsider music hero. Piano-playing pop star Gavin DeGraw, who closed with his mega hit “I Don’t Want to Be,” came off utterly saccharine and made us question: did DeGraw even know who Daniel Johnston was before booking this appearance? Los Angelenos The Moth and the Flame, who want to sound like Radiohead but instead resemble Imagine Dragons, stroked repetitive, hooky, big-voice commercial rock. They proved terribly boring for discerning devotees of Johnston’s wild songwriting, although singer Brandon Robbins did hit the night’s theme with “The New Great Depression.”

Getting people to talk openly about mental illness was the message of the event, organized by Johnston’s business manager Tom Gimbel and his partner Courtney Blanton. Compared to last year’s inaugural Hi, How Are You Day, a show at Mohawk with locally-sourced talent, this year’s extravaganza evidenced major growth: multiple live streams, brand sponsorships, and significant headliners.

Alas, Daniel Johnston himself did not make an appearance – as he had the year prior. Instead, he spent his 58th birthday in the hospital. 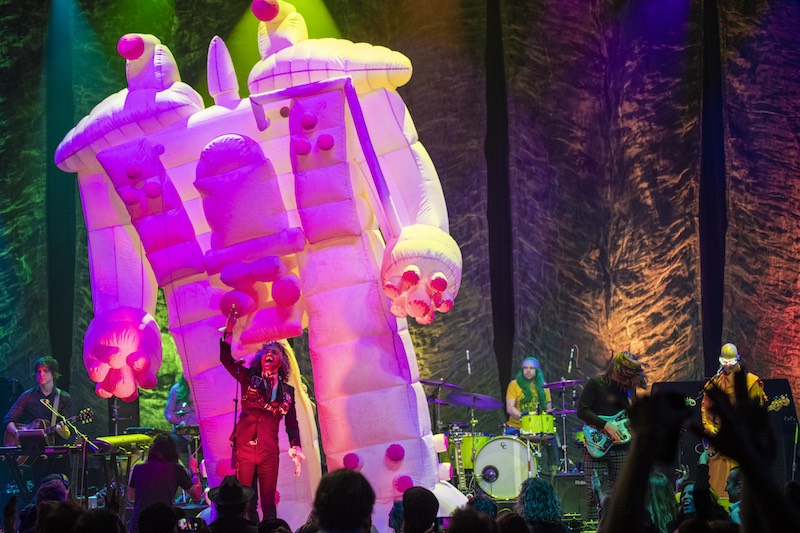 The Flaming Lips still sang him “Happy Birthday,” part of a 7-song closing set that launched with an immaculate take on Johnston’s 1985 track “Go,” introduced to the band by late, great Sparklehorse leader Mark Linkous. The Oklahoma weirdos then went into a sequence of showstoppers – “Yoshimi Battles the Pink Robots Pt. 1,” “She Don’t Use Jelly,” and “Do You Realize” – during which no giant inflatables or confetti cannons were spared. Wayne Coyne, looking more like Ludwig Van Beethoven every year, led a tender version of Johnston’s “True Love Will Find You in the End.”

That seemed like an obvious closer, but fans know what Daniel Johnston would actually love to hear sung on his birthday. Thus, the Lips finished the show by bringing out all the night’s performers for a curtain-call version of the Beatles’ “All You Need is Love.” 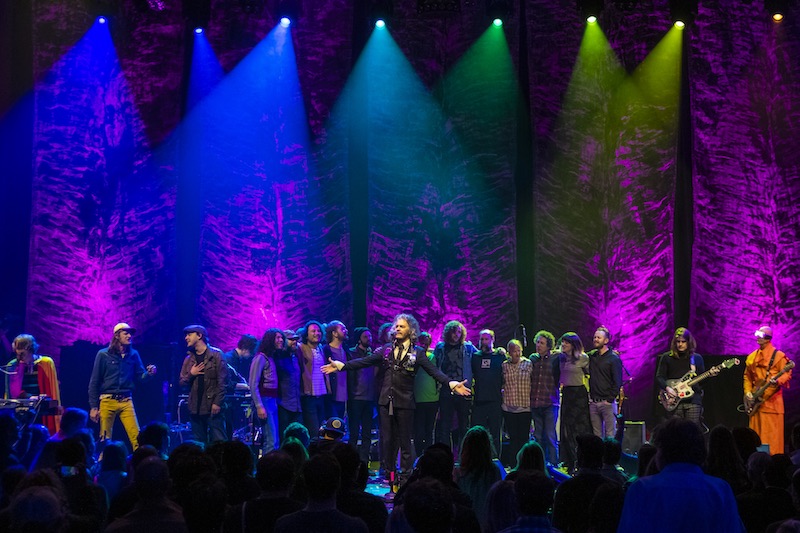