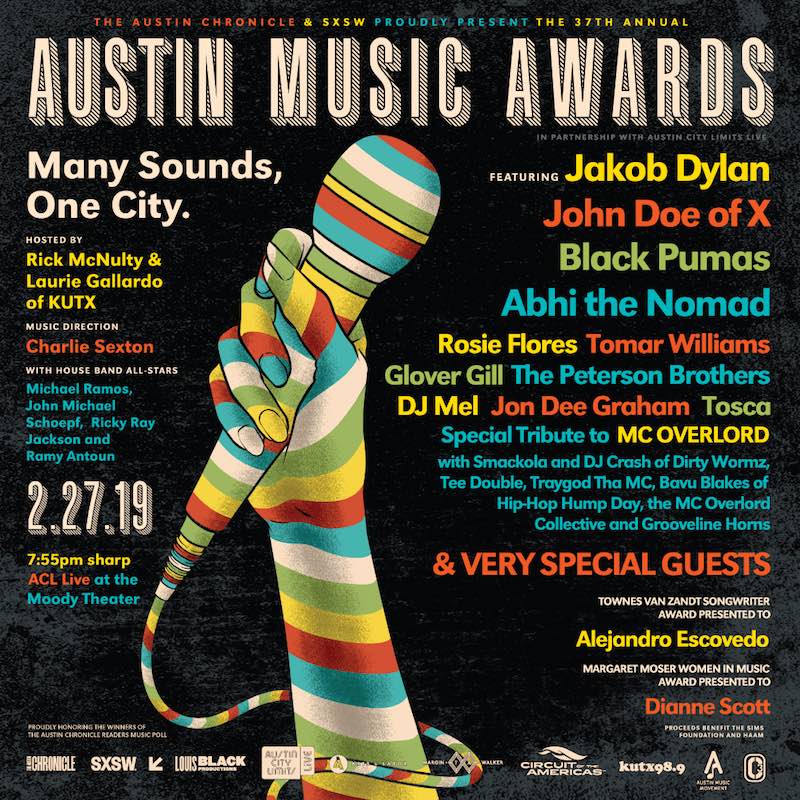 Per tradition, a super special guest performer will be revealed on the day of the event – one who routinely sells out local venues large and small. For now, we can announce that Charlie Sexton will fulfill year five of his ill-advised lifetime contract as the event’s music director. Meanwhile, the AMA House Band features local blue-chippers Ricky Ray Jackson, Micael Ramos, John Michael Schoepf, and Ramy Antoun.

Once again, the extravaganza comes hosted by dynamic KUTX duo Laurie Gallardo and Rick McNulty. As a nonprofit, the AMAs fundraise for two fellow nonprofits that work year round to keep Austin musicians healthy and safe, both of them indispensable: HAAM and the SIMS Foundation. Celeste Quesada and Louis Black Productions are producing the event. Tickets are on sale now.

Winners at the AMAs reflect voting in the Austin Music Poll, which features 52 categories. Industry-specific honors. The Austin Music Industry Awards precede the AMAs on Sunday, Feb. 17, at Emo’s, hosted by yours truly and Riverboat Gamblers/Drakulas frontman and funny guy Mike Wiebe.

Credits having rolled, stay tuned for the official reveal of Austin Music Awards winners, including Musician of the Year, Band of the Year, Song of the Year, and so much more. Those results are being tallied this week, so even we don’t know who’s won yet! Given the diversity of nominations, chances are we’ll be as surprised as y’all are. 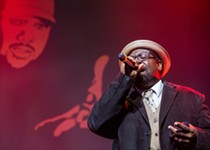