Smithville swing savant explains why he’s throwing in the towel 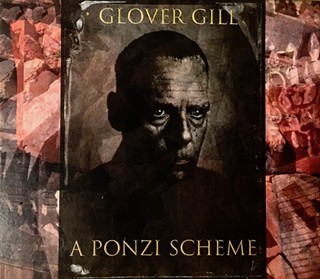 “Excruciating.” That’s the word Glover Gill used to describe the sensation in his elbow as he yanked open and shut the bellows of his gigantic tango accordion at a recent gig.

A nasty case of tennis elbow, sadly, is a secondary malady for the pianist/accordionist/composer, who helped ignite a foreign swing craze two decades ago in Austin with his band 8 1/2 Souvenirs before becoming an internationally recognized tango performer and scoring Richard Linklater’s celebrated 2001 film Waking Life. Gill’s got a very cool-sounding, but not cool-feeling ailment called “trigger finger” in four of his digits. It occurs when tendons become inflamed so they can’t pass through the pulleys inside your forearm and hand.

“When I close my fingers, the joints get stuck and won’t reopen without great pain,” explained the native Texan via phone from his home in Smithville, where he raises ducklings in his free time. "That ruins your concentration when you’re trying to play piano.”

“I am loathe to get my hands cut on, even if it means not performing anymore,” reveals Gill.

Thus, the maestro delivers a last performance this Saturday night at the Continental Club leading his international swing troupe 8 1/2 Souvenirs. He’d notified his colleagues last summer of his impending retirement.

“I told them, ‘My playing is deteriorating and I don’t want to embarrass you, so at the end of the year I’m throwing in the towel,’” relates Gill. “I’m not maudlin about it at all. I’m looking forward to it, in fact, but we’ll see how I feel at midnight on the 29th after I play my final gig.”

A true craftsman, the lifelong ivory trader insists on using a traditional wooden piano at all gigs, because, “You just can’t coax the sound out of an electric instrument.” As such, he’s got pianos stashed near the clubs he frequents throughout the state and jokes that he’s looking forward to selling them all.

It’s fitting that his last time tickling said ivories will be at the Continental. He began playing there in the late Seventies with fusion act One Hand Clapping and soon thereafter with punk/New Wave breakouts D-Day. The South Congress venue also served as the home base for 8 1/2 Souvenirs’ wildly popular Wednesday residency throughout the mid and late Nineties.

That film became exceptionally popular in the tango wellspring of Argentina, where Gill toured frequently.

“At least a half dozen times I’d just be walking down the street in Buenos Aires and people would stop me and say, ‘You’re the guy who wrote the soundtrack for Waking Life,’” recalls Gill. “Of course it’s easy to recognize me. I wear shorts, I have a prosthetic leg, I’m tattooed all over the place, and I had a couple scenes in the film.”

Maybe not coincidently, producer Charlie Sexton calls Gill’s new album, A Ponzi Scheme, “the soundtrack to a film that hasn’t yet been made.”

A Ponzi Scheme isn’t a tango record. The 14-part, 35-minute work, recorded at Church House Studios, spins a calm and remarkably fluid succession of orbiting themes, rich with string arrangements, choral voices, restrained piano, and beautiful accordion. One of several songs that orbits in and out of the tracklist, “Dreamhouse: Cantus Firmus,” features a brilliantly creepy vocal from gravel-throated bard Jon Dee Graham. He’s one of 20 top-notch Austin musicians who contribute to the record, among them: Bob Schneider, Alice Spencer, and Ricky Ray Jackson.

On account of Gill’s unified arrangements and vast sourcing of collaborators, A Ponzi Scheme coheres varied sounds, with one foot in the fine arts and the other in experimentation. The album achieves what many artists in the Spotify age attempt: to make a record that sounds like a perfectly crafted playlist.

“It’s titled A Ponzi Scheme, because I’m ripping off the audience by selling them two themes in four songs,” jokes its writer about the work’s penchant for reoccurring musical motifs.

Sexton, whose band Gill quit when the guitar slinger ventured to Los Angeles to record his major label debut in 1985, continues to be blown away by his onetime sideman’s depth of composing.

“He wrote this amazing record, orchestrated the whole thing, and it was essentially tracked live,” explains Sexton of his easy task as producer. “I think of Glover as an urban animal academic. He’s a serious academic in the musical sense, but he looks like a total animal.”

You won’t yet find A Ponzi Scheme on streaming services. A vinyl press is forthcoming and CD copies are available at Waterloo Records and on his website, but most fans will be acquiring it at his omega performance on Saturday.

Don’t expect that gig to be the last time you hear Glover Gill’s music. He’ll soon start writing material for an album by his longtime collaborator Thomas Escalante, then Ballet Austin plans to perform his Touch Tango Ballet, and finally he dreams of seeing his unheard requiem mass performed by a choir and orchestra, along with a massive concert organ. Composing, meanwhile, knows no age limits or tendonitis.

“Oh I’ll be writing,” he promises. “I can still operate a pencil and paper.” 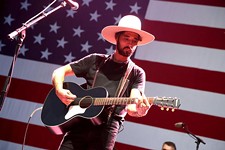 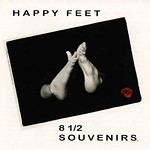