Six weeks after the Sword dropped the H-bomb – “hiatus” – on their fans, Kyle Shutt has moved into an Airstream trailer and is traveling the country with his wife and young daughter.

“More and more, living in a camper seems like not a crazy idea,” the guitarist, who also led the Billboard-charting Doom Side of the Moon tribute LP last year, chuckles over the phone from Phoenix, AZ. Another not-so-crazy idea: crowdfunding his debut solo album. 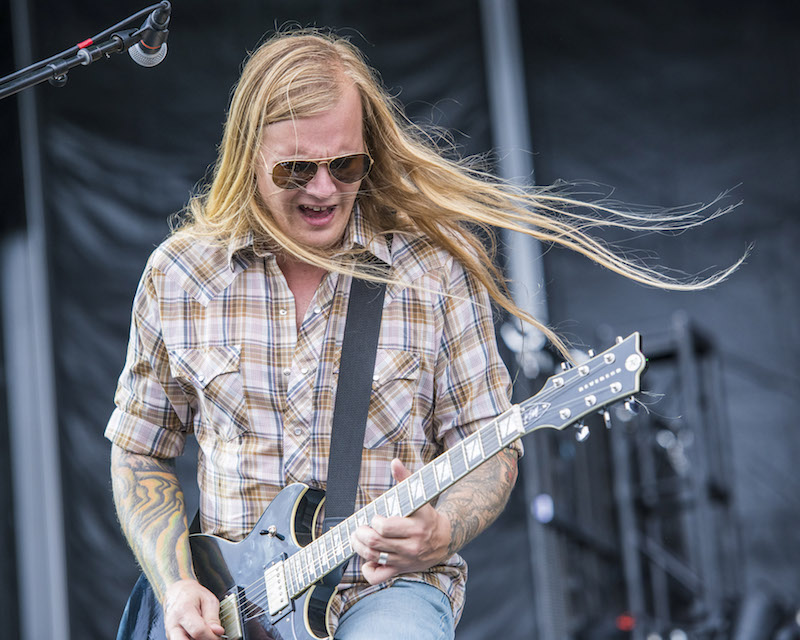 Austin Chronicle: Do you have an electric guitar and amp in your camper?

Kyle Shutt: No. The only instrument I have is a ukulele. I really enjoy figuring out songs on it because, since it only has four strings, there’s a lot of notes missing from a normal chord. So learning to play Steely Dan songs on the ukulele helped me wrap my mind around chords a little better.

AC: Oh no! This is going to be the worst solo album ever: Kyle Shutt & His Ukulele.

KS: It’s not going to be nearly as good as Eddie Vedder’s ukulele album.

AC: When was the last time you had a project where you were the frontman?

KS: I’ve always been in bands that were collaborative. Before the Sword, I was in a hardcore band in Austin called Sea of Thousand – a horrible name – with Joey Cortez and Craig Moore from Employer, Employee. They were the reason I moved to Austin. Before that, I was in a band with Ben Snakepit called Kids in Service of Satan that was all about total destruction.

I’ve never been the main focus of a band, so it is weird, but I’ve done a lot of shit and need to start doing stuff that I haven’t done.

AC: Have you begun tracking this album?

KS: I don’t like doing demos. I like the immediacy of letting the creative tension loose in a studio. I do know that the record’s going to be heavy. I love making super heavy layers of guitar and I love fast rock & roll, but there’s a lot of ways you can twist that.

AC: Will you be singing on it?

KS: Oh hell yeah, I’ll be singing, playing guitar, bass, drums, keyboards – everything! My favorite artist is Prince and his first two albums are produced, written, composed, and performed by Prince. I look up to that.

KS: Personally, I’m really bummed about it. I’ve been in the band since I was 20 and I’m 35 now. It’s not the end … I don’t think. I hate to get into it, because it wasn’t 100 percent my choice, but it did seem like the best option if we were able to continue at some point in the future.

It’s no secret that the vocal minority on Facebook says, “I just want the first three albums!” For us, it’s just like, “Y'all, if you expect the same thing over and over again, we are not your band! I don’t know if you’ve been listening the last 15 fuckin’ years!”

We started the Sword because there was no band like that. Then all these Johnny-come-lately motherfuckers started doing half-assed versions of what we were doing 12 years ago and it became so watered down that we wanted to grow out of that and push the genre into different directions. Especially with High Country, I wanted to do a dance-pop song and I wanted to do some really mellow shit.

On that last tour, we were better than we’d ever been, but there were half as many people at the clubs. Most bands would kill to play to 200 people, but when you used to play to 500, it creates a weird energy.

With that and the music industry being even further down shit creek than when we started, it was the perfect storm for us to be like, “Fuck this shit, let’s just put it away for a while and come back to it when people wake the fuck up.”

AC: Why did you decide to crowdfund this album?

KS: I don’t know if everybody realizes that people who play music for a living are fucking broke. So I don’t have the money to pay for studio time and for records to get pressed. It’s a good way for fans to support artists. 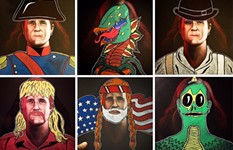