Born Robert B. Rivkin in Minneapolis in 1956, “Butzie” met up with Prince Rogers Nelson in 1977 and became his Andy Newmark a la Sly & the Family Stone: white drummer in a multi-racial/-cultural R&B band. He appeared on seven Prince LPs between Dirty Mind and Sign O' the Times. “Z” and a reformed Revolution rally ACL’s Tito’s tent on Sunday, 6pm. 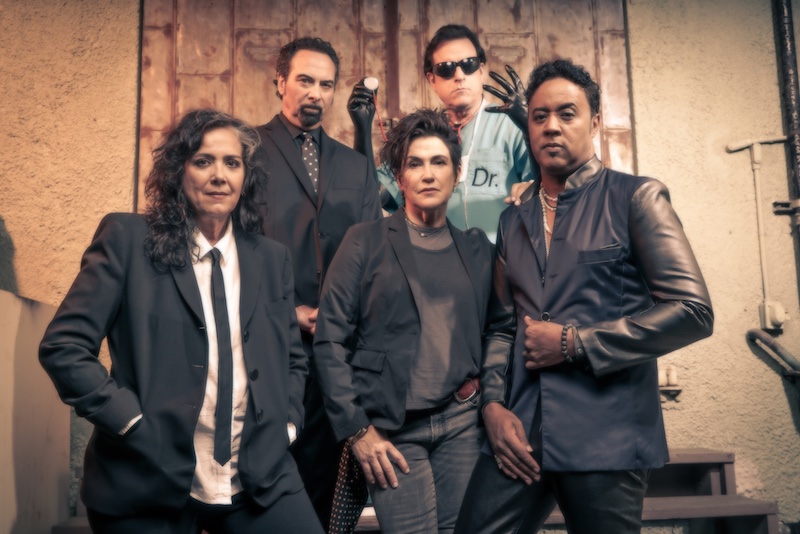 Austin Chronicle: Early Prince felt like black punk rock to me as a kid. There was an edge to it.

Bobby Z.: Prince definitely was paying attention to punk. You have to look at the leap from the second album to Dirty Mind, from the R&B-flavored hit “I Wanna Be Your Lover” to the rock one, “Why You Wanna Treat Me So Bad?” He looked to London – Steve Strange, Adam & the Ants. These were huge influences on him, what was going on in the punk scene in London. It reflected into the visuals, the attitude, the costuming, everything. Dirty Mind was more rebellious than a lot of records ever made [laughs].

He was a creature of the times. It was timeless, but the late Seventies, early Eighties were meant for him. Disco was ebbing, Earth Wind & Fire was predominant, R&B flagged. He took all this stuff that was happening all over the world and made it his own. He brought something to the stage that people had never seen, and will never see again. He created a phenomenon, for sure. That part is still a kinda “pinch me” thing; this guy that I met before he made his first demos, when he passed away, all the great monuments in the history of the world were lit up purple. It’s astonishing.

Nobody worked harder than Prince. At the end of the day, it was his work ethic that won. He treated music from a discipline standpoint that we know now. But at the beginning, it separated him from the rest of the pack. Most every song you heard, he had done two, or three ways, whether it was a live version, a studio version or a band version. The song was more than just a song. It was alive for the 24 or 48 hours he was creating it. And then it was just another beautiful butterfly out there in the world.

Austin Chronicle: It’s interesting, how you guys and all these other things Prince had his fingers in, like the Time, occurred simultaneously with the Eighties Minneapolis punk revolution – Hüsker Dü and the Replacements.

BZ: In one building [The First Avenue, where Purple Rain was filmed, and its more punk/indie-leaning adjunct, 7th Street Entry], you had the premiere funk artists of the ages, and the film to boot. Less than 50 feet away, you had some of the other greatest songwriters in Minnesota history: Bob Mould, [Paul] Westerberg. These things were happening simultaneously, and it’s a very unique story and a whole separate topic.

It’s amazing to me that it happened. No matter how you look at it with Minnesota songwriters – obviously Bob Dylan has to be at the top, with Prince second, then you have Westerberg and Mould a good three and four there – no matter how you sort ’em, there are some real geniuses at work.

Prince never wandered into [7th Street Entry] that much, but one night we did. There was a local band playing and a tape exists where he asked them if we could play. Me and [Revolution bassist Mark Brown] and Prince jammed that night. I think it was the only time we played the Entry. I think we did an early version of “Head” and a couple of other jams.

I also wandered in there a couple of times and saw the Replacements. I have to admit, we were such goody two shoes onstage as far as drugs and alcohol, and the Replacements’ act was pretty much Foster Brooks [laughs]. I didn’t get it then, but when I listened to the songs, I could hear how good they were. The act was definitely alcohol-driven.

I get it now, but at the time when I was a young man dressed in ruffled shirts, tight pants, and makeup? It didn't make sense. We were trying to be as good as we could. And here’s this band, [trying to be] as loose as they could. But they had a brilliant songwriter at the head. That’s what drives the train in rock & roll.

AC: It took the death of the musician who assembled you in the first place for the Revolution to reunite, playing these incredible songs.

BZ: I had some health issues about eight years ago, and I had a benefit show. He let me use the Revolution, the name, and brought the band together. That triggered a series of events. Of course, there was his untimely passing, which was a devastating blow to the universe. We didn’t do anything for a year after that. A year went by of wondering what to do. We called each other right away when he died. We’ve always been a family. We felt the best way we could honor him is by playing as best we can. Which is what we’ll do at ACL.

It’s funny, when we make a mistake [onstage], we don’t look at each other. We look up at him. We’re still playing for him! All we know to do is to honor him with these original arrangements. His DNA is still in our heads. You’re going to hear original Prince arrangements of songs. In the future, we want to dig deeper into our old rehearsal tapes, find those 16-bar jams or turnarounds. There’s just so much to unpack that means so much to people. It’s an interaction. It’s not just a band and an audience. There’s people coming to put closure to this unbelievable loss.

AC: You’re sharing the ACL bill with Metallica, who performed an, um, interesting cover of “When Doves Cry” in Minneapolis recently. Have you heard it?

BZ: I have! All Metallica is trying to do is honor him, or pay tribute to him. The only way Prince could communicate was through music. Metallica was trying to pay their respects. Whether you like it or not is up to you. Metallica or punkers or hip-hoppers or polka bands, Irish folk music – every musician loves Prince! That’s in all genres. That’s just a testament to the musician he was. If Metallica didn’t acknowledge Prince in Minneapolis, they would feel bad.

Boy George is a friend of mine. He sang “Purple Rain” at the state fair. People just feel obligated to do something, and music is the only way to do it, because that’s his language. Sure, songs sometimes are not authentic or whatever. And who knows if Prince would like it or not? Doing it is still honoring him and paying tribute.

BZ: He could make really good pancakes and really good three-point shots [laughs]. The pancakes part was really true, and the basketball game was really true. Prince could make really good scrambled eggs. He loved getting in the kitchen and screwing around. Mark Brown – our bass player, Brown Mark – he made Prince pancakes. Mark was working at a House of Pancakes. Prince came in, and what Mark didn’t realize was that he was sussing him out to be our bass player. Everything starts with pancakes [laughs].

One of Prince’s last tweets, he was up all night. I followed him on Tweeter; his Twitter feed was very funny. And one morning, he was up, and some fan said, “Still up?! Why don’t you catch some zzz’s?!” He replied, “That’s what I'm gonna do. Bobby Z. and his family are coming over for some pancakes!” [Laughs] I think pancakes were a staple in Prince’s diet. Everybody loves pancakes.

AC: Clearly, the man didn’t have to worry about carbs the way the rest of us mere mortals do [laughs]. 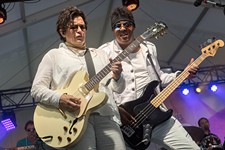 Live Shot: The Revolution
Prince has entered the quonset-like hut