Travis Scott’s music is too sporadic, momentary, and Auto-Tuned to succeed anywhere but within the ephemeral conscious of the smartphone generation. His weekend one closing set on Sunday proved songs are merely the Houston rapper’s overture. 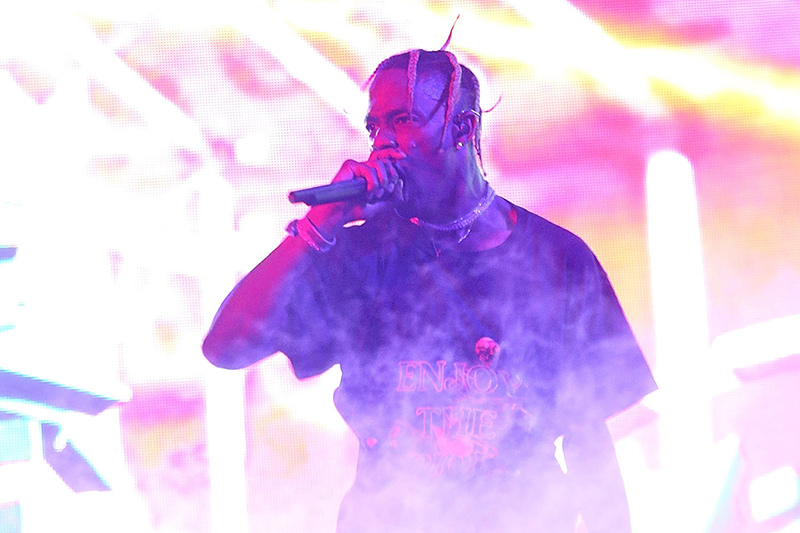 Like metal or punk, Scott’s mystique is only realized in a live setting. The Houston rapper embodies the “La Flame” moniker because his concerts set venues ablaze, inciting more mosh pits, riots, and hysteria with each show. None of this was lost on Juul-ripping Snapchatters who arrived early for Scott’s 8:45pm set.

They waited for their their god with the cooped-up anticipation of a football team before taking the field. Some stretched, others hyped each other up by giving their friends dead arms and screaming “Travis, Travis, Travis,” as if they really believed Scott could hear them tucked away in his RV. As the appointed hour ticked past with no sign of the MC, questions bristled through an impatient crowd.

“Why even get on the plane after that hypnotic SNL performance last night?” wondered one fan no older than 15.

“Did he not get the memo that Childish Gambino broke his ankle and C3 needed him to play weekend one too?” another asked.

Finally, at 8:55 sharp, stage screens turned black before a cheeky intro asked, “Where in the world, but Astroworld, can you have so much fun?” Scott adored the Houston-area theme park as a kid, and was devastated by its premature closure. His new album takes the park’s title, but like much of his catalog, hovers through a projection of Scott’s memory.

As such, his ACL set brought us through the album’s gold, wide-mouthed cover and into the grounds of his own Astroworld.

Beginning with the paranoid “Stargazing,” Scott toured his discography’s biggest attractions. From the bone-chilling “Mamacita” to the club conundrum of “No Bystanders,” hits old and new built momentum like the slow crawl to the top of a roller coaster before 808s dropped, smoke and fire shot through the air, and Scott’s rasp brought the crowd to a moshing frenzy. During “Goosebumps,” the rapper brought a high school kid onstage to perform his biggest hit to date. Pubescent vocals radicalized by the mic’s Auto-Tuning, the moment moved the youngster, Scott, and the crowd to reckless abandon.

Astroworld’s theme park trope reflects the ups and downs of Scott’s childhood, but starting 10 minutes late and ending 15 minutes early, the condensed set only made time for the highs. Introspective slow cuts such as “90210” and “Maria I’m Drunk” were left out for more obliterating hits “Sicko Mode” and “Butterfly Effect.” Instead of the roller-coaster ride finishing after its biggest drop, it looped back to free fall again and again. 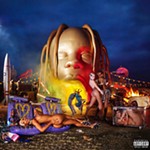