“Women are to be respected,” proclaimed the leader. Dressed as a funky commandant from a (one could only hope) feminist near-future, singer/actress Janelle Monáe destroyed her 4pm Sunday mandate at the American Express stage. 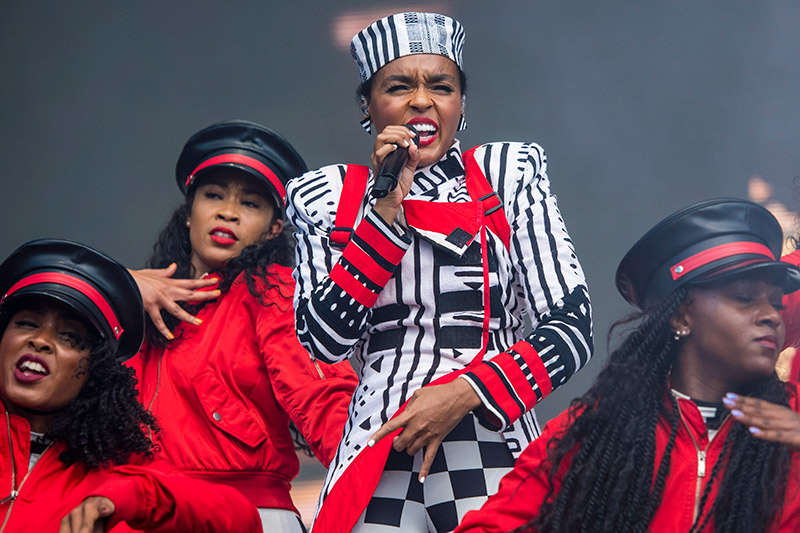 Regally clad in her signature black and white with red accents, the Atlanta dweller claimed the sexuality, femininity, and self-given royalty for herself and her fellow “electric ladies” in attendance. Commencing with “Also Sprach Zarathustra, Op. 30,” aka the Ric Flair entrance theme, General Monáe and her candy canes fivepiece, plus dancers, didn’t shortchange on spectacle.

“Remember when they used to say I look too mannish/ Black girl magic, y’all can't stand it,” the Hidden Figures actress sang, almost vindictive and petty, on the disruptive and funky “Django Jane.” Monáe changes into numerous outfits, and each equally majestic. A throne makes an appearance during the set.

“Pink is the truth you can’t hide, maybe,” she sings on “PYNK,” wearing what can only be described as amazing vagina pants. On the Prince-influenced “Primetime,” Monáe and crew dipped into his bag of sexualized purple panache. A faithfully upbeat rendition of “Electric Lady” broke down into a boisterous, D.C.-centric go-go tune. Stone-cold body-mover, “Make Me Feel” featured more Prince magnetism. It also fused into another foundational influence, James Brown, complete with the kneeling godfather’s “baby, baby, baby” chants from “I Got the Feelin’.”

The 32-year-old Kansas City native dons enough personas that some people think she won’t be able to lock into an audience. That couldn’t be further from the truth. Her inclusivity is rooted in consummate connection.

“Tightrope,” the obvious and yet natural closer, concluded her sex-positive and inclusive musical missive with an outsize Brownian finish. At the ACL mainstage ahead of Monday’s taping for Austin City Limits proper, a rapt audience witnessed a tremendous performance blending the men of a soulful, grounded past with a powerful, feminine tomorrow. 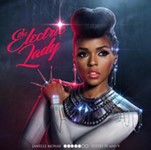