An overwhelmingly Latino and Spanish-speaking crowd gathered Saturday evening in front of the Barton Springs stage awaiting Puerto Rican rapper Residente. Puerto Rican flags dotted the sky and one woman wore a shirt with a likeness of the president declaring, “Donald eres un pendejo.” Like the island itself, the turnout was small but fuerte. 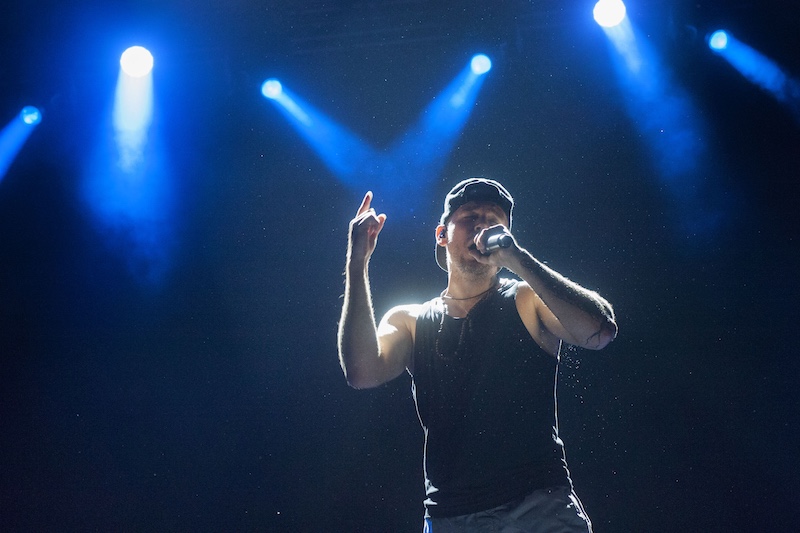 Born René Pérez Joglar, the founding member of Calle 13 fills songs with incredibly dense wordplay and rapid-fire rhyme schemes. How dense? A recent diss track packed 1,900 words into 10 minutes, which might be a Guinness World Record.

And these aren’t empty palabras. His recent self-titled solo project uses a DNA test as a springboard for self-discovery, exploring his globe-spanning roots through music.

Backed by a sevenpiece band with members from Puerto Rico, Colombia, and Morocco, opener “Somos Anormales” features Mongolian throat singing and nods to his Siberian ancestry. A searing rock guitar solo bolstered my personal theory that rap-rock only ever works en español. The entire band pounded percussion on the thundering Ghanaian rhythms of “Dagombas en Tamale.”

“Everyone has African blood,” Residente quipped. “Even Donald Trump’s mother.”

He decried not just U.S. immigration policies, but how Spain treats the Senegalese, arguing that without migration, the cumbia-funk fusion of Calle 13 classic “Atrévete-Te-Te” wouldn’t exist. The MC then commanded that everyone put their phones in their pocket and hug someone next to them, a request he repeated a few minutes later. Multiple groups of strangers pulled me in for joyous, jumping group hugs as the band stirred a pot of hip-hop, rock, reggaeton, funk, cumbia, y más.

The entire set proved a compelling case for a world without walls, and recalled the last time a Spanish-language act played this late into the night at ACL: headliner Manu Chao in 2011.

“Tonight,” declared Residente, “the future is ours.” 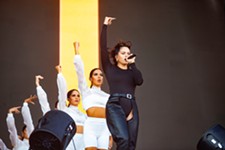