As revolutionary an ACL booking as Kendrick Lamar in 2013, Metallica on the mainstage Saturday – following Paul McCartney in the same slot Friday – crossed over, but singularly so perhaps. As EDM fades at the fest and Lamar opened the door to hip-hop, you can lay odds Megadeth won’t follow up Metallica next year in Zilker Park. 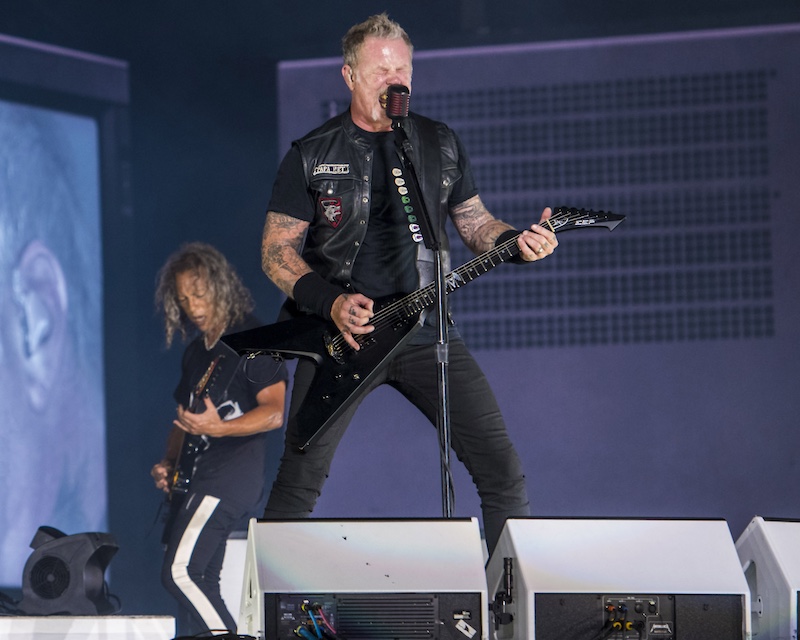 Which raises the question what effect, if any, Metallica’s torpedo set last night will have on the ever-changing genre eddies of the annual Zilker Park party. The 37-year-old Bay Area thrash metal legacy likely played to at least what the Rolling Stones faced in the same spot in 2006 – not ACL but staged by its promoter C3 Presents – and to similar outcome: cross-generational communion of classic rock. Consider the abyss Metallica bridged over those decades.

Hard rock of the Seventies sounds like pop next to the extremity that Metallica and two-time Fun Fun Fun Fest headliners Slayer (R.I.P. both) imbued on the format in the early Eighties. Their intrinsic reduction of blues-based bombast into pure riff – at the time a truly terrifying firestorm of them – actually peaked the very art of guitar hooks. For two hours, it electrified Austinites as frontman James Hetfield passed lightning back and forth with lead guitarist Kirk Hammett.

In most other rock arts, rhythm guitar remains about as sexy as a carburetor – essential, but not exactly a lady killer. In thrash, the tight, hard, chopping hooks Hetfield’s famous for created their own universe of sound, and as shot through with the searing lyrical filigree of Hammett, they fire ever forward, ever aggressive. Louder, harder, faster, like the sharks on the latter’s shirt. To that add the dry, flat smack of drummer Lars Ulrich and bass synesthesia from Robert Trujillo, and the outcome remains protean.

Four “new” tunes from 2016 comeback of sorts Hardwired… To Self Destruct, a Stevie Ray Vaughan tribute solo by Hammett, and canonical standards of truly progressive anthemery in “One,” “Sad But True,” and “Master of Puppets” fused into a battering ram of audio defiance. The mark of a truly great band is when other bands dare not follow them. What metal band could ever possibly succeed Metallica at ACL 2018? 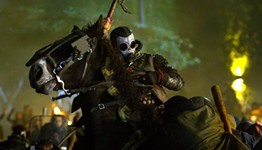 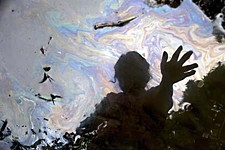