“That’s my soooong!” rang out as a common squeal from the fresh faces in the crowd. They were not, in fact, the songs of seemingly ever teenager in Zilker Park. They were Khalid Robinson’s. 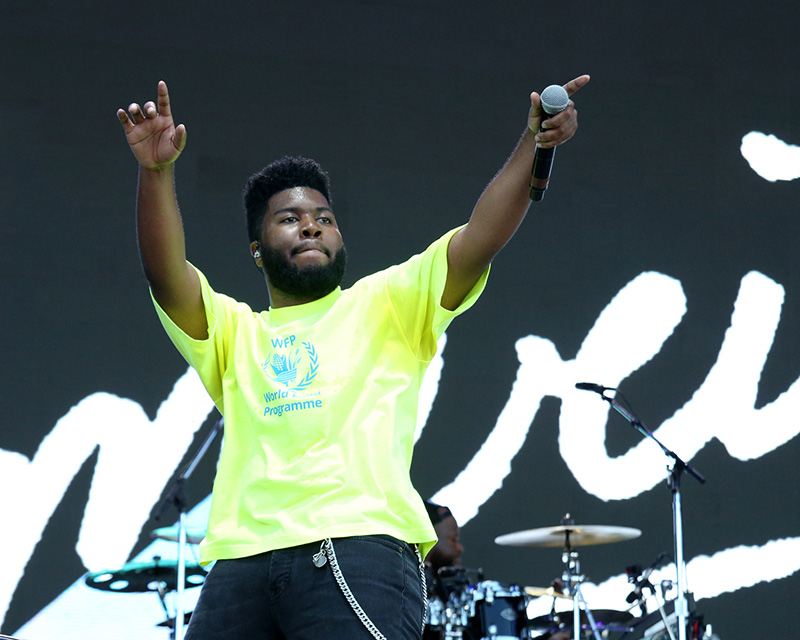 The 20-year-old singer acted as a siren call to the Honda stage on Friday for the under-25 set. As cameras beamed sweaty faces in the front row onto huge LED screens, the demographic looked like curfew was waiting to happen. Khalid, feeding off that energy and flashing a wide smile, proved better than an afternoon coffee.

Three dancers flanked him as he worked through upbeat bits of last year’s Grammy-nominated debut American Teen, but he didn’t need the extra help to inspire the crowd. As he launched into “8Teen,” his leathery voice became comfortable and winking as he hit the chorus, live drums snapping behind him: “Because I’m 18/ And I still live with my parents/ Yeah, they’re not like yours/ Well, yours are more understanding.”

That song won’t age well, perhaps, but the singer, whose career was birthed in El Paso – a fact he shouted out several times during the suppertime set – served his purpose with its bass-laden pop scorching even the late-afternoon heat. When he slowed things down and ditched the dancers for songs like “Better,” a new single from last month that he performed live for the first time, he held the crowd.

Sure, the hooky choruses and R&B beats don’t hurt, but Khalid’s true charm – the reason he had people packed against the barrier hours before a true headliner would grace a stage – is his relatability. Looking around after he wrapped the understated party jam “Young Dumb & Broke,” you saw it. These were their songs.