“It’s all about Brockhampton, fuck friends,” one young Brockhampton setgoer said to another on Friday as the two traded reasons why they were at the Miller Lite stage early and by themselves amongst a sea of hipsters, jersey-wearing frat bros, and high schoolers. 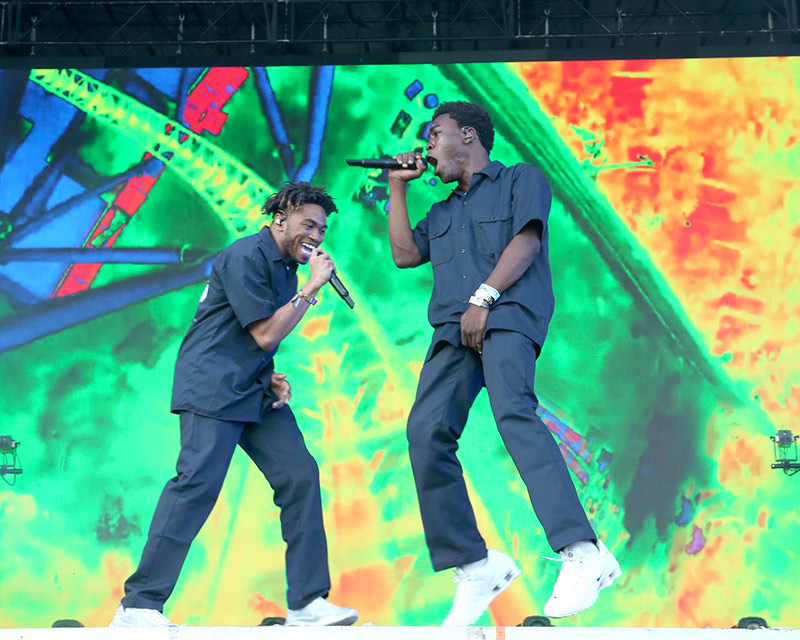 The packed melting pot reflected Brockhampton’s widespread appeal and how their new major label debut Iridescence debuted at No. 1 just a year after the San Marcos group undertook its first national tour.

Opener “New Orleans” saw Dom McLennon first to emerge through a smoke machine haze. As the caffeinating beat built momentum, he rapped into a mistakenly muted mic until it abruptly turned on halfway through his verse, thrusting a bewildered crowd into a riot in the blink of an eye.

Although the 13-song set was the second stop on the I’ll Be There tour for the new release, the energy peaked during the group’s hook-driven hits from last year’s Saturation trilogy of LPs. “Bleach” had the crowd belting its angelic hook a cappella, while “Sweet” moved everyone to beg for honey butter chicken biscuits with UT dropout Merlyn Wood. The blatant mix out of verses from departed MC Ameer Vann felt awkward to a crowd subconsciously expecting them. When “Gummy” skipped Vann’s bombastic verse, murmurs of his absence moved through the audience as others recited the lyrics anyway.

Iridescence resonates with upbeat techno juxtaposed by dark, Auto-Tuned, introspective lyrics. Vulnerable raps on self, sexuality, and mental health capture and spew 2018’s ethos with new pop sensibilities. It helps that Brockhampton’s live show strikes different chords when the group follows up tracks that making you want to mosh with those like “Weight” and “J’ouvert” that pivot on universal insecurities while dancing to British electro.

At just under an hour, the performance flew by in a blistering blur, possible justification for two of Iridescence’s most popular but slower songs, “Tonya” and “San Marcos,” not making the set list. A late-night show tonight at Stubb’s might corral those hits and more for those still clamoring for their favorite boy band. 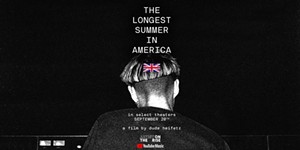