One month before gates are scheduled to open, Utopia Fest organizers have relocated the music and camping event from the previously announced Down in the Oaks property to the Reveille Peak Ranch – also in Burnet County. 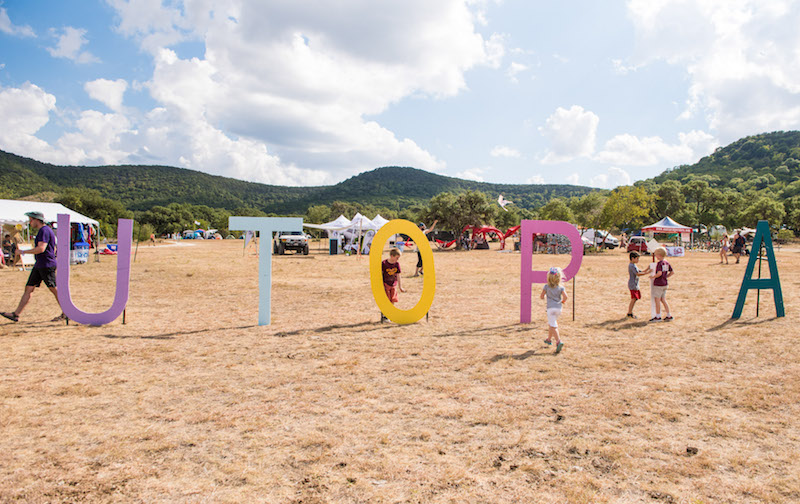 The 1,300-acre Reveille Peak Ranch is a popular outdoor event space in the Texas Hill Country, an hour outside of Austin. It’s known for its hiking and biking trails as well as an expansive pond where people take scuba diving lessons.

“It reminds me a lot of the Four Sisters Ranch,” Utopia founder Travis Sutherland says, referring to his family’s land in Uvalde County where the festival grew over nine years. “It has stunning features, including a valley, and the terrain has a rugged feel to it.”

Sutherland says he’s moving Utopia, running Nov. 1-3, “out of respect for the concerns of the community and county officials,” while also factoring “safety and logistics.” The new grounds are less than 15 minutes from the previously announced site.

Residents had been protesting the family-friendly fest since the Down In the Oaks locale was announced in April. A group of nearby residents – particularly people whose homes, farms, and ranches line the road leading to the concert site – had proved vocal at county meetings regarding the event’s mass gathering permit. Local news reports portrayed the residents as fighting to preserve the area’s “peace and quiet.”

Sutherland decided that moving to Reveille Peak, a location he had previously scouted, would ease friction in Burnet County, and at the same time provide a home for the event going forward.

“When an opportunity opened for us to move into an established venue with a welcoming landowner, it made sense as a longterm solution,” he says.

Tickets are on sale now.