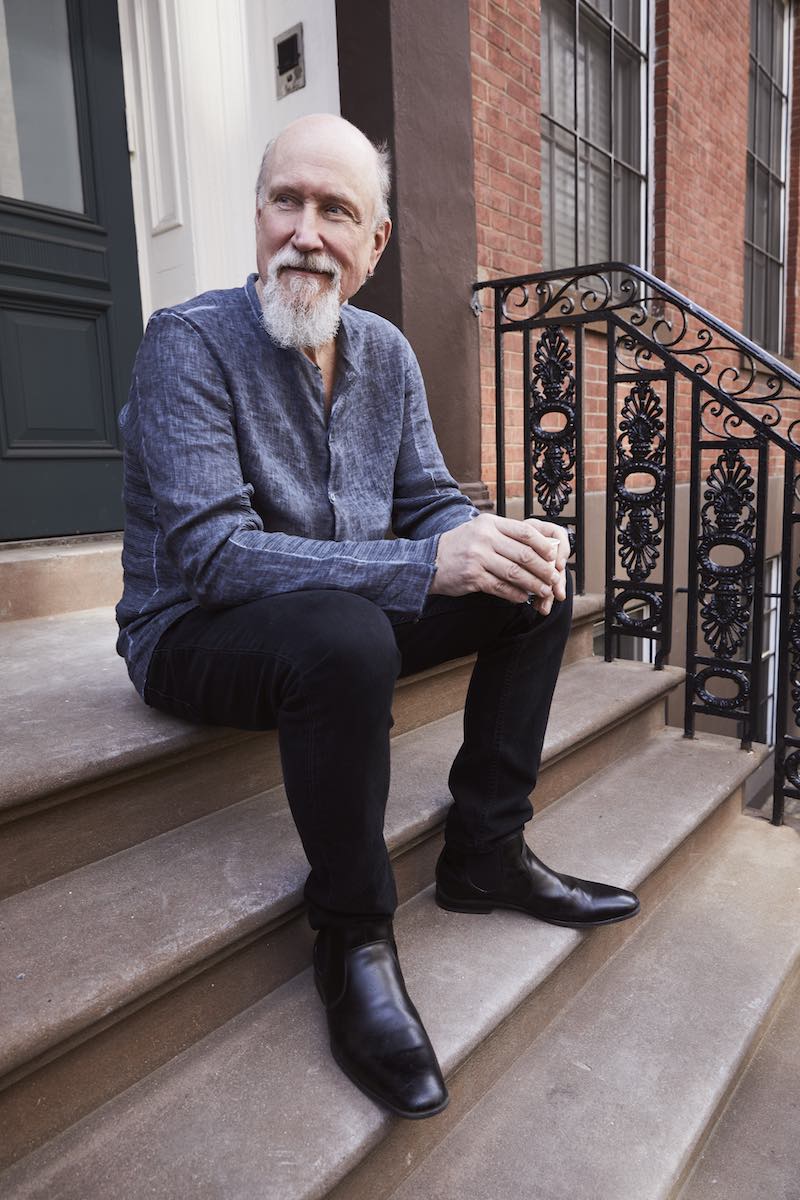 Austin Chronicle: In the rock and pop arena, it’s almost impossible to knock out an album every year the way you do.

John Scofield: I can’t believe I’ve still got a major label deal. These people still wanna make records, and I keep holding my breath, thinking, “How can they do this?” For records that have a group improvising and playing, you actually want it to be made in a couple of days. If you have all day in the studio for weeks on end like a pop group, it loses that thing.

This music is about being in the moment. It’s better to not get too critical, because then the good stuff comes through. If I just keep listening to this stuff, all of a sudden I can’t hear it anymore, and I hear little mistakes that don’t matter.

AC: You’ve been working with drummer Bill Stewart for many years.

JS: I met Bill in 1989, and I think he’s one of the great jazz drummers ever. I’ve been lucky to play with him a whole lot.

JS: He’s my favorite piano player right now. His dad is this bass player in L.A., John Clayton, who’s been around for years, and went to college with my wife. I heard him when he was in high school and was like, “Wow, how did he get so good?” After a while, he moved to New York and started to be on the scene. Then he was really good.

I love his playing, and he’s so happening. He’s already an experienced vet. I keep thinking, “Didn’t he just graduate from high school?” But no, he’s 33, and been playing the whole time since high school with everybody.

AC: With jazz programs at universities, like North Texas in Denton, and the internet, where you can download any performance by anybody ever, today’s young musicians have more technique than you had when you were that age.

JS: It’s a great world to live in, with all these guys who are into what you’re into. They’re gonna have super chops when they finally meet some good players. Now that you can access all that stuff, it might be harder to concentrate on the real work that it takes to get something down. That’s the great thing about having gigs – you have to learn the music.

You write a bunch of tunes, then you gotta figure out how they’re gonna work with a band – how you’re gonna turn this thing into something you can improvise on that’s not just a tricky ensemble part. You’re forced to develop a certain set of muscles that you don’t do when you’re at home. You need to learn how to play together, which is crucial.

I think it’s the thing that makes a successful band of any kind, and without it, it’s no fun. Everybody just playing hot licks – so what?

AC: Do you find it easy to come up with new tunes?

JS: If I don’t have to do it, I don’t do it. It’s work for me. So when I have a record and I want to write music, I just force myself to write every day. It’s kind of painful. I’d much rather just sit around and play the guitar.

The other thing I’ve found over the years is to not try to make a masterpiece on your own. You wanna get something that is flexible, so that the other guys can interpret. When I first started to write music, I would figure out what the drums and the bass should play, and then if it didn’t work out, I’d be totally fucked up.

I remember on [1986’s] Blue Matter, I said, “Well, what would you guys play?” They put their thing on it, and it was much better that what I could’ve thought of. So I’ve learned to just let it go, and write stuff that people can do their thing with. With this kind of music, that’s really important.

AC: You often fold other styles into your music: rock, folk, blues, country. What do these different kinds of music have in common, and how do they relate to jazz?

JS: The more I learn about music, the more that there is this American thing that jazz standards came from – the 32-bar song form of diatonic harmony. That was the root of country music, too, and blues. You can take any of those country tunes and swing ’em.

Then there’s the whole blues guitar thing that didn’t quite get used in orthodox jazz guitar by previous generations, because they didn’t know about it as much. Wes Montgomery was bluesy and everything, but our generation grew up during that big blues craze: Albert King, Otis Rush, B.B. King – all the great blues players – Clapton, Hendrix, Jeff Beck. Those techniques are available to us.

If you have a certain amount of taste, you can fit stuff in.

AC: You’ve played with all these incredible musicians. Is there anybody you haven’t yet played with that you’d like to?

JS: I feel so lucky that I got to be around the older generation. I love the different perspective from the pre-rock & roll, real jazz guys, like Miles, Chet Baker, Gerry Mulligan, and the older guys. Joe Henderson was great.

All these guys who are my age, like Bill Frisell and Joe Lovano, and the younger guys who are in my band, I learn from them all the time, too. I’m playing with such great people all the time that I don’t fantasize like I used to!