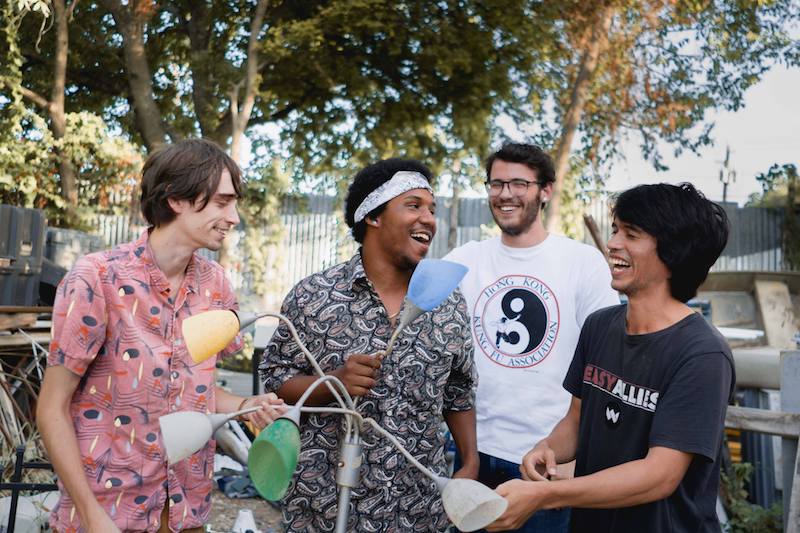 Sweat covered Caleb Fleischer when he wrote “Hot AF.” For starters, Indoor Creature’s singer and key-pusher found himself in a period of existential reflection at that juncture: the dissolution of relationship, his family moving out of his childhood home, and his final semester of college.

Also, the air conditioning was out.

All those variables inspired the locals’ latest release, an atmospheric collage of bubbly synth arpeggios, non-uniform beats, and haiku-inspired lyricism. That universally identifiable “what the fuck am I going to do with my life?” pressure comes through on the refrain: “I wish I had some way to tell you – I can’t breathe.”

The track, one of three standalone singles released this year by Fleischer and collaborators Travis Kitchen, Marcus Bell, and Terrence Kiser, finds the indie pop unit welcoming a guest spot from fellow Austinite Malik, who adds some emotive bars to the song’s latter half. The young producer and rapper, aka Brian Baptiste, is coming off a impressive production credit: co-crafting the music for Ariana Grande’s “Better Off,” which arrived on last month’s chart-topping Sweetener album.

“Malik has been one of our oldest friends in the Austin music scene,” says Fleischer, explaining that he and his bandmates met Baptiste in Austin Community College’s music program and they’ve long worked together behind-the-scenes. “We’ve always appreciated his insight and his musical vision has been an inspiration to us as well. We’d been talking with Malik for some time about featuring him on a song. When this song went into production, it felt more like a hip-hop track than any other Indoor Creature song.

“When thinking of potential rappers to feature, Malik was the only person we really wanted.”

The video, directed by Austin filmmaker Kent Juliff, echoes the dense textures and ultra-modern surrealism evident in Indoor Creature’s music. Now that October’s hit, those feel-good songs of the summer are fading and “Hot AF” has arrived as your anxious pop track of the fall. Put eyes on the new clip here: 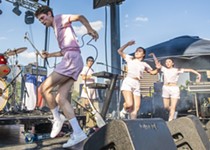