Call Edward Larry Gordon (Laraaji) New Age, but he’s not new to music. Since the late Seventies, the Philly native has performed aural meditations on the electric zither, an old-world cross between harp and guitar. At Zach Theatre on Saturday, he plays with homegrown ambient trio Dallas Acid, with whom he collaborated on Arrive Without Leaving, due Oct. 12 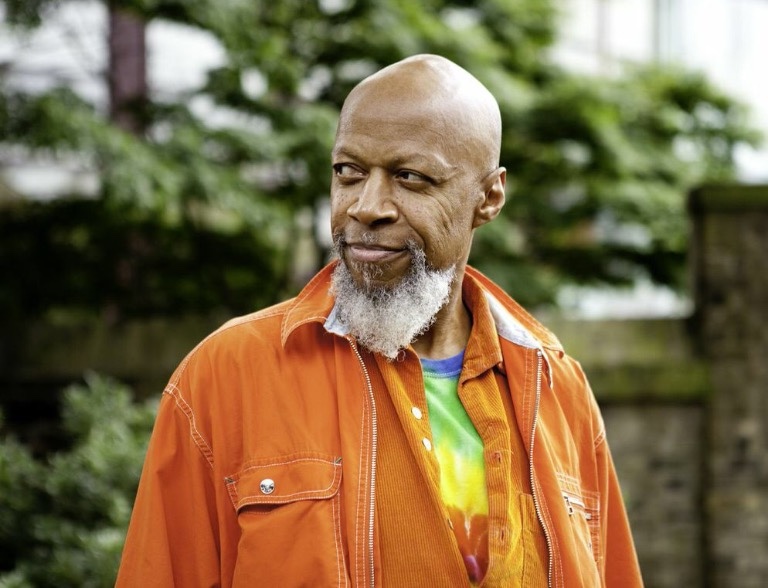 Austin Chronicle: For those unfamiliar with your music, what’s a good starting point?

L: One would be Celestial Music. It’s a retrospective that shows the different directions I’ve explored from 1978 to 2011. Also, Day of Radiance. That's the one with Brian Eno that would give a sense of the pure zither sound.

AC: Why did you choose zither as your primary instrument?

L: I was guided to the zither in a pawn shop in 1974. I was pawning a guitar when a mystical inspiration advised me not to take money for it, but to swap it for the zither in the window. It summed up everything I wanted to do with music: communicate the nature of cosmic unity and stay present in the eternal moment.

AC: How did you link up with Dallas Acid?

L: Myself and my musical partner Arji played with them in March at National Sawdust in Brooklyn. We had a very warm, loving connection and the next day we were taken into a studio. We shared an enormously large gong they travel with and it gave me a chance to explore Moog synthesizers. I’ve never had one myself.

AC: What equipment will you be using in Austin?

AC: Will there be much improvisation?

L: It’s mostly improvisation, with a sense of tonality. Before my performance, I meditate to get a connection with the cosmic universe and a sense of what energy or feelings that should be accented. My music is never just in a location. It’s emphasizing the intimate cosmic presence, wherever I am.

AC: With meditative states being so integral to your music, do you see a distinction between practice and live performance?

L: There’s a slight difference. In practice, I’m refining my style and technique with the instruments and voice – breathing, using imagery. Backstage, I refine my sense of flo-mo. You might know it as tai chi. It’s meditative movement. Then I let go of thinking and the momentum of my practice carries me through the performance. That’s the ideal scenario.

AC: What about when things go wrong and it’s not an ideal scenario?

L: I just breathe and stay centered. It’s a spiritual exercise, so I don’t like the word wrong. When something arises, I keep my connection to an infinite presence, breathe, and flow.

AC: People associate you with New Age. What does that phrase mean to you?

L: To me, new means now. So that means every moment is new. It’s being fresh, intuitive, spontaneous; music that couldn’t have been made 100 years ago. And in my case, meditative techniques and self exploration. Also, using laughter as part of my performance.

AC: Do you consider your music religious?

L: Religious is a tricky term. It’s religious in a sense of devotion to a sensation, to a vision. It’s as religious as the sun shining on everyone and everything, but not in the sense of following any outer group or organization. Although, I would say 100 percent of religious groups have been harmoniously receptive to the music I play.

AC: Many people know you from your work with Brian Eno on Ambient 3: Age of Radiance. How did that album affect your musical trajectory?

L: That album set me up to respect the word ambient. It was recorded with minimal effects, so it gave me a sense of security that if the electricity dropped out, I know I could still continue with acoustic zither alone. It secured me in knowing that the pure sound of the zither has a lot of merit on its own.

AC: Do you two keep in touch?

L: We meet occasionally when I’m in England and go catch a museum show or a meal. About a year ago, I visited with him. He usually briefs me on his latest project. The last one was an art project about the sound of light.

AC: You’ve been making music since the Seventies. Do you have any new tricks that you’ve picked up recently?

L: In last couple of months, I’ve been exploring electronics with gongs. And just committing myself to a deeper sense of meditative understanding, which takes my awareness to a transcendental plane. I’m playing less for individuals in the audience and more as an omnipresent sense of unity.

AC: There’s so many more distractions than when you started making music. Do you find it harder to focus?

AC: Does anything make you angry?

L: I get anxious if I walk onto a New York subway train and someone’s been smoking a cigarette. If I’m traveling and someone’s responsible for getting me to an airport, I get anxious if they’re too late. And when I set up to do concerts, people will ask why I’m wearing so much orange, or about my spiritual practice when I’m trying to design my set up and get used to a new space.

AC: You have a real monk-like energy. Do you have any vices?

L: Let’s see, I watch a lot of YouTube when I’m traveling in hotels. I like social dancing, from barefoot to zydeco. I listen to a lot of comedy on Pandora. I started out as a comedian, so I can appreciate a lot of new comics.

AC: Those aren’t really vices! What about guilty pleasures?

L: Guilty? Something I feel guilty about... Well, sweet potatoes. Good old-fashioned sweet potato pie. I’m a vegetarian, but I’m sure it’s made with eggs and milk and butter. I delve into that. Good ale and beer and wine, in moderation. And I’m a connoisseur of potato chips.

L: I’m most into the Kettle cracked pepper and sea salt.

AC: Most ambient or New Age music is serious or stoic. You incorporate a lot of humor. What does that add?

L: Comedy relaxes. It opens the heart, the body, the breathing, and leaves the audience receptive to listening deeper. When the body is tense, it could block receiving the musical messages. We all come to a venue carrying the news of the day and we may not know how to release it. And laughing up front lets the audience be assured that they’re not expected to stay in a serious mode.

AC: Do you have any good jokes?

L: Here’s one: Quasimoto, the bell ringer in the Notre Dame Cathedral, wanted to take a vacation. So he auditioned some bell ringers. He said, “Here’s all you have to do: push the bell, then put your head in the path of the bell and it’ll ring it.

The first audition said, “I’m not going to do that.” The second said he’ll give it a go. So he pushes the bell way out, it goes too far, comes back in, and he puts his head out. It goes boingggoininining, but the bell ringer falls down through the tower to the ground.

Quasimoto is impressed and he runs down the stairs. Just as he gets down, there’s police and an ambulance. The man is laying flat out. The policeman says, “Does anyone know this person?” And Quasimoto says, “No, but his face sure does ring a bell.”

AC: Is there anything else you’d like to talk about?

L: Yes, there’s something called maya or illusion. And then there’s transcendental reality. It’s a force that’s brought us this far in creation, and given us life and breath. It’s an eternal trip. We are eternal.

Instead of having a five-year plan, concentrate on a now plan and focus on eternalness. I hope that’s what my music does to people, gives them a sense of the eternal. To buddy up with their eternal nature, that outlives this century and millennium. You’re exploring the side of your reality that’s perfect and indestructible, so you can keep a better sense of your inner side while the outer drama is unfolding. 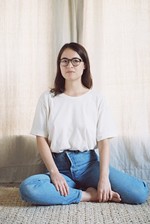 Katherine de Rosset Finally Lives Alone
Except for her two cats, of course