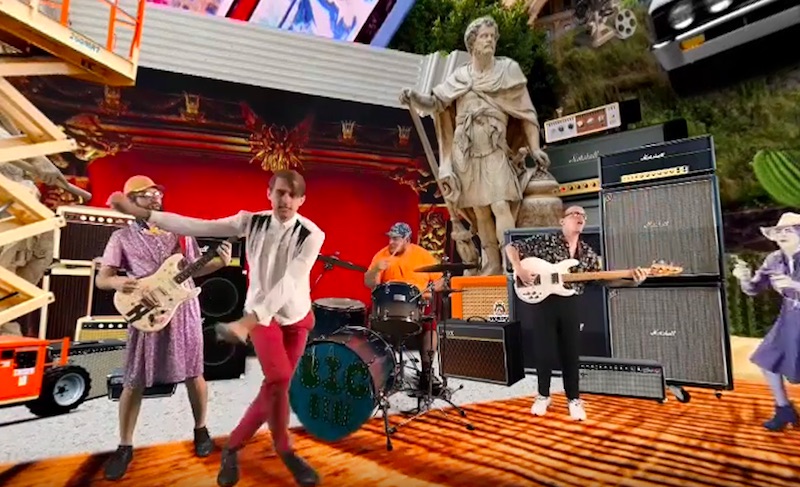 As Big Bill plays their song “Loitering” in an expansive new clip, you can scan around and find men pummeling each other on a skyjack, a porta-potty user getting abducted by aliens, a couple making out in the front seat of a car, and a separate version of the band ignoring their own performance.

This is the weird world of Austin’s Big Bill … in virtual reality. Viewers on a laptop or smartphone can scour the panoramic chaos in any direction with a click of the cursor. For those who can strap on a VR headset, like the Oculus Rift or Google Cardboard – you can enjoy the scenes surrounding Big Bill by looking around.

Bands employing 360° videos isn’t entirely uncommon, but they typically feature big-budget acts like Gorillaz and Imagine Dragons. Big Bill frontman Eric Braden reveals that a fan from New York named Chris Warner contacted the band with interest of featuring them in a 360° video, then flew down and filmed it. Each band member was captured separately in front of a green screen and composited together. Some of the scenes have subtle audio cues that are reactive to what area of the clip is being viewed.

“He really envisioned this bizarro world that I think is so hilarious,” Braden said of Warner’s work.

“Loitering” peels off Big Bill’s full-length debut, Stand by Your Bill, which netted a kinda-rare four star review in the Chronicle earlier this year. Here we go:

Watch This: Big Bill Urges Us to “Forget About Monday”
New single precedes a public freakout 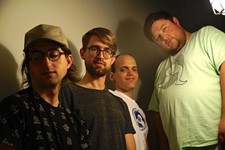