In 1992, Canadian singer k.d. lang released her monumental breakthrough, Ingénue, a defining moment both in style and for its role in the LGBTQ rights movement. Twenty-five years on, calling from a Calgary smoky from wildfires, she reflects on revisiting the multiplatinum LP and creative rejuvenation ahead of playing the Paramount Theatre on Tuesday. 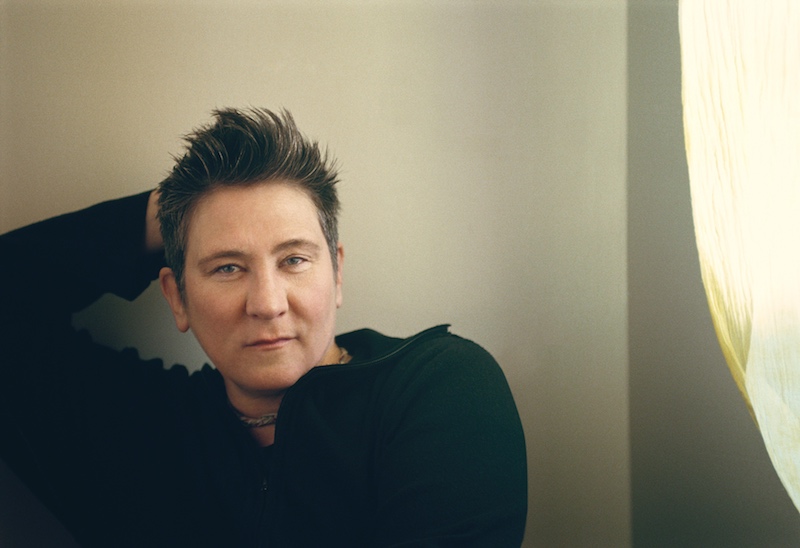 Austin Chronicle: This tour, which you’re calling Ingénue Redux, marks the 25th anniversary of your 1992 album Ingénue. Besides nostalgia, what other feelings does revisiting the album conjure up for you?

k.d. lang: Obviously, it was my most successful record, so that’s a big signpost for me. I think because of the vulnerability that I put into the record, I’m hoping and I feel like it translated to the audience, who then in turn had their own relationship with the record.

Socially, the record sort of marked my coming out. I think that it’s a big moment and not just for me. I think people’s relationship to the record has a lot to do with their own personal journey and I think the record is important for that reason.

AC: When you say ”personal journey,” are you talking about people who are coming out or ....?

AC: What was that process like, coming out via a wildly successful album?

KDL: Well, I actually came out to The Advocate before the record was released. There was a lot of discussion amongst my business peers whether or not it was a good idea, and I had a very supportive retenue at the record company. There were a lot of gay people working with me at that time.

It wasn't all positive. Not everyone thought it was a good idea. There was a lot of fear that it would have a negative impact on my career trajectory. But I felt [it necessary] because the AIDS crisis was in full fervor at that time and Queer Nation was outing people, and there was just a lot of homophobia and a lot of news around the LGBTQ community.

So I felt like the most responsible thing at that time was to come out and I had no idea how it was going to impact me. I felt like I actually didn’t have a choice, because I felt like it was the right thing do.

AC: The album is a coming out album, but also it had a very different sound than your earlier work. It was more pop and ballads compared to your country albums preceding it. Is reinvention essential for a musician’s growth?

KDL: If it’s done often, yeah. For me, it was a return to the music that actually was my initial influence – a more remarkable influence. Country was an obsession for a bit, but it wasn’t in any sense of the imagination what was in my musical DNA.

AC: On this tour, you’re performing the album in its entirety, correct?

KDL: Yeah, in sequence and in its entirety. I deliberated a lot about how to deliver it to people and whether to modernize it or to change it up, change the arrangements. It sort of ended up skewing more towards just playing it in a neutral way.

Not in an unemotional manner, but in a way that doesn’t superimpose my experiences and my history with the music, because the audience has their own 25 years with it. They have their own complete story attached to it, so I don’t want to impede that. I just want to present the music to them.

AC: The album includes “Constant Craving,” the last song and a huge hit. After all this time, do you tire of performing the song or people asking you to perform it?

KDL: I did in the Nineties, but now it’s my understanding that that’s a part of having a hit and also getting older and not touring quite so much. It’s now more like a treat.

AC: In the Nineties, was it just a case of being known for one song? What about it made you shy away from it?

KDL: Yeah. Even at the time of recording it, I knew that it was a strong pop song, and I was reticent to even record it and to put it out because I had a feeling that not only was it sort of incongruent with the rest of the record, but I had a feeling that it may be a pop song.

AC: So you didn’t want to write a pop song originally?

AC: Was it just because that wasn’t your sound then?

KDL: I think it was more that I fancied myself an alternative artist.

Vanity Fair cover with Cindy Crawford in the barbershop chair. It wasn’t until I was older and I had come out that I understood the importance of that cover in terms of queer history in publishing. I’m curious if you ever look back and re-examine that symbolism of your younger self, an openly gay butch woman singing ballads and making pop music.

KDL: Oh, I think about that a lot. It’s a part of self-understanding and self-study, but I never am able to come up with any conclusions, of course. I’ve maintained a certain personal manifesto, which is just to always try to be true to myself and unapologetic and uncontrived, and stay focused on who I am in the moment. That was a moment that was captured by my friend Herb Ritts and it was an important and I'm really, really proud of it, but it’s really just about doing what you’re feeling is an honest, artistic offering.

AC: Are there younger musicians who are gay that come to you now about your influence on them?

KDL: Yeah, there are.

AC: What do they say?

KDL: They say it really helped them, or they relay personal stories about how their parents didn’t want them to have Ingénue. They would sneak up to their room and listen to it. Just yesterday, Nonesuch [Records] re-tweeted the image from the Vanity Fair cover and a few tweets came back saying, “That really helped me find my own sexual orientation.” You know, stories like that.

AC: Yeah, I mean, to this day I do love a woman in a suit, so I guess thank you for that.

AC: Your discography includes a huge breadth of collaborative albums and most recently it was 2016’s

case/lang/veirs with Neko Case and Laura Veirs. I adore that album and I love each of y’all’s sound on its own, so when it came out, it was the only thing I was into for months. I’m curious, what was different about that collaboration than your earlier collaborations?

KDL: Now that I’ve had a little space from it, I think I conjured that idea up to help me rejuvenate my love for music and the process of making music. That’s indeed what happened, although it was very, very arduous at the onset because of the songwriting process. You’re taking three very, very strong-focused originals and putting them in a room together and collaborating. We all have our very, very unique processes on how to accomplish our songwriting.

It was excruciating at times and you had to really check your ego at the door and open yourself up to words, melodies, processes – things that just really went against your own personal grain. That, ultimately, was a completely rejuvenating and healthy experience.

AC: Why did you choose to work with Neko Case and Laura Veirs?

KDL: Oh, I’m a fan of them both. I’ve been a fan of both of them for a long time. I had moved from Los Angeles to Portland at the time and met Laura at a thing I did and knew Neko was working with Laura’s husband, Tucker Martine. I was just sitting at home one day going, “Oh, we should probably make a record together.” I texted them and within about five minutes both of them wrote back, “Hell yeah!”

AC: You've been making music for decades now. How do you see yourself evolving?

KDL: Quite honestly, right now, I feel like I’m in sort of a suspended animation. I’m not really making music other than touring the Ingénue Redux tour. I’m not feeling any pull towards any genre or any type of music-making.

So right now I feel quite stunted, but I’m allowing myself to take the time to step back from it. My mom’s 95 and I’m in a relationship [with someone who has a child], so life is sort of taking precedent right now.

AC: Do you still perform barefoot these days?

AC: Why do you still perform barefoot?

KDL: I like the feeling of the gravity of it. I feel grounded. I get a lot of vibrations from the stage, literal vibrations. I like the control I have better. I can feel the mic cords better. I can feel ... like if I step on a mic cord or if I’m getting too close to an amp or something. I just have more sensitivity because I have my eyes closed a lot. I just feel more natural. I feel more grounded. 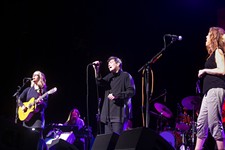