How to art female empowerment

Over Labor Day weekend, Austin’s third Babes Fest not only addressed the problem of gender inequality in the arts, but proposed solutions during three days of comedy, music, and film.

The multi-venue culmination of ongoing female empowerment event series #bossbabesATX, founded in 2015 by Brownsville native and current Forbes columnist Jane Hervey, included performances, panels, and showcases with more than 77 acts and an estimated 1,500 attendees. As a testament to Hervey’s organizational abilities, even with so many women, minimal bathroom lines occurred. 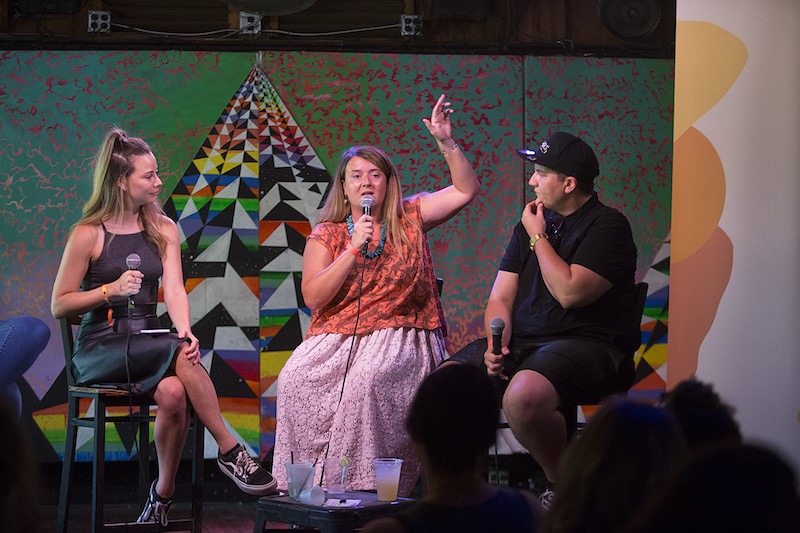 Cheer Up Charlies hosted panels on Saturday of female and gender nonbinary entrepreneurs, artists, and others who work in the creative industries. Advice for up-and-comers in a male-dominated industry put forth at least one straightforward solution for supporting gender equality:

“Just go to shows and pay the cover,” offered Brazilian-born musician Paula Maya. “A lot of artists eat off the door.”

Highlights of the day included a Q&A with local Night Glitter singer LouLou Ghelichkhani and the women on the Creative Industry Panel. Ghelichkhani, a former art major raised in France, began singing via some kids at a club in her fake ID days. The Thievery Corporation enchantress views “music as my form of activism” and cautioned against comparison, whether it be body image or performance. 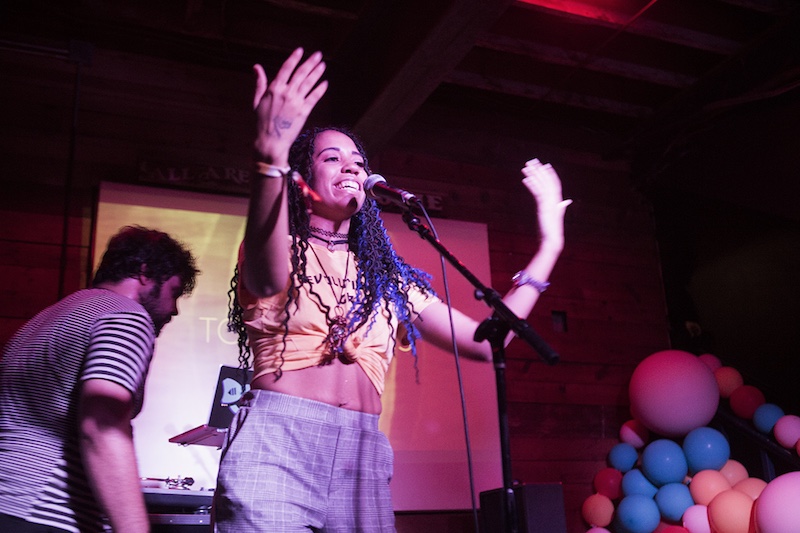 Musical performances that night at Mohawk found Killeen native Eimaral Sol indoors and three-time Babes Fest alum Alesia Lani on the outdoor stage opening for headlining R&B duo Oshun. The former’s youth belied a wise, reedy voice and stage charisma that harnessed Aaliyah with a refreshingly playful delivery of an original compositions such as “Gravity.” While she gave off ethereal gossamer, Alesia Lani’s music proved as earthy as her set. 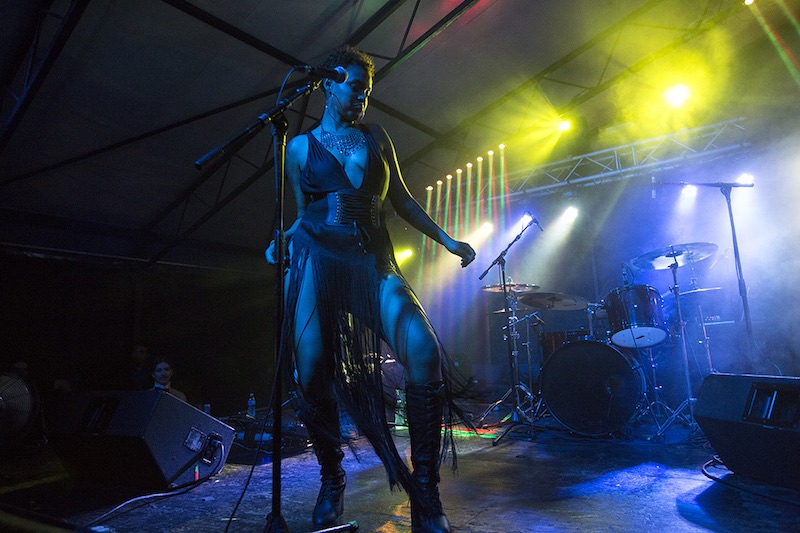 As energetic as Tina Turner, her whirlwind ability to leave it all onstage made one forgive a few pitchy notes. The sultry Austin soulstress jammed out guitar-heavy covers of “My Boo” and “Redbone” before a song she wrote for her daughter made the crowd still filtering in take note. Following a stab at Talib Kweli classic “Get By,” her show devolved into a toe-tapping neo-funk affair. 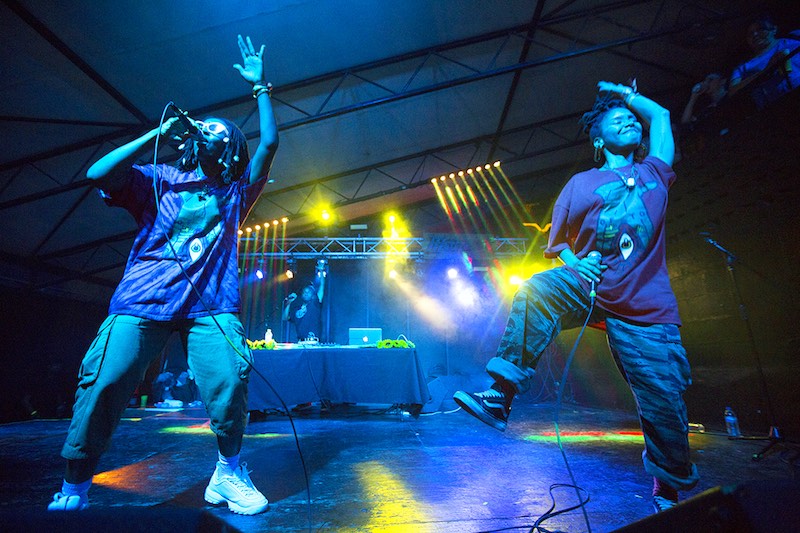 Recent NYU grads Oshun swagged out in matching third eye tees, D.C.-originated sisters Thandiwe and Niambi Sala switching off harmonies and rapping in a fluidity akin to their Yoruba namesake, a river deity. Bringing back a 21st century Native Tongues vibe with positive Afro-centricity and female empowerment, the duo’s organic flow made songs “Blessed” and “Protect Yourself” a conversation with the audience, pure fun and as nourishing for the soul as the homemade shea butter at their merch stand.

They certainly followed through on Hervey’s proclamation from earlier in the day: “Keep it positive, keep it thriving.”