In 1981, the last time ELO worked an album in the U.S. prior to nine total shows this month, the UK group’s ninth LP Time preceded Blade Runner by 51 weeks. The decade’s retro-futuristic New Wave bridged time travel to dystopian noir. Thirty-seven years later in Dallas on Monday, ELO returned not as synth-pop pioneers but as a musical infomercial. Despite various and sundry revivals beginning with the new millennium, ELO’s current reboot took hold in 2014 and dug in the next year on 13th album Alone in the Universe. Opener “When I Was a Boy” rang sixth in an 18-song, 85-minute main set at the American Airlines Arena to start the week. Every seat in every last row kissing the arena ceiling appeared occupied.

Beside the perfunctory performance length, the towering, three-panel LED screens behind the 13-piece band – three keyboardists, two guitarists, bass and drums, a pair of backup singers, a string trio, and Lynne – projected the audio-visual equivalent of scented candles, hokey screen-saver hypnotism. Bent on recreating decades of studio perfection, the live endeavor’s many layers of instrumentation actually muddled the overall sound rather than heightening it, and the bandleader’s vocals under all of it remain somewhat suspect.

Not that Lynne’s falsetto on “All Over the World” in the third spot didn’t thrill, but “Evil Woman” before it demanded both a sharper main vocal and a more pronounced keyboard delivering the radio staple’s honking hook. Riff rocket “Do Ya” thudded damp and moldy, later outdone by “Don’t Bring Me Down” managing all the stomp and holler of the Teletubbies. Ballads fared no better, “Can’t Get It Out of My Head” falling flat behind Lynne and “Telephone Line” missing that pre-cellular zing of the original. 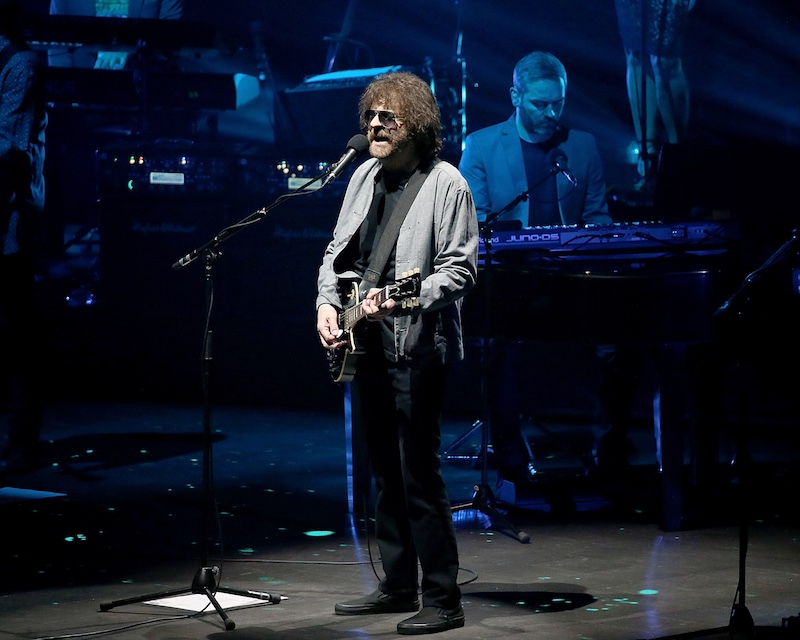 Third from the end, only “Turn to Stone” truly crackled in the same spirit as its master take. ELO sounded crisp, catchy, and as inevitable as the asteroid belt throwing rocks on the screen behind the band. In that moment, the British Invasion and its successive landing parties didn’t feel a million light years away.

[Note: Review updated at 3:27pm with corrections from commenters.] 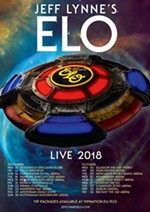