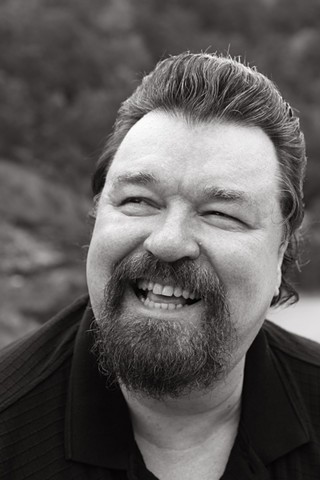 “I’ve always had gigantic forearms. I looked like I could crush pineapples,” chuckles Kent “Omar” Dykes. “Now, I got the little skinny arms. I look down and go, ‘Wow, whose arms are those? Not mine!’ I kinda look like a T. rex.”

Dykes, Austin Music Hall of Fame singer and guitarist of swampy Texas blues rock since 1976, doesn’t know the name of the flesh-eating disease that’s minimized his upper limbs. Neither do his doctors. After playing what may turn out to be his final show at the Texan Theater in Greenville last May, his arms began turning black and he could feel heat emanating from them. That stumped multiple physicians until eventually an equally baffled dermatologist got the condition to subside with months of low steroid dosage.

By that point, the arms pulling off muscular solos since their owner first started leading bands back in 1962 as an adolescent in McComb, Mississippi, had weakened significantly. The problem became worse after a spell of flu and pneumonia early this year. Presently, Dykes can play “a couple-three songs” on guitar before he’s flat worn out.

“I’m all right with it,” he reveals. “It took me a while, but I’ve come to grips that I might not not be able to play publicly again. Hell, it’s not like I didn’t do it already.”

Indeed, Dykes enjoyed an incredible music career. He’s toured in 26 countries and released dozens of records with the Howlers – including major label offerings Hard Times in the Land of Plenty and Wall of Pride – as well as solo albums that include collaborations with Gary Clark Jr., Jimmie Vaughan, and Lou Ann Barton. Locally, his raspy voice and steely grooves have proved bedrock to the homegrown roots scene for over 40 years. His tenure stretches from the Rome Inn to the Saxon Pub and Austin City Limits. And Antone’s – always the Home of the Blues.

That latter venue is where old friends and fans will gather on Sunday, Aug. 5, 2-6pm, to take alms for Omar’s arms. Marcia Ball, the LeRoi Brothers, Derek O’Brien, and Nick Connelly bust out the mojo for their longtime comrade. Casper Rawls, given his enduring nickname by original Howlers drummer R.S. Field, will lead a set likely to include ex-Howlers playing Omar’s material. Well-wishers can donate straight to Dykes on a GoFundMe page, and attendees can shop rare merch and memorabilia with proceeds going to his medical expenses.

“I’m blessed beyond belief that people love me that much. It’s not lost on me,” glows Dykes, who says he’ll be in attendance for as long as his body allows. “I don’t have a lot of money, but I don’t care. I’m a rich, rich man in terms of friends.” 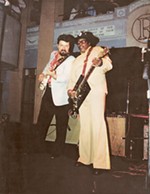 An Excerpt From Omar Dykes: The Life & Times of a Poor and Almost Famous Bluesman
Hard truths about the music business by Kent “Omar” Dykes and spouse Issa Medrano as they revisit Glory Days (for Bruce Springsteen).