Taping Austin City Limits last month, John Prine brought out Tyler Childers for “Please Don’t Bury Me” and “Paradise.” He then ceded the stage completely for the Kentucky native to perform his own “Lady May.” If that was all meant as introduction for a new talent, Childers’ sold-out show at the Scoot Inn on Thursday proved said horse has already left the barn. 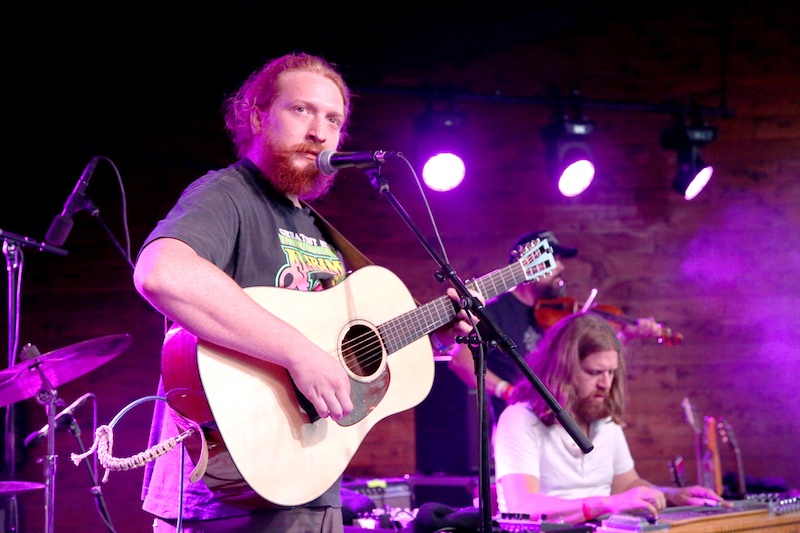 In a show whose demand required a venue upgrade from Antone’s, the 27-year-old singer proved his headlining potential. The 90-minute, 20-song set barrelled behind the energy of a crowd that recognized it was witnessing an artist soon to be taking much bigger stages. More importantly, Childers seemed to realize it himself.

As opposed to his SXSW sets in March, in which the ascending songwriter seemed dazed and overwhelmed, last night’s performance offered Childers in control and armed with songs already familiar to most of the 1,000-strong in attendance.

Credit the slow burn breakout of last September’s sophomore LP, Purgatory, bolstered by Sturgill Simpson’s role as producer. For a wild-eyed song chaser kicking around West Virginia the past few years, Childers has clearly chalked up support from his peer group’s top tier. He comes by the backing honestly.

Unloading lines that might seem too clever if they didn’t cut with so much truth, “Get me higher than a grocery bill,” he and his backing fourpiece, which included fiddle, pedal steel, and mandolin, worked a sound that appeals across hardcore country, string band jams, and sincere singer/songwriter audiences. Like Steve Earle, his slightly awkward and intense stage presence plays against a no-shit attitude and straight rocking style that rumbles through exceptional narratives.

The crowd sang and whooped along from the outset of Purgatory’s “Feathered Indians” as the group began warming up with brooding scour on “Dead Man’s Curve,” its steel groove whining like the wheels coming off. Between songs, Childers bantered with an nearly unintelligible drawl, rambling through stories and band introductions like an Appalachian auctioneer. Even as the set slowed with the Avett Brothers emotionalism of “Tattoos” and “A Song While You’re Away,” the crowd remained rapt by the creak and crackle of his vocals working a line between high lonesome and dark-hollered grit.

Covers of Kenny Rogers & the First Edition’s “Tulsa Around” and Shel Silverstein’s “I Got Stoned and I Missed It” took the band in a country-funk direction before racing through the final 30 minutes of the set to make the venue’s hard 10pm curfew. The closing run worked Purgatory standouts “I Swear (To God)” and “Whitehouse Road,” plus the fiddling “Honky Tonk Flame” and unreleased “Peace of Mind,” which howled with a high diesel whine as the band rolled like a freight train squealing brakes through a small town.

Closer “Universal Sound” rousted the crowd for a final singalong, even as the cut-off time left them wanting for an encore. Still, no one left unsatisfied, and Childers proved a sharp songcatcher with an exceptionally unique voice who’s finally finding his footing and a growing audience. 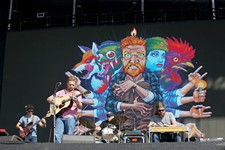