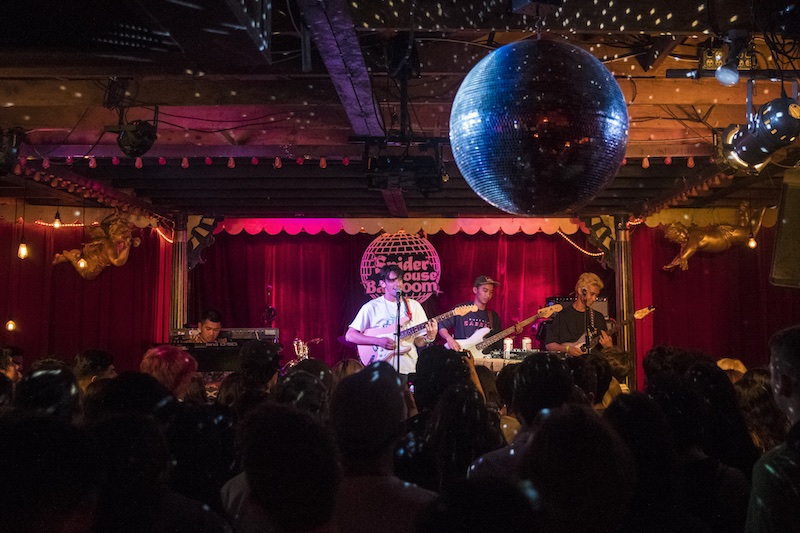 A growing genre forming in response to music’s Auto-Tuned quest for infallibility, BP embraces human imperfection with alternative lo-fi soundscapes. Percussion strips Nineties boom-bap down to its core, while vocals sound like they were recorded on an iPhone’s Voice Memos app. Synthesizers ape Fisher Price keyboards from Toys "R" Us.

Steve Lacy and Claire Cottrill (aka Clairo) have become pioneering influences. The latter’s video for dreamy single “Pretty Girl” went viral after the Bostonian made it in bed using Photo Booth. The former’s iPhone-produced beats helped the Internet earn a 2016 Grammy nomination for their album Ego Death.

Both Seyer, from Southern California enclave Gardena, and Bane’s World principal Shane Blanchard of nearby Long Beach write and produce music entirely from their bedrooms. At 19, Seyer made his first album Ugly Boy, a thoughtful R&B meditation on self-discovery, using only GarageBand.

A slow-churning soul instrumental from the now-20-year-old producer and his band greeted a sold-out Spider House crowded with X’d out entry stamps. Staring into a plastic skull dangling from his hand, the experimentalist sang “Bad Bonez,” melting time with his 2018 album title track about confronting sins.

During “I Feel Best When I’m Alone,” Seyer’s vibrato-infested plea for alone time was juxtaposed by a seducing, Barry White-esque matte. Bedroom pop resonates with such young audiences thanks to warm instrumentals alleviating the anxieties of impending adulthood. It’s comfort music for the sad unknown.

One growing critique of the movement centers on its struggle to replicate layered, lo-fi productions onstage. In Austin, Seyer and Bane's World demonstrated the ability to improve their multi-flavored songs with live instrumentation. Blanchard tremolo-picked his way through guitar sections on “Drowsy" and “Stay Away From My Baby,” filling the room with soulful blues reminiscent of Stevie Ray Vaughan’s “Lenny.”

This kind of flipping and bending through genres amongst bedroom pop artists derives from the streaming era. Nothing is off-limits because everything is a YouTube lesson away from expertise.

“You Bet I Stare” traversed the young crowd through the Summer of Love and “Drowsy” reinforced Blanchard’s penchant for the blues. This kind of flipping and bending through genres amongst bedroom pop artists derives from the streaming era. Nothing is off-limits because everything is a YouTube lesson away from expertise.

That musical climate makes a multifaceted group like Inner Wave possible. The L.A. crew capped the night with a Latin concoction of garage rock, psychedelia, and soul. The sunny surf rock of “American Spirits” returned the crowd to reality after the dream world of Seyer and Bane's World, who joined Inner Wave for a closing cover of “Creep” that came across as warmly as a group of friends gathered around the TV to play the Radiohead track on Rock Band.

The show’s contrast in styles and attitude showcased bedroom pop as less of a style of music and more so a reflection of a generation of like-minded artists with a DIY emphasis on song making. The common thread is a general desire to make music that looks, feels, and acts like those actually listening to it.

As tech languishes humanity, bedroom pop steals it back.