The most subversive pop singer of the Eighties, Boy George brought alternative lifestyles into homes around the globe via Culture Club MTV smashes “Do You Really Want to Hurt Me” and “Church of the Poison Mind.” These days, George O’Dowd, 57, would prefer to talk about the new LP by the original Culture Club ahead of playing the Moody Theater on Tuesday. 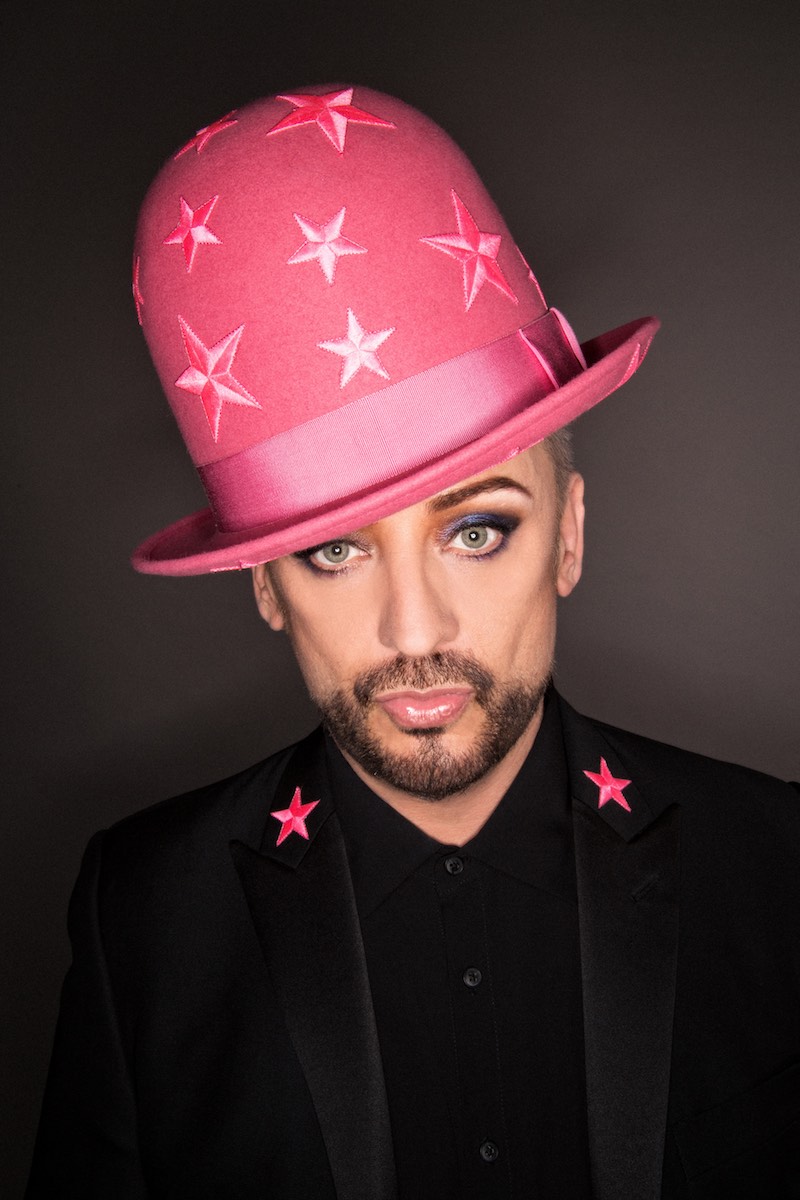 Austin Chronicle: You’re calling from Australia, where you’ve spent quite a bit of time recently. You’re one of the judges on their edition of The Voice.

Boy George: We don’t call it “judges.” We say coaches [laughs]. I guess there are judgements, but basically yes, it’s coaching. Because the show is not really about putting people down. It’s more about encouraging them. Obviously there’s one winner, but you want people to walk away with some sort of information about how they can improve what they do, or make them more inspired. So, it’s more coaching.

AC: There was nothing like that when you began in the late Seventies/early Eighties. How different do you think your career would have been had you had something like this at your disposal?

BG: There were things like that, but they were very separate from pop music. They were more shows your parents watched. We had a show in the UK called Opportunity Knocks. I did write to Opportunity Knocks when I was a very young child, but they never replied. So it’s just as well, although I think they were being rude [laughs].

But I think what it is, is that with popular culture now, there are no rules anymore. Everything’s sort of thrown together. Perhaps talent shows wouldn’t have been considered very cool when I was younger. Now they’re just normal. They’re part of everyday life.

You’ve got The Voice, X Factor, Britain’s Got Talent, America’s Got Talent, all sorts of things. They’ve become another place for people to express their creativity, to maybe get a career. It’s a part of life now. Things have changed so dramatically since when I started.

But I would still say that what you’re looking for is an artist rather than a performer. I think we live in an age now where there’s lots of performers who get up there and sing beautifully and dance amazingly, singing these great crafted songs that aren’t really about anything. So I think from my point of view, I'm still looking for something edgy, something that has a bit of truth to it.

AC: Here you were with this beautiful voice making music influenced by Trojan Records reggae and Motown, and things like that. But you were also bringing cross-dressing and gay sexuality into America’s living rooms via MTV. For a lot of kids of my generation, you were their David Bowie.

BG: That’s a very nice thing to hear. We also, myself and Jon Moss, came from the punk era, as well. We went through glam rock into punk rock into that sorta Eighties electro bit, and then we had our own sort of career. I would say that like yourself, a lot of my ethics and reference points come from the Seventies.

I always feel like everything comes from somewhere else. There would be no Sixties without the Fifties, and so on and so forth. It’s all one thing leading into another. It’s almost like a kaleidoscope, and every generation thinks they’ve reinvented the wheel. They all think they started everything. When you’ve been through all those sort of experiences, it’s quite funny to hear people talking about the Clash [laughs].

But I’m also really happy to see someone young – or someone old! – expressing themselves. I love seeing some kid walking down High Street in a pair of blue platforms, blue dreadlocks. To me, that makes the world a more beautiful and colorful place.

Equally, I’m not somebody who judges somebody by what they wear. You can be interesting without putting on a load of makeup, a wig, and a dress. There are no rules in my world.

AC: Well, thanks for making the world a more colorful place for nearly 40 years now. 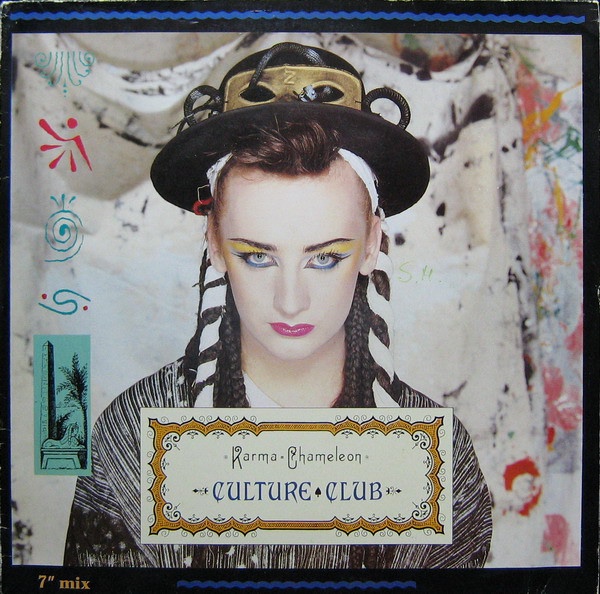 AC: You’re only a few years older than me, so we have many of the same reference points. I remember seeing David Bowie and the New York Dolls on TV when I was a kid. Then when punk happened, I could see how, say, the Sex Pistols were essentially a dirty, ugly, glam rock band.

AC: What did you take away from that era?

BG: I first saw David Bowie in 1972. I was 11 years and 11 months when I saw the Ziggy Stardust concert. It was the one before the last-ever Ziggy Stardust concert, and we had no idea he was going to be killed off a night later. It was a life-altering experience for me, because it was the moment I realized I was not alone in traveling the universe. There were other people like me!

When I went to the concert, all of the older kids dressed up and the girls dressed up, and it was like being invited to a sort of alternative world. This was something David Bowie sang about in his early music. There’s a lyric in the song “After All” from The Man Who Sold The World: “We’re painting our faces and dressing in thoughts from the skies.” When I was a little kid, I felt that was really directed at me.

I walked home from that David Bowie concert singing his songs into an empty drink can, knowing that my life would never be the same again [laughs]. And knowing that I would never again sink or live by those limited rules that were provided for me at school. It really was the beginning of me becoming myself.

But for me, music in the Seventies, in general, was always changing. You had glam rock and that led to punk rock, but you also had disco and that sort of gay thing going on that for a young kid like me was, “Oh, what’s this about?” Then, you had very early electro things like Fad Gadget and Gary Numan.

There were so many interesting things that were happening in the Seventies. I think it was the Seventies more than the Eighties that really defined who I became. Like I said earlier, I always go back to the Seventies when I reference anything that’s really important to me, be it music or fashion or just attitude.

Y’know, the whole punk attitude initially was about putting two fingers up to the establishment. When I was a kid in the Seventies, there was a real separation between what you did as a kid and what your parents were into. Now, kids come to our concerts and their parents come with them [laughs]. I think that’s a beautiful thing and that’s great, but that didn’t happen when I was a kid. My mother didn’t like the music I liked!

“I love seeing some kid walking down High Street in a pair of blue platforms, blue dreadlocks. To me, that makes the world a more beautiful and colorful place.’

AC: I saw the Damned last year and there were whole families there. Two generations! I kept thinking, “Okay, this would not have happened in 1982 when I first saw them.”

BG: [enthusiastically] How were they, by the way? The last time I saw Dave Vanian, I was in a coffee shop where I live. It was a beautiful sunny day, and around the corner came this huge Fifties American Cadillac with these huge wings! And driving it was Dave Vanian dressed in full goth/horror!

He had the white-face makeup and a full-color paisley jacket on. He was with his girlfriend or his wife. It was literally the most exciting thing to see [laughs]. I was sitting there, thinking, “Ohmigaawwwd! It's Dave Vanian!”

I’ve always had a lot respect for the Damned. I’ve seen them a lot, as well. I’m talking the late Seventies.

AC: You’re going out as Boy George & the Culture Club, rather than just the Culture Club. Should I take that to mean the set will include solo material? I also know you’re working on new stuff.

BG: No. It’s really down to the fact that everyone was asking, “Is George in the band?” There was actually some concern whether I would physically be in the band, because it’s been awhile. And the band did briefly attempt to replace me. I’m told it was a total disaster [laughs]. It’s just a question of clarification.

We’re doing our hits, but we’re doing some new stuff from our new record, which I have to say is one of our best records, if not the best record we’ve made. I’m very excited about this album. It feels like we’ve gone through a lot of drama getting to this place.

We’re finishing it now – it’s getting mixed – so it’s on the horizon. Every time I listen to it, I smile. Because it’s just such a reflection of who we are right now, and we are a complicated bunch [laughs].

“I walked home from that David Bowie concert singing his songs into an empty drink can, knowing that my life would never be the same again.”

AC: Listening to the single Culture Club released in 2014, “More Than Silence,” I was, as you say in Britain, gobsmacked. I couldn’t believe how good it was! It was better than your old records.

BG: Yeah, that’s probably one of my favorite Culture Club tracks. It was the beginning of saying, “We really need to embrace who we are now.” You can’t be what you were 30 years ago, and it would be insane to try and be that person.

This new album is called Life, and it’s really a reflection of everything we’ve been through personally, emotionally, publicly. It’s quite inward-looking. It’s a little bit cynical, a little bit optimistic [laughs]. It’s got everything, every emotion.

AC: Hence it being called Life.

BG: Yes. Life Has Many Discontents – that’s my title [laughs].

AC: It can have many meanings. 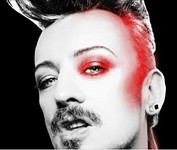 The AggreGAYtor: January 7
What happened today in gay? Here’s your QILTBAG recap of queer news.