Breaking the Ice With Iceage

Elias Bender Rønnenfelt, frontman for Danish punk outfit Iceage, maintains a well-publicized distaste for music writers. After The Fader named him “Rock’s Most Difficult Frontman,” I had some trepidation about our interview in advance of the band’s Barracuda show Sunday for the Hot Luck Festival. It went alright. 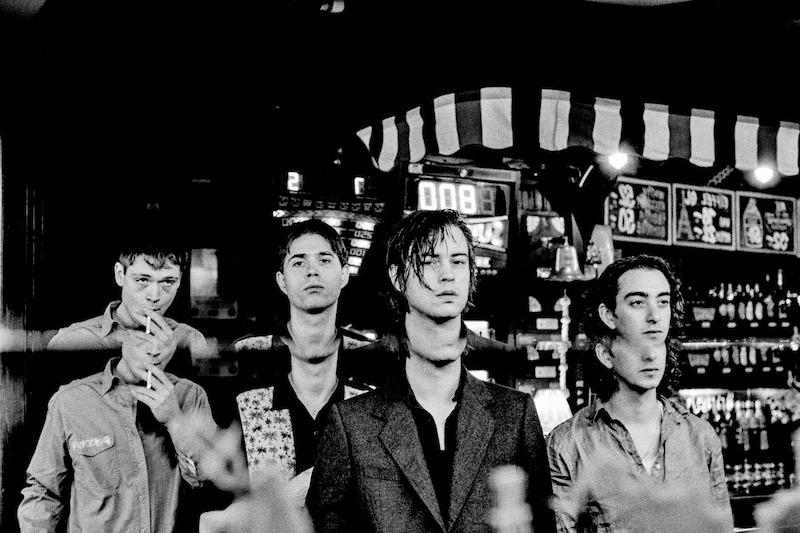 The singer speaks with a rigid delicacy and a constant underlying sarcasm, taking long pauses between answers and fleshing them out to make sure his intentions are clear but also aloof enough as to not reveal too much.

Meanwhile, the Danish fourpiece made up of Rønnenfelt, Johan Surrballe Wieth on guitar, Jakob Tvilling Pless on bass, and Dan Kjær Nielsen on drums is composing some of its most exciting music to date – cinematic and opulent yet angsty and seething. On fourth stuido LP Beyondless, Iceage fashions a rock & roll tour de force that schemes away from the group’s punk past towards a more classical and ornate future. An abundance of horns and strings tethers to their brooding rhythm section.

Austin Chronicle: You’ve mentioned before how there’s a lot of urgency in music, specifically yours, so how would you want to spend your last days?

AC: Like if you had one last day on Earth, what would you do?

EBR: I’d probably just go to my mother’s house curl up in the fetal position and and yell “Why?!” AC: So you’re close with your mom?

AC: Literature is a big inspiration for you – Samuel Beckett inspired your latest album title – and in interviews you always seem to be reading stuff like Gabriel Garcia Marquez. Is there any particular books you’re reading right now that are inspiring you?

EBR: In my bag I have Death in Venice by Thomas Mann that I’ve never read before and then a collection of the Ten Shepherds.

AC: How did you pick those?

EBR: Well, Death in Venice is a classic, so you can’t really go wrong with that one. Then the Ten Shepherds book I got from a friend. Usually I’m really bad at packing in time. It happens 15 minutes before I have to leave, so I just end up throwing whatever’s lying around.

AC: So how does a typical day look like for you on tour?

EBR: Our tour manager knocking on the door of wherever I’m sleeping telling me to get up, then I go in a van, sit there for however many hours that I have to sit for, then I get out, carry gear, do soundcheck, wait around, drink, play a show. What I’m trying to say is tour life is very routine based. It involves a whole lot of commute and waiting around, and everything just leads up to that hour or however long it is that you’re onstage. In other words, there’s a lot of pointless time.

In that way, it’s a sign that if you don’t make the most out of the show, you’ve wasted a lot of hours. It kind of puts some stakes into justifying the whole commute and the waiting with a performance that hopefully feels like it meant something.

AC: How would you define a show like that, a show that went really well?

EBR: It’s a bad thing to walk offstage and feel like there was something you need to get rid of. If you have a show that feels like it was a transcendent experience where everything became compressed into a moment and everything is sort of about the now and you have a feeling that whatever you’re trying to communicate can flow out of you, then you feel a light afterwards and hopefully some sort of exhaustion. Even if it’s a bad show, sometimes that can communicate something as well.

AC: There’s a documentary on YouTube about Iceage and in it you mention how you say things so you won’t be victimized.

EBR: What did I say?

AC: It was a Danish documentary and you were talking about your childhood.

EBR: Oh! I was probably talking about being a little brat.

AC: That’s the word you use. Is that in response to the music you make?

EBR: No, the world I live in now is worlds away from the backyard of the school, so I’m not sure how to apply that to life nowadays. I can’t put too much significance to that.

AC: You’ve said how on previous albums you wrote lyrics to fill the idle space and now you take your time with them. What caused the switch?

EBR: What caused them?

AC: What made you take more time with them?

EBR: Well, when we started out, we were very much just doing it as an impulsive thing and I wasn’t even planning on being the singer, but no one else wanted to do it. At some point you realize that you kind of need some lyrics in there, so it was just out of necessity. Then through sheer practice or trial and error, fortunately I discovered that it was something that could really be fleshed out and something I could have a great interest in.

That’s just something that kept on expanding. At the same time, music is something that’s proven itself to be something we have great interest in exploring, so we really haven’t thought ahead. When we started making music, we didn’t have any hopes or plans for the future or had any expectations of anything. It’s just a fortunate development that music became this thing that seems like an ongoing installation.

Hopefully there’s more discoveries to be made down the road.

AC: What did you want to play or do if you hadn’t been the singer?

EBR: Initially guitar, but it didn’t take long for me to grab the mic.

AC: In the documentary, you say how you want to keep doing stuff that makes you scared. Is there a line? Something you won’t do?

EBR: That’s probably some territory that we’re not going to touch upon, but we try to keep things a little mysterious to ourselves and not analyze too much what our band is and what our band can do. We just try to get led by that gift that comes to us and act upon whatever immediate impulse shows up in our collective minds. Sometimes it’s hard to foresee what direction the ideas might lead you in.

AC: I know you all met when you were young. How did you meet and how have you stayed friends for so long?

EBR: That’s a great question, I have no idea. It’s borderline freaky that we haven’t gotten sick of each other, but somehow it feels like what we have is only getting strengthened over the years. It’s kind of ridiculous, because we’ve been on tour for a month and [afterward] it won’t be more than a day before we hang out again, meet up in a bar or something.

We just have a ridiculous capability of enjoying each other’s company or at the very least standing it. I think it’s also as a group, we were friends for years before we picked up instruments, so having the band isn’t the foundation for our friendship but rather something that came before the music.

AC: Is there any music recommendations you found out from one of the other guys that you really love right now?

EBR: Um, let me think. At the beginning of this tour we had a van that had no input or output, just a bag of cassette tapes, so we haven’t had much of a chance to introduce each other to new stuff. But there’s always songs.

AC: So how do you keep yourself from going crazy in a life that’s so routine?

EBR: Well, we don’t always keep ourselves from going crazy. Conjure some collective meth psychosis. In the worst of moments, you just sort of have to hold on to whatever sanity you have left, remind yourself that it’s temporary. 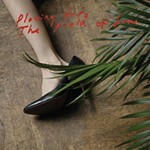 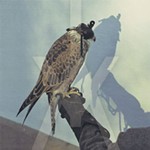 Iceage
You're Nothing (Record Review)