Addressing what its organizers have diagnosed as an underserved local market, Waterloo Music Festival will produce a large-scale jam band event for Austin come this fall. 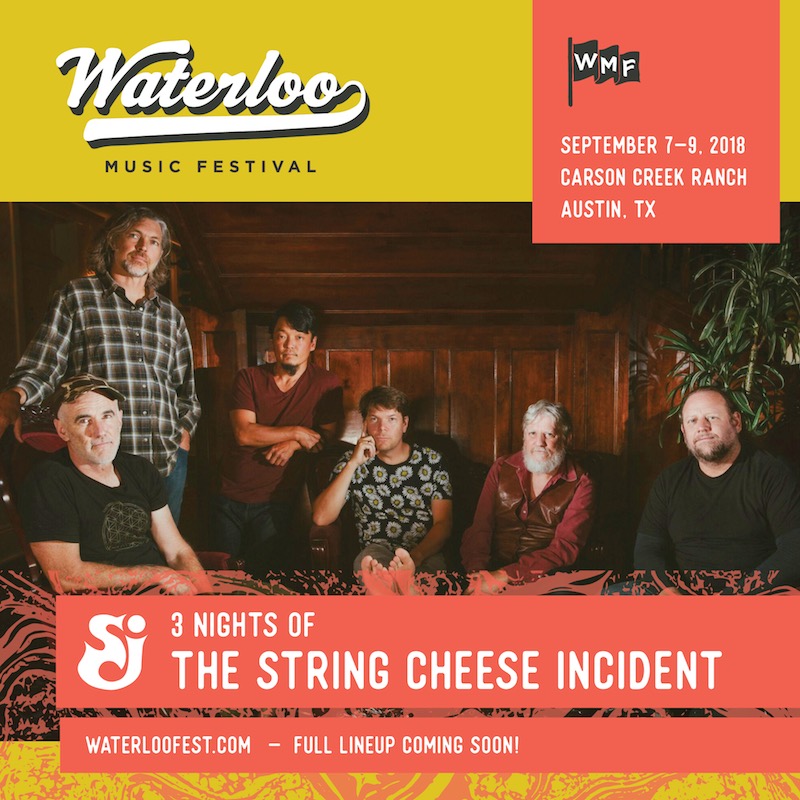 In the jam band domain, one doesn’t simply “like” a band. They “follow” them. Accordingly, the mandolin and fiddle-spiked headliners maintain a cult fanbase that necessitates multi-night stands at big venues like Red Rocks Amphitheatre. Waterloo Music Fest will be the group’s only Texas shows of 2018.

“Over time, a lot of events that present in this genre have become more commercialized and broad,” reckons Mitchell, also a partner in Live Red Entertainment, which produces the Euphoria festival in Austin. “What we wanted to do here was really narrow into this particular kind of event and genre. Jam bands have some of the most knowledgeable and devoted music fans among anyone. They travel and take the time to go beyond the surface level.”

Also included in the initial announcement is the Lone Star debut of Joe Russo’s Almost Dead, a Grateful Dead tribute anchored by the drummer for Furthur and featuring Ween bassist Dave Dreiwitz. Bluegrass-influenced acoustic jammers Railroad Earth and Afrobeat/jazz/disco fusionists the Motet also get early billing, as do Tauk, BoomBox, and Marco Benevento. Mitchell says additional musical curation, fleshed out over in the coming months, will represent “the roots of Austin.”

“It won’t all be jam bands,” offers Mitchell. “You’ll see a lot of blues, rock, funk, and soul music. We don’t want to stay too far from that. We also plan on bringing a substantial amount of local and regional artists.”

Waterloo Music Festival tickets and camping passes go on-sale Friday at 10am, but you can access presale tickets now by using the code CHRONICLE. Pre-sale three-day wristbands are $99 and general on-sale tickets are $119.

Christening the Waterloo Music Festival
Welcome to the jamily