Every year since its 2013 inception, JMBLYA inches further away from anything not hip-hop. Saturday’s packed spring festival in a field bordering Circuit of the Americas boasted a wall-to-wall rap/R&B bill for the first time. ATX promoters Scoremore cashed in their ties to headliner J. Cole, who wrapped his 4 Your Eyez Only tour last December.

Southern rap is a big, incestuous family and all of the major names this year hailed from below the Mason-Dixie line. Trippie Redd, 18 and signed to Atlanta juggernaut Quality Control, played the role of baby cousin, stepping out of Jordans that proved too big during his fourth track, “Poles1469” (featuring controversial rapper 6ix9ine), and slinging water bottles into the audience to prevent the overheating that struck down many at last year’s event. 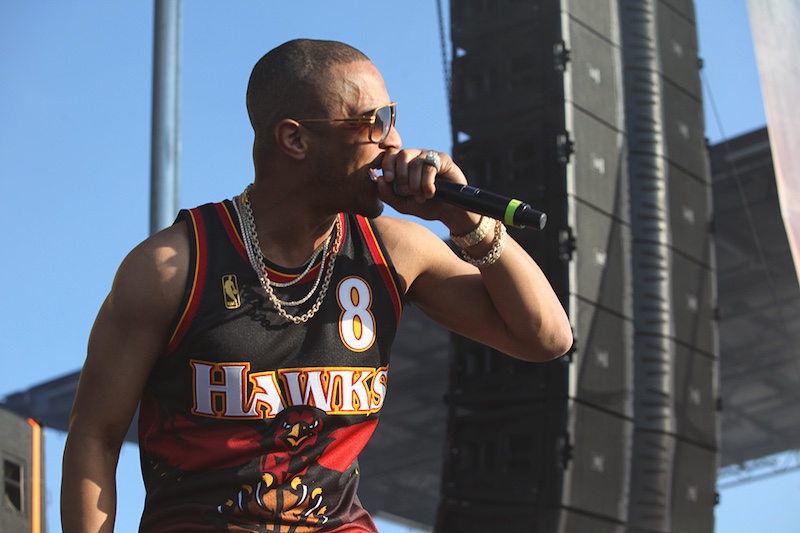 Last-minute Kevin Gates replacement and millennial King of the South, T.I. made boyfriends uncomfortable. “Damn, he’s fine,” exclaimed both a 15-year-old sistah younger than his career and a middle-aged white IT worker.

Repping his hometown in an Atlanta Hawks jersey, the former convict and reality star pulled mostly from the pre-2017 works of his nine-album career, from Iggy Azalea collaboration “No Mediocre” to Trap Muzik throwback “Rubber Band Man.” When he drawled, “Y’all sure you got enough. You sure you can handle some more?,” it sounded downright sexual. 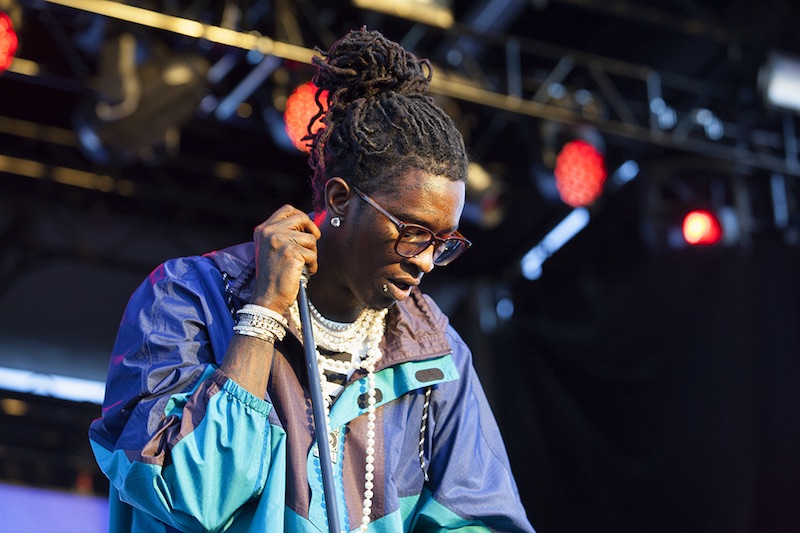 Another Atlantan, Young Thug is the black sheep of trap, turning against its machismo conventions with cross-dressing and taking the rap out of “trap” with his sing-song delivery. Beginning as a mixtape rapper with his “Slime Season” series, his droning lacked charisma and he spent most of his set in a praying position like a gospel singer with laryngitis. 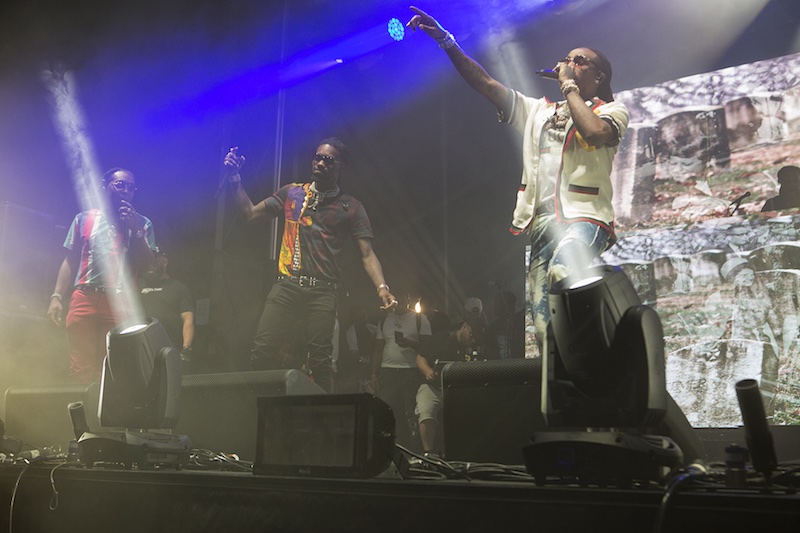 In contrast, Migos, fresh off January’s Culture II, also came up on the Atlanta mixtape scene, but their lean-dripped performance read as total coolness rather than lethargy. Their execution is as virtuosic and effortless as their rapping; Quavo touching his hand to his head becomes a dance move and when Offset sneezes it looks like a dab. “Fight Night,” from 2014 mixtape No Label 2, stirred day one fans, but also all day one cheaters. All three rocked dark glasses and ponytailed cornrows, distinct voices blending seamlessly while they mimed scrambling eggs in recent smash “Stir Fry.” 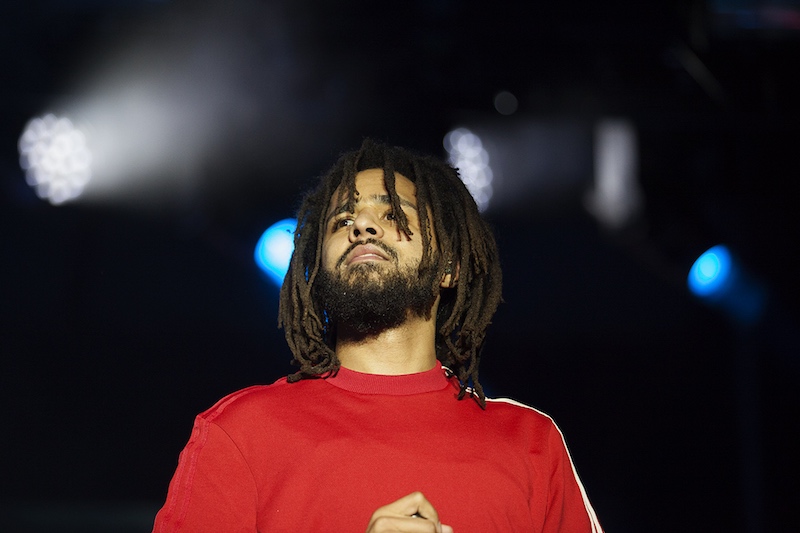 At the climax of the evening, J. Cole slowly stepped onstage, head hanging as if weighed down by his dreads, and it became clear who everybody came to see. As the North Carolina native has aged from 2010’s Friday Night Lights college mixtape days to fresh ballerdom in Born Sinner (2013) and moralistic wokeness on last month’s KOD, his audience hasn’t just grown up. They’ve expanded exponentially. For late-twenties yuppies, 2011’s “Work Out” remains their college one-night-stand anthem, whereas teenagers in the crowd screamed for 2014’s “Wet Dreamz,” a sweet etude about virginity.

Penultimate performance of his 17-song set landed KOD’s “1985,” Cole’s a capella halfway through emphasizing the hypocrisy of commercialized rap as white frat boys nodded their heads.

“One day, these kids who listen to you gon’ grow up.”