The Rattle Inn, the only bar in the upscale West Sixth district that hosted live country music, closed last week. 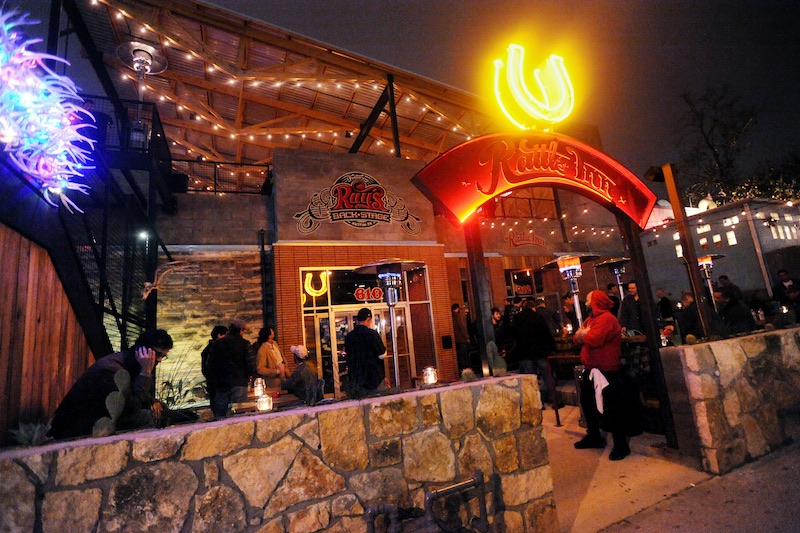 According to multiple sources with knowledge of the closure, the staff was laid off unexpectedly Monday, April 16. “Playback” visited the venue on Saturday night and found the doors locked and lights off. Scheduled to perform the previous night, profane honky-tonk humorists the Beaumonts were notified earlier in the week that their show had been canceled.

On Monday afternoon, Rattle Inn co-owner Matt Luckie responded to an inquiry about the closure through a publicist at his FBR Management:

“It’s been a wonderful eight years and with all that’s on the horizon for FBR this year, we are committed to focusing on our other projects throughout Austin.”

By our count, it’s been just over six years. The Rattle Inn opened in January 2012 as a partnership between Luckie, who owns a litany of popular bars including Johnny Cash-themed joint Mean Eyed Cat and Star Bar, which neighbors Rattle Inn, and Kevin Williamson, who owns adjacent restaurant Ranch 616, and Asleep at the Wheel frontman Ray Benson. The bar’s live music room was initially branded Ray’s Backstage and decked out with the Grammy-winner’s personal collection of memorabilia.

Eventually, the venue stopped using Benson’s name. It’s unclear at what point he separated from the Rattle Inn. Benson’s management team did not respond for comment. When asked to clarify his involvement, FBR offered:

“Ray’s partnership was greatly appreciated and we had a wonderful eight-year run.”