To transplant utopia, one must first locate paradise. Last fall, Utopia Fest founder Travis Sutherland bid adieu to his family’s Four Sisters Ranch at the Southern tip of the Texas Hill Country in Uvalde County where it had been held for nine years. Today, organizers revealed that the event will take up residence on a sprawling private ranch near Burnet. Sutherland reports that over the last nine years, 70-80% of Utopia Fest attendees originated from Austin. That drive lasted almost three hours. Getting to the grounds in Burnet County takes just over an hour.

The move finds Sutherland partnering with Down in the Oaks Entertainment, a three-man team including homegrown Austinites Patrick and Brandon Harrison, whose family has owned the property since 1936, and their friend Jeff Dena. The latter was so enchanted by the 100-plus-acre expanse that he left his home town of New York City and a career in orthopedics to help the brothers transform the land into an event space.

“Brandon and I started clearing the area with push mowers,” Dena recalled yesterday as he overlooked one of the property’s seemingly endless fields. “It was hard, but we could actually see the progress and that felt good.”

Soon, the pair brought out reinforcements – chainsaws, riding mowers, skid-steer loaders – and cleared out acre upon acre of tall grass, cedar, and lifeless oaks that had been casualties of drought.

The manicured grounds, which “Playback” explored on a two-and-a-half hour stroll with the Utopia Fest Down in the Oaks team on Sunday, sequenced a variety of natural landscapes: large open fields slated for stages and camping, groves of ancient oak trees providing natural canopies where VIP areas and the silent disco will take place, plus hills, trails, hidden ponds, and a flowing fork of the San Gabriel River. The plot is stunningly vast; one of its four main fields is larger than ACL Fest’s entire footprint.

“What attracted me to this place is that, even though it’s closer to Austin, there’s no sign of civilization,” offered Sutherland, who thinks of Utopia as a nature retreat as much as a festival. “At first, I didn’t look at the move as the beginning of a new chapter. I was just looking for a place to transplant Utopia that was a worthy successor to the ranch. When I came here, I saw that it was special and had a lot of potential.”

Another of Utopia’s idyllic principals remains unchanged. With no overlapping music, you’ll never have to choose between bands. Meanwhile, the Harrison brothers’ vision of sharing their family’s ranch stands in philosophical accord with Sutherland’s Utopia.

“Our goal with Down in the Oaks is to rejuvenate souls,” declares Patrick, who demonstrated an Emerson-like appreciation for nature as he led the tour, pointing out ancient trees and sacred clearings. “We want people to come out here and forget their stresses and connect again, unplug from the craziness of society, and truly jump into the energy flow of this place. This ranch is a portal where people can dream and create… or just sit.”

Passes for Utopia Fest Down in the Oaks are on sale now. 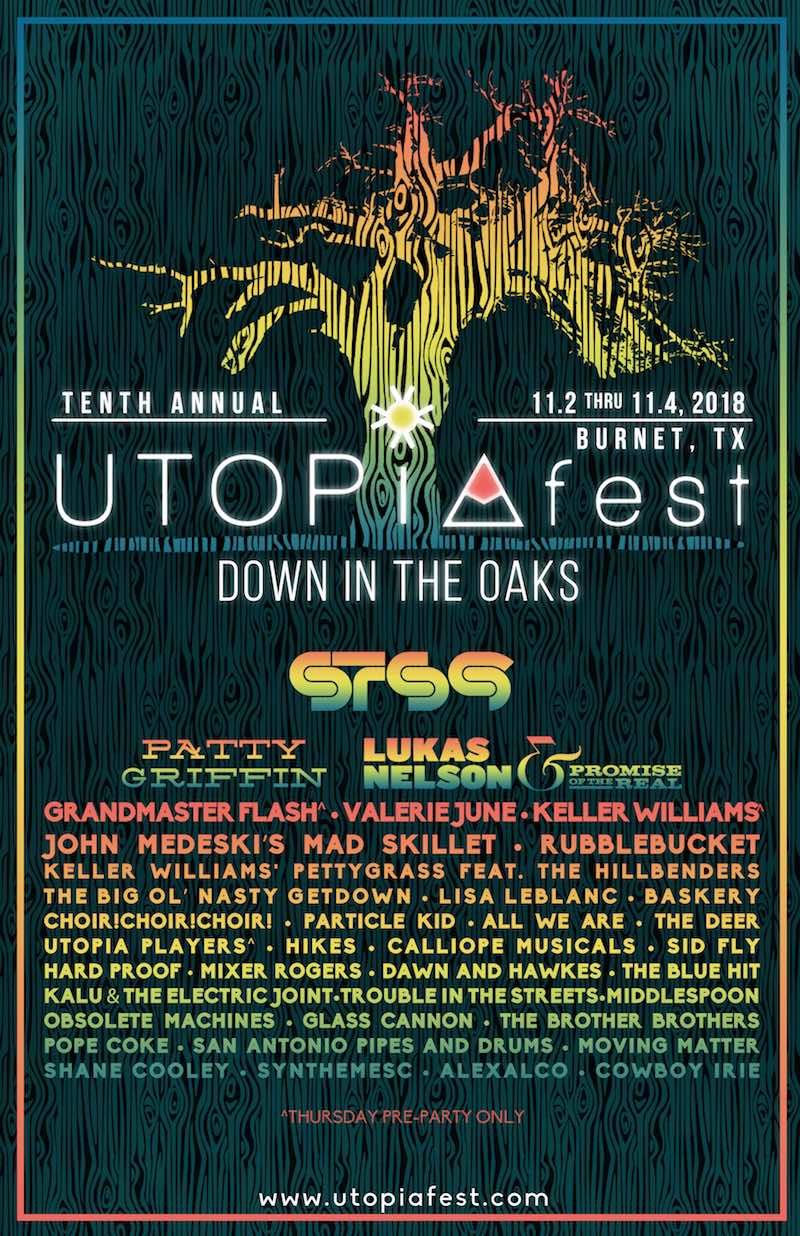 Playback: The Indestructible Mr. Lewis
The trials and tribulations of Mr. Lewis & the Funeral 5, plus a Utopia Fest report, and the passing of Seth Gibbs 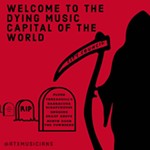