Last May, Brandi Carlile’s Cover Stories benefited the War Child charity with Dolly Parton, Adele, Pearl Jam, and more interpreting songs from the singer‘s sophomore album The Story. Given February’s sixth studio disc By the Way, I Forgive You, the 2017 project now feels less like a capstone to her steady rise than a shift into her second act. 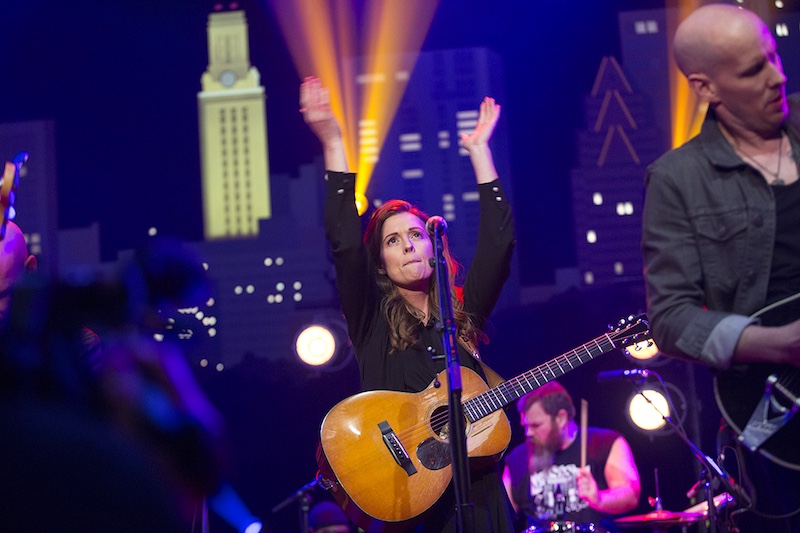 The new album dominated the 36-year-old Washington State native’s third appearance on Austin City Limits, follow up to her 2010 taping and last year’s appearance in tribute to Roy Orbison for the ACL Hall of Fame show. The 14-song, 90-minute set-list included nine of the album’s 10 tracks, with the familiar trio of Carlile flanked by Tim and Phil Hanseroth flourishing behind the addition of a string quartet next to the drummer and opposite a keyboadist.

Lights up in the Moody Theater to accommodate a live stream of the show, the impact of Carlile’s songs was visible on the faces in the crowd. Fans crammed at the front of the stage constantly wiped tears from their cheeks and sang along, proving that the two-month-old album wields an emotional sledgehammer. It proved a remarkably cathartic showcase, as celebratory in the songs’ determination as it was empathetic about their vulnerability.

Carlile evokes both in the powerful sweep of her voice, rising to blowout songs like “The Joke” and sharpening to bite the chorus of set opener “Every Time I Hear That Song.” She dexterously controls the pace and flow of the show, a rollercoaster that can shift from bursting stomps such as “Raise Hell” into the harmony-stunned “The Eye.”

Carlile’s daughter with her wife Catherine wandered onstage early in the show, the 4-year-old Evangeline helping set up the singer’s solo turn of “The Mother.” The new song epitomizes the shift in her songwriting on By the Way to an even more compassionate point of view, which she acknowledged in “junkie” lament “Sugartooth.” Carlile’s songs can sweep with the simultaneous pull of tenderness and defiance, humor and pain, forgiveness and ferocity, all spun in vivid narratives that complicate easy emotions.

Strings added to the impact, often bowing in sharp declarations to the late Paul Buckmaster’s arrangements. Carlile took advantage of the classical quartet to blast out a stellar, bluesy take on Elton John’s “Madman Across the Water,” and swell into the close of “Party of One,” the songwriter seated at the piano and lifted from a breaking throaty warble into gloriously pop sheen.

When Carlile re-emerged before her encore of “Hold Out Your Hand” to re-take a couple of songs for the televised show, she acknowledged a woman weeping in the front row. It’s no doubt a reaction she sees often at her shows, but a rare one for an Austin City Limits taping, and a testament to the power of her songwriting and ascending musical profile.

“Hold Out Your Hand” 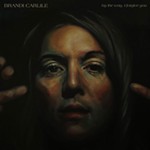 Brandi Carlile
By the Way, I Forgive You (Record Review)