SZA B-sides with a dash of Sugarcubes

Friday’s Korea Spotlight wins the award for most camera phones in the air at once. Notoriously well-attended year after year, the showcase found fans lined up outside the Belmont as early as 6pm. 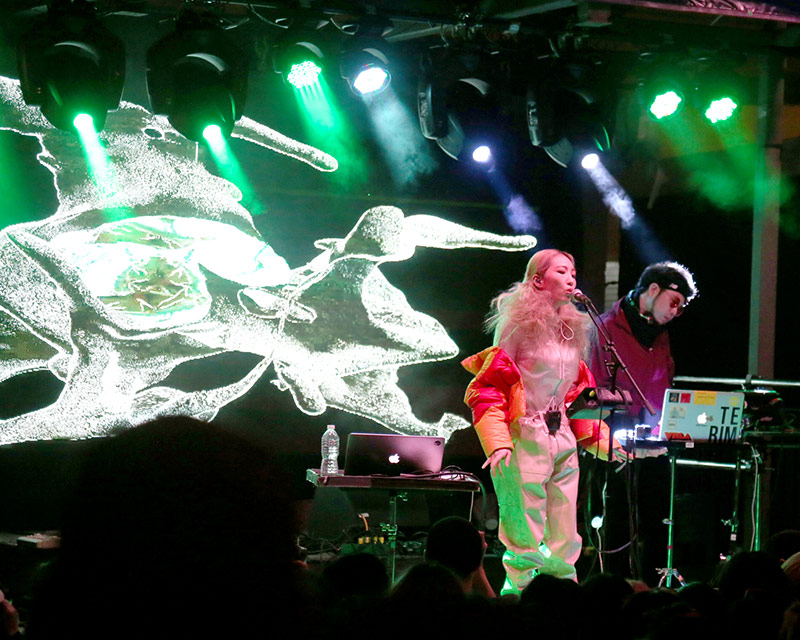 They looked young and pop-hungry. Most were there for Crush, Best Icon at the 2017 Asia Artist Awards. With 26 million Spotify plays for K-pop hit “Beautiful,” South Korean singer/rapper Shin Hyo-seob had the whole throng harmonizing (and snapping) along.

Cifika (née Yousun Cho) was clearly from a different world. Wearing a mink scarf and a shiny, white, futuristic raincoat, she could have stood next to Björk in a police lineup. A collaborator contributed on a digital drum pad and synth accompaniment, while projections turned from pastoral to futuristic, green flower petals transforming into fractals.

She sported the look of an icon in the making, but it quickly became clear that the crowd wasn’t yet familiar with the singer. This despite being packed in tight enough to give the Fire Marshal a migraine.

It definitely wasn’t pop music, but what exactly is these days? One track sounded like Drake, a hazy underwater banger appropriating both trap and Detroit house. UK bass proved another touch point, with glossy stutters pulled from the Disclosure playbook. The catchiest tracks sounded like SZA B-sides with a dash of Sugarcubes, her vocals anchoring the beats with a purity of tone that hinted at real commercial potential.

The fans that treated Crush like a young Beatle didn’t scream after Cifika’s every word, but by the end she won them over. Her genre chameleon approach to electronic pop kept the crowd’s attention despite a few awkward stylistic leaps, largely thanks to the character of her voice. Korean audiences will be hearing much more of it soon.