“We want to stick with what we did year one of ACL,” the C3 Presents founding partner offered. “We want to try to get 20,000 people in the park and go from there. It’s not going to be a quick 80,000 day one. So we want to build this organically and slowly like we did with ACL over three or four years, and try to just grow it in a way where we’re not forcing things.

“We also don’t want to overdo it the first year and have the brand experience not be up to par.”

The bigger question with the new festivals, however, is what happens to the concept once you remove “Austin” from the equation. After 16 years of ACL Fest and a record 44 seasons of the Austin City Limits television show, the brand has grown with, and become integral to, Austin. Can what makes ACL Fest special to Austin translate halfway around the world, and what is the essence of the endeavor that transcends locale?

HOME WITH THE ARMADILLO? 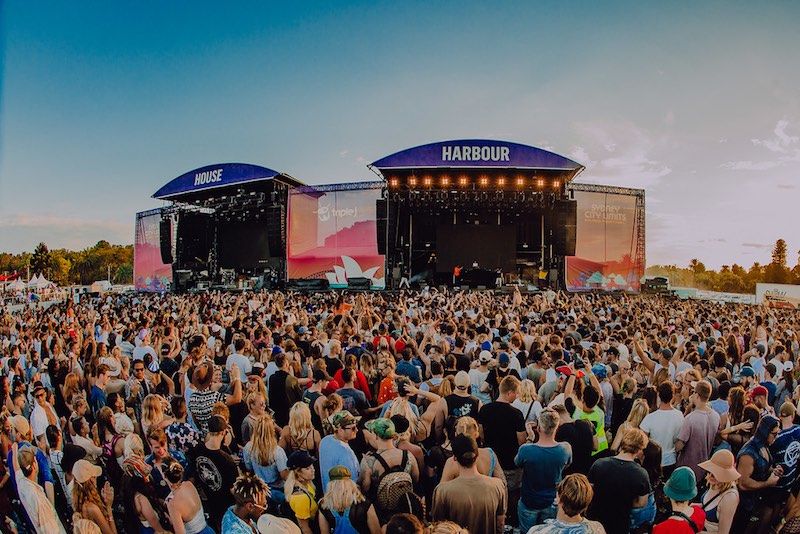 Logistically, the City Limits expansion made sense to C3, which in 2015 sold a controlling interest in the homegrown company to global promotions powerhouse Live Nation. C3 already had experience and partners in Australia and New Zealand from their brief role with the now-defunct Big Day Out Festival, and a test run of Auckland City Limits in 2016 after BDO’s financial collapse. When they looked to repeat the Antipodes version of ACL last year, they realized that pulling significant enough talent for an ambitious single-day festival was too difficult. Thus, Sydney City Limits emerged to offer bands a two-weekend payday Down Under.

“We’re looking for green spaces, and where the Austin City Limits festival will translate,” said Attal. “Every market is different, but we always have a local promoter and collaborate with them. You’ll see a lot of stuff that we do here in Austin, but you’ll also see a lot of the local flair and it will have its own identity.

“It’s the same way with the Lollapalooza brand in South America and Paris and Berlin. They’re all with regional promoters, so everything is going to be organically different.”

While the local differences make each festival unique, it’s the similarities that define what the overarching City Limits brand stands for as it expands. To Attal this means booking acts that align with the increasingly eclectic television show, but also a festival experience that’s laid back and appeals a broad demographic, including kids.

Much like Austin’s original version, the ideal of the new City Limits festivals is to be the kind of annual event one might grow up with, from a first festival experience at the Kiddie Limits stage to freewheeling teens reveling in the latest chart toppers and adults soaking up greatest hits from legacy artists. That inclusiveness can’t be achieved by the lineup alone. It needs to be cultivated in a space with an experience that’s appealing to all those generational expectations.

“Anything that expands the brand is amazing,” offered Tom Gimbel, General Manager for the Austin City Limits television show who’s worked closely with C3 to create a more universal brand. “It’s choosing the right market and the right partners, because when you’re turning a brand over to someone who’s on the other side of the world, you need to make sure you’re selecting the right partners. Partners that have integrity, treat the music right, and that book the right things while creating the right environment.”

After 16 years of ACL Fest and a record 44 seasons of the Austin City Limits television show, the brand has grown with, and become integral to, Austin.

While Sydney City Limits and Auckland City Limits both met expectations in numbers, they differed in fulfilling expectations of the experience. Despite having largely the same lineups and number of attendees, with both staged in exceptional parks at their respective cities, the second weekend’s Auckland event proved a gem of a festival while the first weekend’s Sydney festival felt generic by comparison. Never to be seen in North America, the Libertines at SLC (Courtesy of C3 Present/Photo by Mitch Lowe)

To be sure, Sydney City Limits was a fine festival, especially for an inaugural event. Held in a corner of the Australian city’s premier Centennial Park, performances were typically high quality with few problems beyond Future’s set being delayed by a sound equipment issue. The grounds were spacious, the local food trucks excellent, and local bands on the undercard fantastic, especially songwriter Stella Donnelly and raw rocker Alex Lahey.

Still, there was little unique about the SCL experience. It felt as if it could have been held in any park in any city. In its first year, the fest is still defining itself. Likewise, the overall crowd represented a more generic festival audience, mostly teens and twentysomethings, drinking to the edge of rowdy sine the legal drinking age in Australia is 18.

The following weekend in Auckland offered a better example of how the City Limits brand can be both universal and locally distinct. Most noticeable was the demographic difference, which spanned widely across generations and style. Whether that’s attributable to the expectations set by the 2016 festival or simply a more vibrant local music scene, the result was a festival that felt distinctly of the city.

Unlike Sydney’s Centennial Park, Auckland’s Western Springs Park boasts a history of hosting festivals and large music events. Its dirt racetrack/amphitheater made for somewhat awkward logistics, separating the two main stages from the rest of the festival, but the way the grounds were laid out took impressive advantage of the distinction by cultivating a space that invited exploration. More art and installations populated the ground, a permanent carnival ride was open for attendees, and an additional smaller stage tucked in a back corner offered an adventurous local lineup of indie acts and comedy curated by hip Auckland club The Golden Dawn.

The VIP area was also removed from stage sight, much like ACL. In Sydney, that area was set up in the middle of the park overlooking the main stages, and inevitably proved a detriment in having too many people both linger in the exclusive space, and trying to get in. By secluding their VIP area, Auckland provided a place of respite that didn’t interfere with the rest of the rest of the festival.

Auckland also defined a solid localized identity. From the Maori-named secondary stages and the art to the heavy local opening acts of Alien Weaponry and Head Like A Hole, the event played as a showcase of what makes the city’s scene actually unique. And that was equally reflected by the crowd, which seemed much more in sync with the City Limits festival vibe. Fans were more likely to watch sets from artists they hadn’t heard and seemed to appreciate the discovery experience of the festival more than those attracted to the Sydney event. As any experienced concert attendee will attest, the audience at a show makea all the difference. The City Limits fests’ most compelling feature was one that not all attendees have directly experienced, though: the Kiddie Limits area. Both fests had exceptional areas set up for kids, with Auckland even able to take advantage of their park’s transportation village and museum for the space. Both featured crafts and quality performances, including a local under-14 DJ program for younger fans in Sydney.

More importantly, the children brought a subtle energy and aesthetic that infused the events, especially in Auckland. Small kids dancing to Grace Jones at the back of the crowd not only proved charming, it’s unique and something that simply wouldn’t happen outside of a City Limits festival. Oddly enough, it may be the Kiddie Limits element of ACL that best defines and translates the City Limits experience. As Gimbel noted while watching a local band on Auckland’s Golden Dawn stage, “I do think it’s more than just a festival, or a television show. I think City Limits is a lifestyle – a tolerant lifestyle, a music lifestyle – everybody getting along, old, young, and little kids. That’s what’s different about City Limits from any other festival.”