In contemporary Austin, yuppies rule Rainey Street, hipsters overrun the Eastside, and frat boys control West Sixth. Austin’s post-Janis Joplin punk youth culture of the Seventies and Eighties faded out as California high rises rolled in, so entertainment ops for native teenagers were limited on a Friday night. Then Kenny Gee came along. 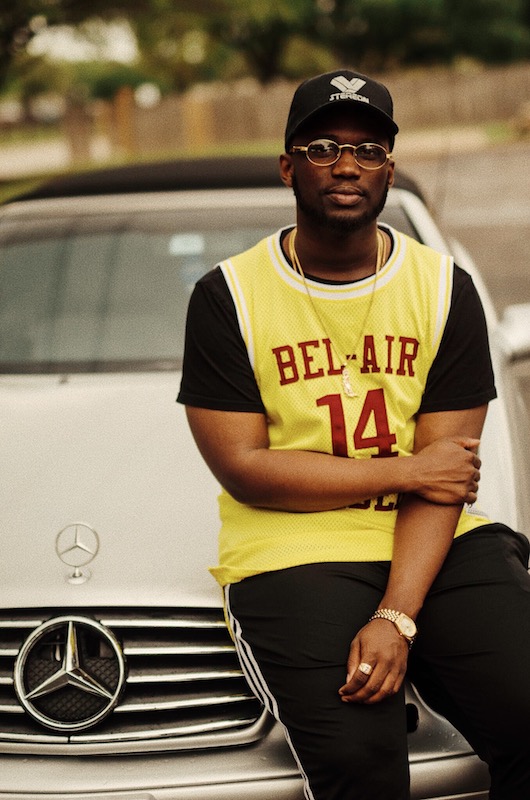 As a 19-year-old cash-strapped rapper, Kenny Gee (given name Kenneth Jackson) realized most underage kids don’t have the money for fake IDs or to buy drinks. But teens want a Snapchat-worthy club experience and Jackson needed money for studio time, so maybe there existed a middle ground. Show opener for local hip-hop promoters ScoreMore, performing on bills with Tory Lanez and Father, he employed his local celebrity to capitalize on the gap in the market. Jackson convinced a friend to loan their house, and decided on a theme – jerseys.

“We wanted to do something for the high school kids and the college kids, and it just popped out way better than we could have expected,” says Jackson.

Paying $5-10, kids of all ages could mingle, enjoy club strobes, and most importantly, witness Jackson perform. For teenagers not in college, the themed party provided an Animal House experience that wasn’t 80% white. According to the host, almost 1,000 people showed up over the course of an evening.

“I done seen everybody try to be there, so it’s not like a set age,” says Jackson. “The main thing that’s so dope about it is that at the end of the day everybody’s finding out about Kenny Gee and helping the brand move forward. That was my main goal.”

The brand soundtracks mostly Migos-style trap and some syrupy Houston screw, and to keep his content regular, Jackson records a backlog of singles that he drops on a timed schedule. He also boasts quite a few famous guests, from recent Atlanta sensation Lil Baby to Father. Latest single “Drip Cost” teamed him with Houston rapper Sauce Walka and racked up over 34,000 views on YouTube in six days.

In fact, Kenny Gee music videos regularly top 10,000 views. That might have something to do with their trademark array of scantily clad behinds in various iconic Austin locations. For instance, his video for “Lil Sum” was set at Austin skating rink Playland.

“My mama used to tell me I was rapping before I was talking,” laughs Jackson. “It was always be the first black president or be a rapper, ya know what I’m sayin’, and since Obama already took care of that, I knew what time it was.”

When the preacher’s sermons went a little long, a young Jackson would doze off. The preacher noticed, and announced to the entire church, “Kenny’s always falling asleep.” Jackson’s grandmother grew concerned: Why couldn’t he stay awake in church? Didn’t he love God?”

“She told me, ‘Well, you need to do something, ’cause people look up to you in church,” recalls Jackson.

So he took a popular trap song and remixed it into a Christian song – the type you could play in church. Without planning, he’d made his debut.

The administrators at his second middle school – he’d been expelled from the first for throwing a laptop and cussing out a teacher – allowed him to rap over the announcements, and he soon graduated to performing at pep rallies. His entrepreneurial spirit also began to surface at Westville, where at the age of 13 Jackson began to print and sell his own sweatshirts and wristbands. Inspired by the popularity of the “I Love Boobies” breast cancer campaign, Jackson ordered boxes of the wristbands wholesale to sell at school, profits from which he turned into studio time.

In high school, Jackson staged his first official performance, opening for SpiceGurlPurp at Red 7 (now Barracuda). ScoreMore’s Eric Castillo came away impressed by his energy. This launched his career opening for touring rappers.

“I acted like I didn’t know who [he was] at first, ’cause I was a kid and I was flexing, but I knew exactly,” admits Jackson. “Once I got his email, I emailed him the next day trying to get on shows.”

Following a three-semester stint at Austin Community College, Jackson dropped out to pursue a DIY business degree in the music business. Now 21, Jackson still throws parties for the youth. He’s an official SXSW artist this year, and opens for Cardi B next month in South Padre.