Built up over four decades, there’s a certain ceremony to Austin City Limits performances. Musicians take the stage broadcast-ready: set-list honed, band polished, banter sheared to a minimum. Enter Mac DeMarco, who kicked off the 44th season of tapings Tuesday night at the Moody Theater and gleefully threw most of that script out of the window. 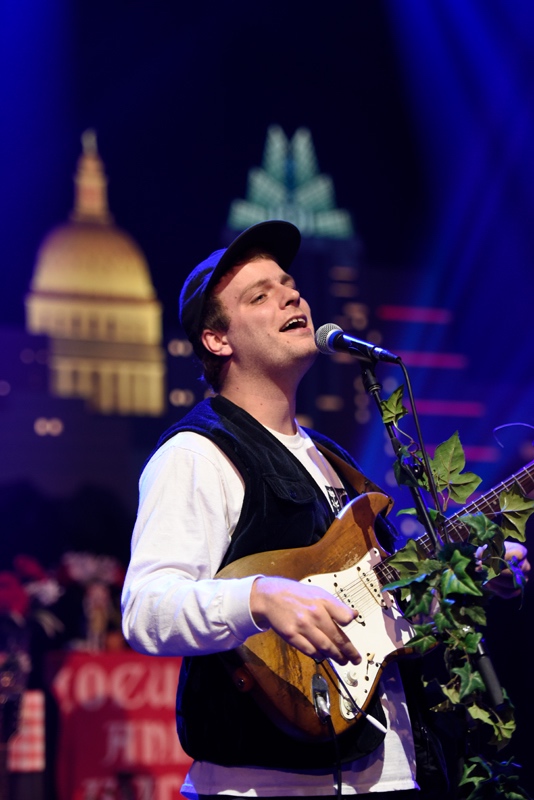 For two hours, DeMarco and his four-person crew took the full house and live streaming YouTube viewers into the Edmonton native’s outré version of an Italian restaurant. Checkered tablecloths; fake flowers, food, and candles; and a scattering of doll heads dressed the stage. Poundcake and Parmesan cheese, which the singer noted were the only edible foodstuffs in the setup, were thrown out to the masses as DeMarco served wine to an audience member and dedicated a disjointed, bizarre “Happy Birthday” chorus to another.

Somehow, amid all of that, great music was made.

DeMarco promised at the top of the performance to keep it smooth, and he made good on the pledge. Rather than lean into the reverb-heavy slacker rock sonic aesthetic he’s become famous for, the singer took the bones of his songs and stylized them in a whole new way. Piano played a central role in that transformation, with “Brother” updated by a jazz-style solo and the heavy synth elements on the chorus to “For The First Time” replaced by acoustic ivories.

Vocals aren’t a particularly memorable part of DeMarco’s five albums, but his aggressive nonchalance and limited range allow it to mix in among the hazy jangle. In his Italian restaurant, however, that same voice took on a strikingly pristine, strong, and sure stance. The shift took near yodeling at the end of “Together” from a novelty to an actual performance, and the first notes of “On the Level,” normally drenched in vocal reverb, sent whispers throughout the audience:

“Did you know Mac DeMarco could sing?”

Not that there weren’t undeniably DeMarconian flashes. When the band launched into a slowed-down “Ode to Viceroy” in the latter half of the set, DeMarco cut it off.

“That’s not rock & roll,” he declared, then rebooted at a faster clip.

The swirling dual-guitar solo that closes the song, a joint effort by the bandleader and his rhythm guitarist, drew cheers. This was the act they came to know and love. Closing the song, he paused, licked a crumb of poundcake off of his guitar, and smiled.

Mac DeMarco’s not one for ceremony. 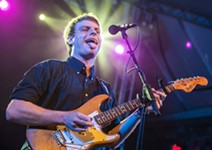