Blastfamous U.S.A. Takes to the Streets

“You could feel it in the air – the excitement, the danger – but also how unified people were over a common goal,” Zeale recalls of last month’s Impeach Trump Solidarity Rally in Austin. 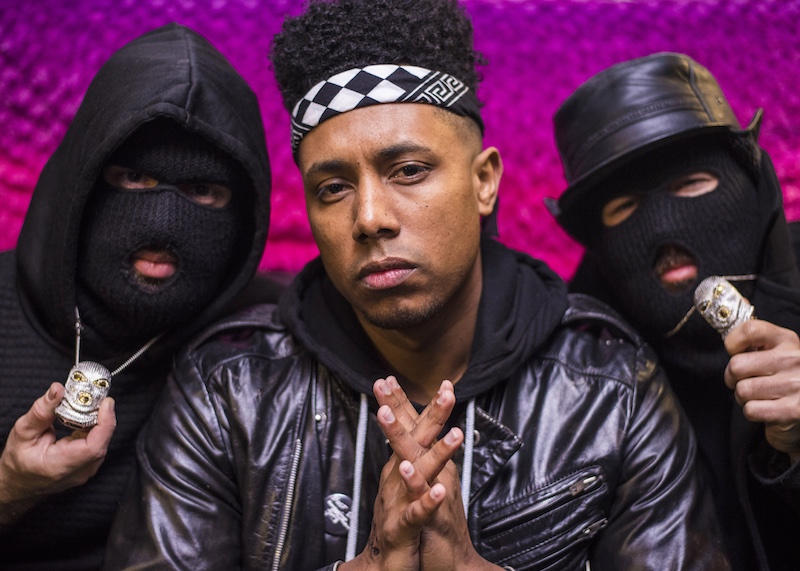 The latest project by the homegrown rapper, an aggressive collaboration with masked beats-and-production duo Nght Hcklrs called Blastfamous U.S.A., documented the protest with a video for “Out Here” from their debut EP, which dropped last July 4.

“If you listen to the lyrics, they’re not as hard-nosed political as other songs on the record, but they’re about homies assembling,” he explains. “So we wanted a symbol of people unifying. These were people from many different walks of life, all dealing with some kind of oppression or being underserved and underrepresented.”

Long regarded among Austin’s most talented MCs, Zeale now positions behind Blastfamous U.S.A. as one of its fiercest as well. The venture plugs his increasingly intense flow over the menacing beats of onetime Sorne bandmates Deano Cote and Kevin Naquin with results that recall Ho99o9’s crust-rap and Run the Jewels’ intellectual agility.

“We had a shared passion in wanting to be militant and aggressive,” says Zeale. “We wanted to create music and lyrics that make people uncomfortable one way or another. It either fires them up or they hate us.”

The group is readying another round of audio mortars for Independence Day 2018. The sophomore effort features spots from like-minded Austin artists including Chantell Moody (Digital Wild/Fort Never), Mobley, Blxpltn, and Phranchyze.

Blastfamous topples tyrants all over town in mid-March. Check out their itinerary: