Swimming and soaring with the saxophone great 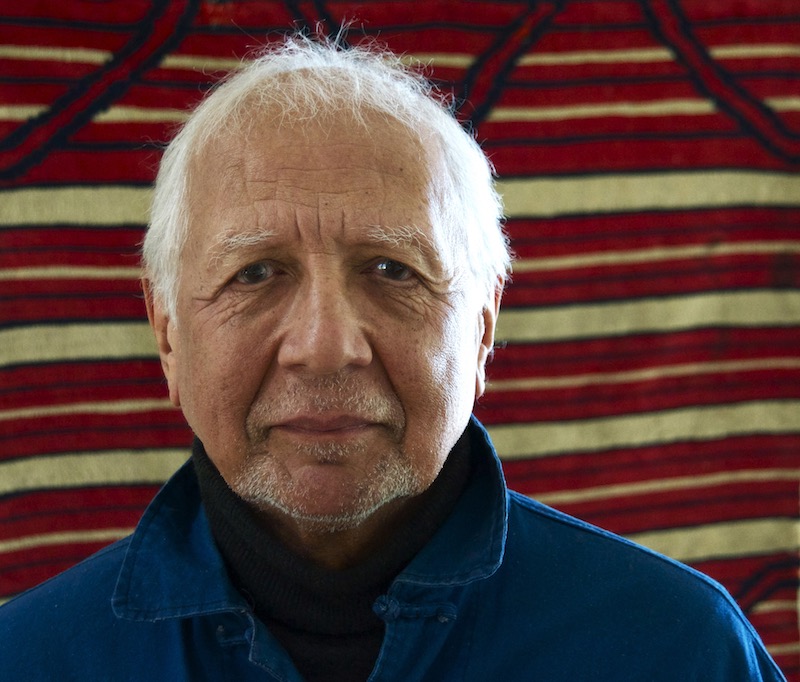 Starting with blues and R&B bands as a teenager in his native Memphis, Lloyd became primary composer and arranger for drummer Chico Hamilton, released one of the first million-selling jazz albums with 1966’s Forest Flower in a quartet including pianist Keith Jarrett, drummer Jack DeJohnette, and bassist Cecil McBee, led the first jazz group to tour the U.S.S.R. in 1967, spent the Seventies in the Beach Boys’ backing band, and recorded a long string of acclaimed albums for ECM from 1989 to 2013.

Now, signed to legendary label Blue Note, Lloyd currently leads a pair of impressive bands: the New Quartet, alongside pianist Jason Moran, bassist Reuben Rogers, and drummer Eric Harland; and the Marvels, a group that finds Lloyd, Rogers, and Harland joined by guitarist Bill Frisell and pedal steel player Greg Leisz. Releasing 2017’s Passin’ Thru with the New Quartet and 2016’s I Long to See You with the Marvels in quick succession, Lloyd leads the latter band in a return to Austin following a 2016 stopover at the Paramount Theatre for next week’s concert in the hills just outside of the Downtown.

Despite being in the process of evacuating his Santa Barbara home due to wildfires and mudslides, Lloyd answered some questions via e-mail.

Austin Chronicle: You’ve always been an adventurous musician, but what made you think of adding pedal steel to the Marvels?

Charles Lloyd: When I was a kid in Memphis, I played with a lot of different bands – B.B. King, Howlin’ Wolf, Roscoe Gordon, Phineas Newborn, Sr.’s band – and one was a great pedal steel player, Al Vescovo. He and I became good friends, and hung out after gigs to talk about music. So it was a natural thing to have Greg join us.

AC: You’re known not only for your horn work, but also for being a strong bandleader. What do you look for in bandmates? How much of the sound of your bands comes naturally and how much is you shaping their skills to your vision?

CL: The quartet with Jason, Reuben, and Eric is a special unit that’s often been compared with my original quartet with Keith, Jack, and Cecil. The New Quartet can go for many months or even a year without a performance and yet, every time we come together to make music, it flows effortlessly. We don’t need to talk about it because we are creating and communicating with each other on such a deep level. We share a lot together on and off the bandstand, and that’s a beautiful thing. Everyone arrives with their own individual and collective experiences, and we forge a completely new experience together at that moment in time.

The Marvels is equally dear to my heart. Bill and I have such a simpatico of feeling for a song. We never have to say anything verbally, it all comes out in the notes. When Greg came into the fold a couple of years ago at a UCLA concert, the Marvels were formed. He and Bill have such a tight relationship – two sides of a coin – and Eric and Reuben are very tight.

AC: How did you hook up with Willie Nelson for “Last Night I Had the Strangest Dream” on I Long to See You, and Norah Jones, who sings “You Are So Beautiful”?

CL: Don Was at Blue Note made that possible. For a long time in my mind’s ear, I could hear Norah’s warmth caressing the lyrics. She became an extraordinary, beautiful, sixth instrument in the rendition of the song. Willie is a very soulful, independent outsider who loves the “zone.” He’s been paving the Freedom Trail for many years now, and we follow in his wake.

When I was living in Big Sur, a friend gave me a copy of [Willie’s 1978 hit album] Stardust. I recognized a synchronicity between us in his choice of songs. I was incredibly honored that he accepted the invitation to sing on “Strangest Dream.”

AC: Nelson, Jones, Moran, and Harland are all from Texas. Is there something about Texan musicians?

CL: Definitely! Ornette [Coleman] is in there too, with them. Independent, creative survivors expanding the universe.

AC: Your music often has a spiritual aura. How do you approach expressing spirit in instrumental music? How do you inject soul into your art?

CL: I don’t think about it. I hike the mountains, swim in the sea, and all the while I am thinking about music. I read a lot and meditate daily. Each of these things and the now 80 years of my life are reflected in the music that comes through me.

AC: Despite Austin being such a music-intensive town, we don’t often get great jazz shows. Are you looking forward to coming here to play?

CL: Very much so. When you love music, you love a lot of it. Lines of demarcation as to whether it’s jazz or country or classical or R&B is irrelevant if it’s great. We try to elevate and soar every night, and we look forward to sharing that with music lovers in Austin.