Dan Bejar packs songs with allusions and contorted wordplay, delivered through a distinct nasal pitch and often elaborate arrangements. Last year’s 11th LP as Destroyer, Ken, offered a different vision from the Vancouver native, more sparse in both sentiment and sound, and braced with Eighties synth rhythms. Destroyer cruises into Mohawk on Monday. 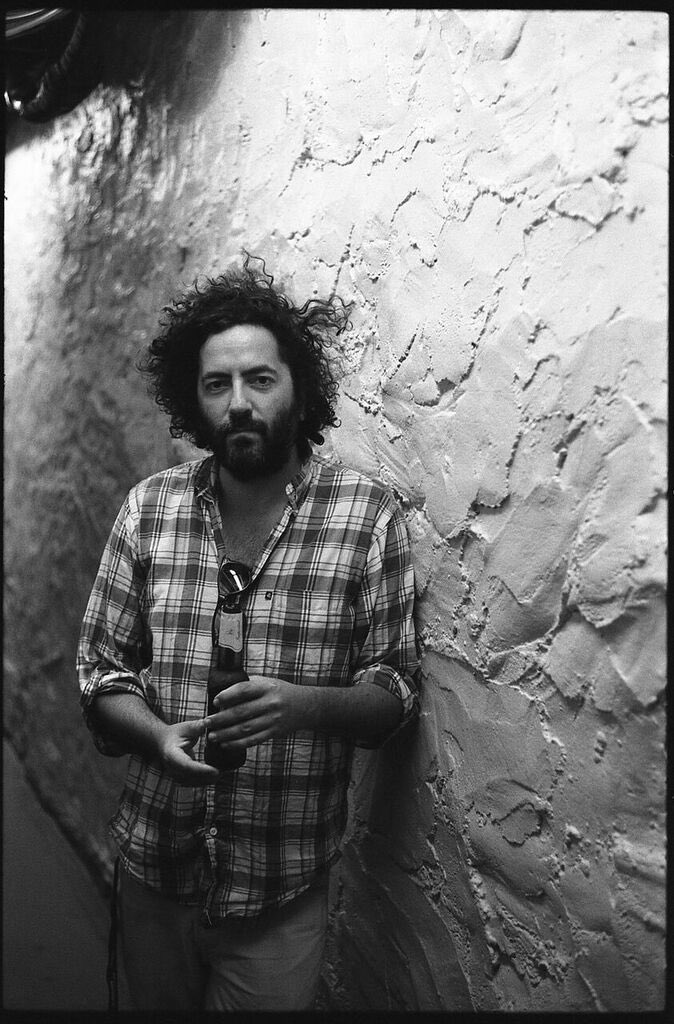 Austin Chronicle: Since we’re starting out the new year, are you a resolutions guy?

Dan Bejar: I dream of being a resolutions guy. I feel I toy with the idea of making a resolution every couple of months. I did forget to make one this year, so I just cut to the chase of breaking it, I think.

AC: Congrats on the new album. The response has been fantastic.

AC: Do you even read reviews?

DB: I like to read the really bad reviews. For some reason, the kind of writing generated by extreme negativity is more my style.

AC: A lot has been made of how much more stripped down and straightforward Ken is for you. Do you feel the same way about it?

DB: Very much so. I can’t imagine writing another batch of songs like this again. It seems incongruous with what I’ve been doing for the last 15 years. I like it, but they’re a special set of songs in a lot of ways. It’s almost kind of goth, or as goth as Destroyer’s ever going to get.

But I feel like when you listen to the songs themselves, you can hear that it’s just me sitting down and writing tunes on an acoustic guitar for probably the first time in 10 years. That’s why they have this kind of directness to them, this simplicity. And they’re all pretty short.

AC: It feels more intimate, like you speaking directly to the listener.

DB: That’s true. Lyrically, the songs have a kind of darkness to them, a darkness that’s different to the usual pleasant kind of melancholia Destroyer songs have to them. I don’t sense that with these songs. There’s a handful of them that are more menacing and clenched. It’s kind of like a foil to the music, because there’s a certain pop quality to the songs.

AC: Where was that coming from for you?

DB: I don’t really know where that was coming from. When I write songs, especially because they often come words first, it’s a very instinctual and unconscious part of what I do, and what I’m most outside of. I have to get a fair amount of distance usually before I really know what’s going on, because all I’m doing when I’m writing is just trying to get off.

These things just kind of descend on me and make my pulse speed up. If I feel like I got punched in the gut, then I’ll make a song out of it. There’s not that much more to it than that, aside from when you look back at a set of writing that you did at a specific time and you can see a pattern maybe.

I think that the only thing I really sense when I scan Ken is that there’s a really specific definition to the world that seems to be diseased and hostile and violent, or maybe decaying. And there are one or two specific narrators that are either like peeping at the world or kind of on the lam.

AC: Is your outlook on the world right now that brutal?

DB: I don’t know. I think it’s OK. It feels in some ways the most outside of me, because I don’t see myself as a person on the verge of collapse. As I get older, the world seems more confusing and demented. I feel like that’s a real normal thing that happens, but maybe it just happens slightly quicker when you’re in show business.

AC: Did last year’s solo tour have an impact on these songs?

DB: It’s the most solo touring I’ve ever done. I’ve always done a little bit every three or four years, but that was the most concentrated. A lot of that was me just doing this thing that I’d heard of people doing – trying out songs in front of people. I was still working on them, but they felt good.

I’m showing up to Austin with like a seven- or eightpiece band. So it will be a lot more blown out and noisier than the album versions of the songs, but a good handful of the songs just felt really natural playing them on an acoustic guitar. It’s a strange collection.

AC: Now that you’re rearranging the songs for the full band, how have they changed?

DB: We don’t practice a lot. We start rifling through Destroyer records and when things come together quick and feel good, we play those songs. Most of the ones on Ken were really fun to play, especially the heavier ones. They sound really good.

The feel on Ken rhythmically is often kind of robotic, built from drum machines and sequencers, so some stuff got swapped out. There’s still a heavy synth presence, but we just play it like a rock band. 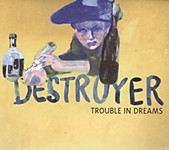