The anthem on Terminal Mind’s sole release, a self-issued 7-inch stamped with the universal “no” symbol that routinely fetches more than $100 on eBay, spun a nihilistic punk declaration: “I Wanna Die Young.” 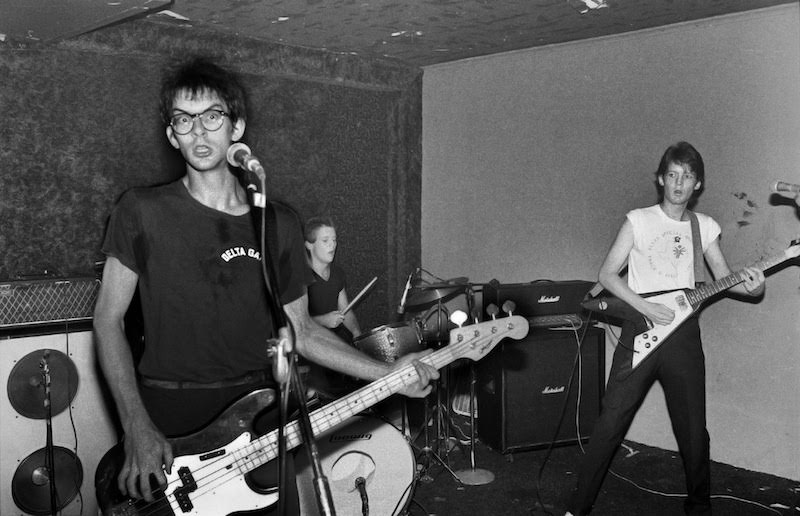 Grayscale art-rock with punk desperation channeled through instrumental and songwriting legitimacy, the triad of bassist/vocalist Steve Marsh with twins Doug Murray and Greg Murray on guitar and drums, respectively (they later added synth player Jack Crow), remains an act locals still celebrate despite a short lifespan and being under-recorded. Historically, Terminal Mind’s music hasn’t been easy to come by – save for those who’ve nabbed copies of the rare EP or Live at Raul’s compilation – so Recordings is a worthy dive into a crucial and obscure sliver of the cap city catalog.

The melodic “Refugee,” from the original EP, demonstrates Marsh’s penchant for meaningful rock songwriting. The chorus spells it out:

“Refugee, that’s the way the real world treats you. Did you think such a person could exist? In a war, there are winners and there are losers. I’m in between.”

Before Recordings drops Jan. 19, give “Refugee” a spin here.