Stephen Sternschein and partners win on only bid 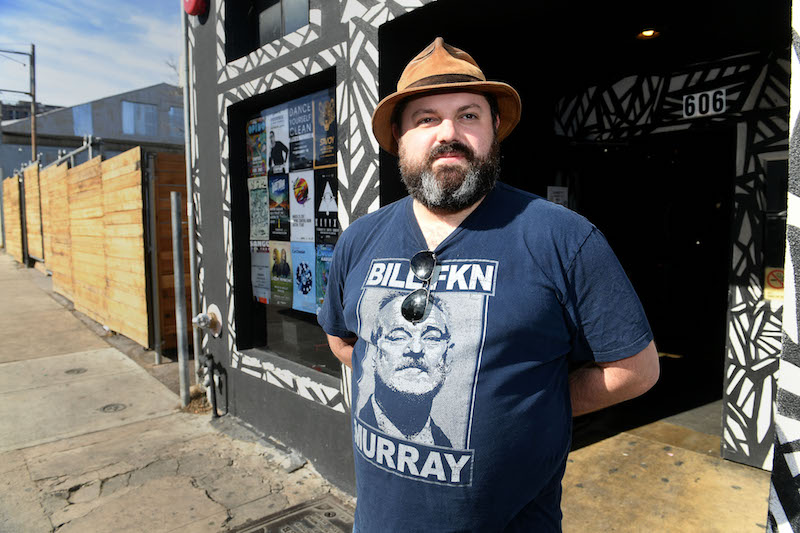 Stephen Sternschein outside his Empire (Photo by John Anderson)

Heard Presents, which owns and operates the popular Red River Cultural District destination Empire Control Room & Garage, has entered into partnership on the music venue with Simple Tone Ventures’ Alex Saunders, who books and manages clubs on both coasts. They now own the Parish brand, as well as a 12-year lease (plus two five-year options) on the 5,300-square-foot second story space at 214 E. Sixth.

The New Jersey native, who opened Empire in 2013 along with partners Dave Machinist, Michael Machinist, and Trey Spaw, says the room will continue as the Parish. He plans to book shows at the 430-capacity room in-house, while continuing to work with outside promoters like C3 Presents, which currently counts some 15 future shows at the Parish. He’s also in talks with South by Southwest to have it be an official venue for the upcoming March conference.

Prior to the eBay auction, which netted 239 bids by 37 bidders, the most expensive item Sternschein ever bought on the online auction site was a $20 Beatles record. For the Parish, he only bid once.

He says the Parish’s pricey Nexo sound system, which both bands and their agents have long embraced, added a lot of value to the deal, but of bigger interest to him was maintaining Downtown’s delicate live music ecosystem. When the auction was announced, some worried the room would be acquired by someone without appropriate interests.

“That’s why I thought it imperative we [buy] it,” said Sternschein Thursday, two days after sharing the news with the Chronicle in an email exchange on another matter. “I was worried we would have someone come in that didn’t know what they were doing, and mess it up for the rest of us. If someone takes it over, they should be someone demonstratively committed to local music.”

Sternschein wants the room to be a “development center” for local artists again. He says you can’t sustain a club on roadshows alone and believes he has the right booking team to make that happen. There will be a few gigs in January, then the calendar will ramp up to three shows a week in February. After SXSW, he plans to have it open seven days a week, including monthly residencies.

In fact, the Parish opened unexpectedly last night for a weather-related relocation of a Free Week show featuring Ringo Deathstarr, the Halfways, Coattails, and Teevee. 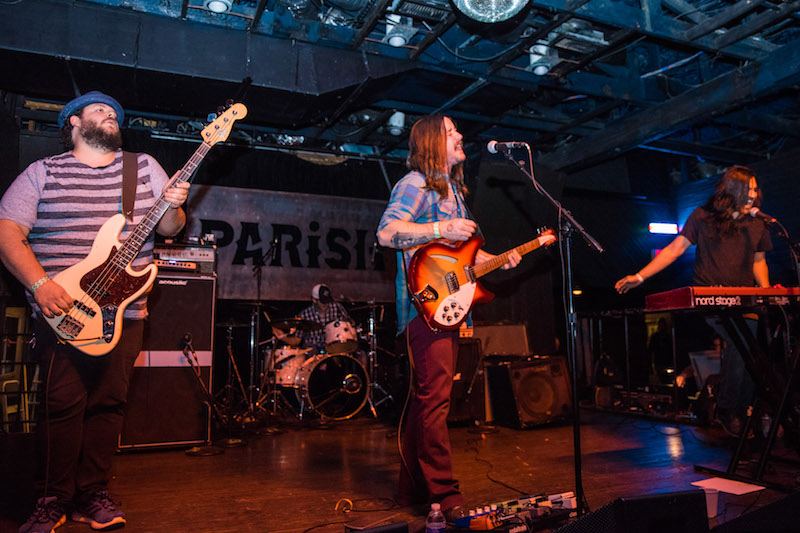 Coattails at the Parish on Wednesday, January 3 (Photo by David Brendan Hall)

Sternschein revealed that Guller had shopped the Parish to him before posting it on eBay and ultimately sold it for a significantly lower amount than the original asking price. The new owner says he has to fulfill one year of Guller’s contract with Ticketweb, then he’s free to use other platforms. Meanwhile, Sternschein is developing Prism, a ticketing-related scaling tool geared toward independent concert promoters, that allows users to easily operate multiple rooms. 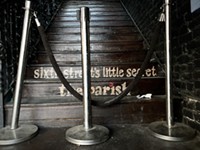