Promoting Savage (Songs From a Broken World), Gary Numan’s garnered a good deal of well-earned, positive press of late. Critics have praised the West London native, 59, in equal measures as the new album, which peaked at No. 2 in the UK and prompted sold-out tour dates, including Saturday’s local stopover at the Mohawk. 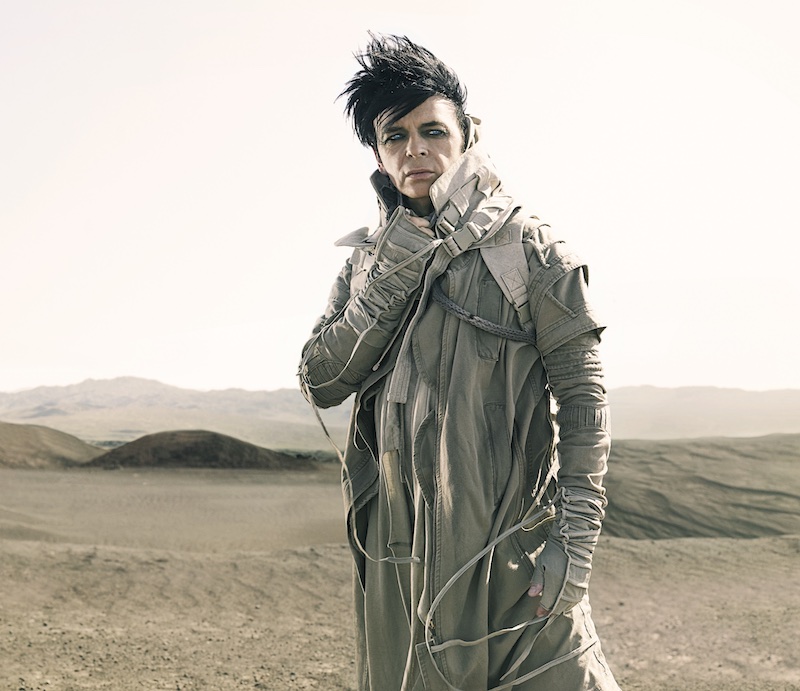 Shows have reportedly boasted stunning lighting and visual design, while set lists have reached across four decades back to his New Wave breakout with No. 1 smash “Cars.” Numan’s riding high, all right. And based on his Twitter feed, he’s having the time of his life.

It’s an interesting turn for the detached android of the Eighties, a man who now voices frustration with nostalgia while at the same time being aware of his considerable influence and happy to collaborate with acts like Fear Factory and Nine Inch Nails. Savage, credited as his 21st studio album and titularly tied to 2013 predecessor Splinter (Songs From a Broken Mind), is a wonderfully heavy, dark work, the songs a fascinating weave of an industrial sound and complex lyrics based on an unfinished novel that Numan’s been working on for some-odd six years and has pecked away on while on tour.

Austin Chronicle: You live in Los Angeles, so how are you feeling about global climate change given the fires in Southern California? I know it plays heavily into your work these days.

Gary Numan: You know, with all the hurricanes and the droughts before that, there’s so much going on, so many clear signs that things are not what they were. People will say, “Oh, we’ve had them before,” but not in that intensity, not that number, not that back-to-back. And that applies to pretty much every little weather phenomenon. Near the Pacific Islands, people are having to relocate. How many signs do you need?

As for the fires themselves, it’s horrible, you know. It’s horrible to see places that you drive through regularly. I saw one yesterday on the 405, the big freeway that goes into the valley from the south, and it was all burning. It looked as if it was alive. The hillside was pulsing with fire. It was beautiful in a way, but obviously horrific.

GN: My children are still back there in the middle of the San Fernando Valley, which is pretty much surrounded at the moment by these big fires, so it’s been a concern. We’ve been watching it constantly, but where our house is, the chance of fire ever reaching is incredibly remote. My concern is about the people there in the area and the devastation that’s going on. It’s epically horrific, you know. It’s really, really, really bad.

AC: I saw that your daughter Persia might be re-joining the tour in Houston, which is right before the Austin date. Is that still the plan?

GN: Yeah, that’s the plan. She should be back, and then she’ll do the last four or five shows with us, performing that one song [“My Name Is Ruin”], which will be fantastic. She does a brilliant job. On the record, especially, it really did make a difference. I was struggling with that song in the studio, to get the dynamics of it to work properly using my voice. I just didn’t have the range in my voice to lift the song the way it needed in certain places. And she was just absolutely perfect.

She’s a genuinely good singer. She has incredible control over her voice. She can mimic anything you like. And as she gets older, the power is coming as well. The strength in the voice is coming, not just the range and the control of it. So it’s lovely to see, and it’s lovely to have her there with us. It’s absolutely amazing to see the way the crowd reacts to her, and to see her confidence building. As time’s gone by, her confidence has got stronger and stronger.

AC: I’m wondering if you’re getting any new inspirations for stories. The current album is based on a partially completed novel. Any ideas for what you’re going to do next?

GN: I’d like to say yes, but no. That would be an absolute lie [laughs]. The truth is, this is an incredibly intensive tour. We’re doing 30 shows, I think, with four, five days off [total]. I do meet-and-greets every day. I do interviews every day. The nights are long. So I’ve got very, very little in my head if I’m honest.

I am thinking of small things though. I add more ideas to the novel every day. My big ambition is to get the book itself finished. The album has helped me to consolidate a number of ideas I had for the book, and really think about what the narrative of the book’s going to be – the main story, the sub story, and how they all interconnect. And I’ve been able to work on that, but it’s really just an extension of this same project that I’m on at the moment.

AC: My favorite song on the new album is “And It All Began With You.” That one sounds like a love song. It’s a positive note on the album – unless I’m completely reading it wrong?

GN: No, no. You’re quite right. It’s actually about my wife, and how to a very large degree the life I have with her would absolutely end without her. And it mentions God a lot. I mean, I don’t believe in God. I’m 100 percent atheist, but it’s all symbolic in the sense that if anything happened to her, then I would be finished as well. The reason it’s on the album, and I feel it’s justified within the global warming context, is because of the thought process that took me there.

The full story of that, which is in the book, doesn’t really come across in the album unfortunately: A man and a wife and his daughter are attacked by this religious group of fanatics. They kill the wife and kidnap the daughter, so the story is his quest, if you like, to get the daughter back and to find where they’ve taken her and so on. In the course of doing that, he becomes this person that’s so vicious and so brutal that he earns the nickname Ruin.

When I was writing that, it just started to make me think. It’s so very easy to just talk about him going off and trying to find his children. That’s an understandable thing. But how much of that would be fueled by the fact that his wife was taken? How much of that would be, almost to him, escaping the pain of his wife being lost? That started me thinking about how would it actually feel.

When you’re doing these things, you translate everything to your own life, of course. So I started to think about how would it be if she wasn’t around, if something happened to her. How would I actually feel? It all came from that. So it is – a love song for my wife, Gemma.

AC: I want to read this book! Sounds amazing. But no pressure!

GN: [Laughs] Yeah, no, it’s taken such a long time, I really do have to finish it. I’ve talked about it so much, it’s becoming embarrassing.

AC: It would make a nice conclusion, to wrap up the tour and get that out. Hopefully it’ll be warm when you get down here to Austin.

GN: Yeah, looking forward to that.