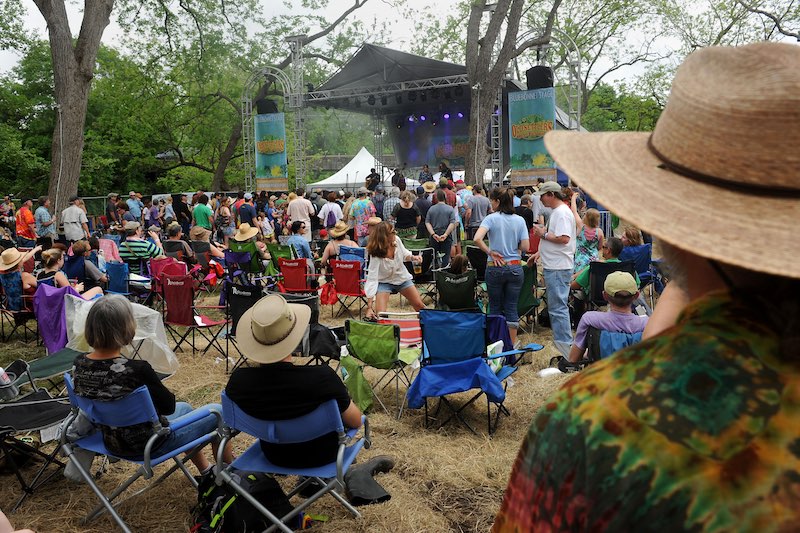 The court order, handed down Nov. 14, effectively prevents DMF’s promoters from selling tickets or booking acts for the weekend of April 19-22. As a result, Driftwood organizers now say they will look for new dates to hold the event.

The ongoing conflict became public in September when news broke that two OSMF employees, director of operations Scott Marshall and production manager Ryan Brittain, were planning their own event not only occupying the same dates as Old Settler’s, but taking place at the Salt Lick Pavilion and Camp Ben McCulloch in Driftwood, where OSMF had been held for the previous 15 years.

The latter folk and bluegrass gathering had previously announced a move to newly purchased property in Tilmon near Lockhart. OSMF Executive Director Jean Spivey says her event had “every intention” of staying at the Salt Lick for a final year in 2018, but were forced out by property owner Scott Roberts. Spivey, reached by phone early on Monday, said her team pursued legal action in October because DMF was using OSMF photos to promote the event and advertising it as a continuation of the long-running festival.

Court findings in the injunction document state that defendants Marshall, Brittain, and Driftwood Music Fest LLC “misrepresented themselves as being OSMF,” “used OSMF’s confidential information and trade secrets to unfairly compete with OSMF,” and “usurped OSMF’s 2017 plans to hold their 2018 festival at the Salt Lick and Camp Ben McCulloch.” The ruling orders DMF organizers to cease booking and marketing the event until the case goes to trial Jan. 22.

The two sides may not actually face off in court come the new year. Spivey confirms that Marshall and company have already sent her team a settlement letter they’re reviewing. She’s not certain at this time what exactly the agreeable terms will be.

“I think both parties would like to come to an agreement, but if we have to go to court, we will,” she offered. “We really want to focus on putting on a good fest and not having this hanging over our head.”

This afternoon, DMF issued a statement reiterating their earlier position – that their festival was created to serve the Driftwood community. They conceded their dates would change:

“Holding true to their partnership and friendship, festival co-founders Ryan Brittain and Scott Marshall have no choice but to now search for another date for this event, although the location will remain the same. At this time, no date has been selected and Driftwood Music Festival is now on hold until further notice.”

Despite the legal victory, Spivey acknowledges that the situation has already hurt OSMF 2018. Among other developments, one of their mainstay marquee acts, Shinyribs, has decided to avoid the drama between the two camps and play elsewhere on the last weekend of April.

More on Old Settler’s and Driftwood Music Fest in this week’s “Playback” column.